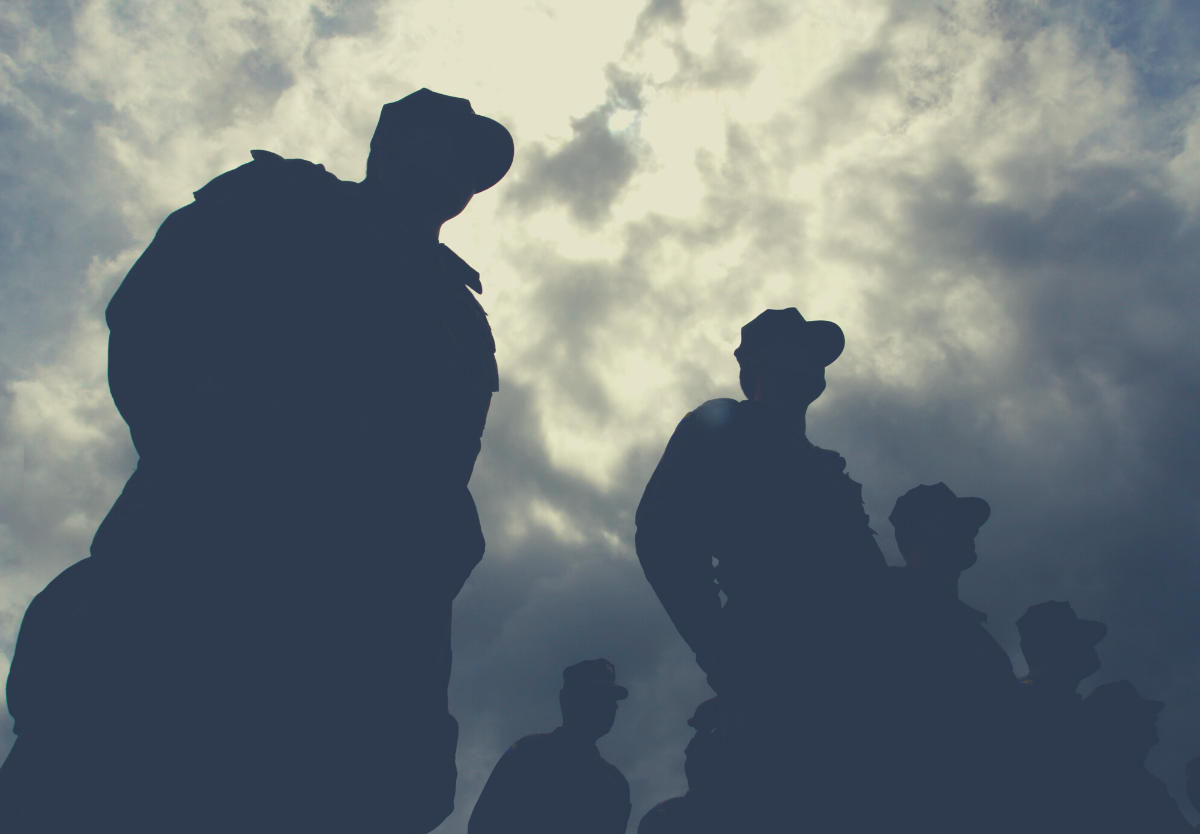 Gideon has amassed an army, but the LORD says that there are too many. In order that His people will not boast in His presence and to teach them that the victory is His alone, the LORD whittles Gideon’s army down to a mere 300 men. As Gideon continues to have difficulty seeing the LORD’s Word with the eyes of faith, the LORD graciously strengthens him once more as he overhears a Midianite dream; today, the LORD graciously strengthens our faith through His Word and Sacrament. The LORD delivers the victory into Gideon’s hand without Gideon or his men ever drawing their swords. The entire account is a picture of God’s gift of salvation by His grace through His strength and wisdom shown ultimately in Christ crucified for sinners.

7 Then Jerubbaal (that is, Gideon) and all the people who were with him rose early and encamped beside the spring of Harod. And the camp of Midian was north of them, by the hill of Moreh, in the valley.

2 The Lord said to Gideon, “The people with you are too many for me to give the Midianites into their hand, lest Israel boast over me, saying, ‘My own hand has saved me.’ 3 Now therefore proclaim in the ears of the people, saying, ‘Whoever is fearful and trembling, let him return home and hurry away from Mount Gilead.’” Then 22,000 of the people returned, and 10,000 remained.

9 That same night the Lord said to him, “Arise, go down against the camp, for I have given it into your hand. 10 But if you are afraid to go down, go down to the camp with Purah your servant. 11 And you shall hear what they say, and afterward your hands shall be strengthened to go down against the camp.” Then he went down with Purah his servant to the outposts of the armed men who were in the camp. 12 And the Midianites and the Amalekites and all the people of the East lay along the valley like locusts in abundance, and their camels were without number, as the sand that is on the seashore in abundance. 13 When Gideon came, behold, a man was telling a dream to his comrade. And he said, “Behold, I dreamed a dream, and behold, a cake of barley bread tumbled into the camp of Midian and came to the tent and struck it so that it fell and turned it upside down, so that the tent lay flat.” 14 And his comrade answered, “This is no other than the sword of Gideon the son of Joash, a man of Israel; God has given into his hand Midian and all the camp.”

15 As soon as Gideon heard the telling of the dream and its interpretation, he worshiped. And he returned to the camp of Israel and said, “Arise, for the Lord has given the host of Midian into your hand.” 16 And he divided the 300 men into three companies and put trumpets into the hands of all of them and empty jars, with torches inside the jars. 17 And he said to them, “Look at me, and do likewise. When I come to the outskirts of the camp, do as I do. 18 When I blow the trumpet, I and all who are with me, then blow the trumpets also on every side of all the camp and shout, ‘For the Lord and for Gideon.’”

19 So Gideon and the hundred men who were with him came to the outskirts of the camp at the beginning of the middle watch, when they had just set the watch. And they blew the trumpets and smashed the jars that were in their hands. 20 Then the three companies blew the trumpets and broke the jars. They held in their left hands the torches, and in their right hands the trumpets to blow. And they cried out, “A sword for the Lord and for Gideon!” 21 Every man stood in his place around the camp, and all the army ran. They cried out and fled. 22 When they blew the 300 trumpets, the Lord set every man’s sword against his comrade and against all the army. And the army fled as far as Beth-shittah toward Zererah,[a] as far as the border of Abel-meholah, by Tabbath. 23 And the men of Israel were called out from Naphtali and from Asher and from all Manasseh, and they pursued after Midian.

Oratio: We have been crucified in Christ