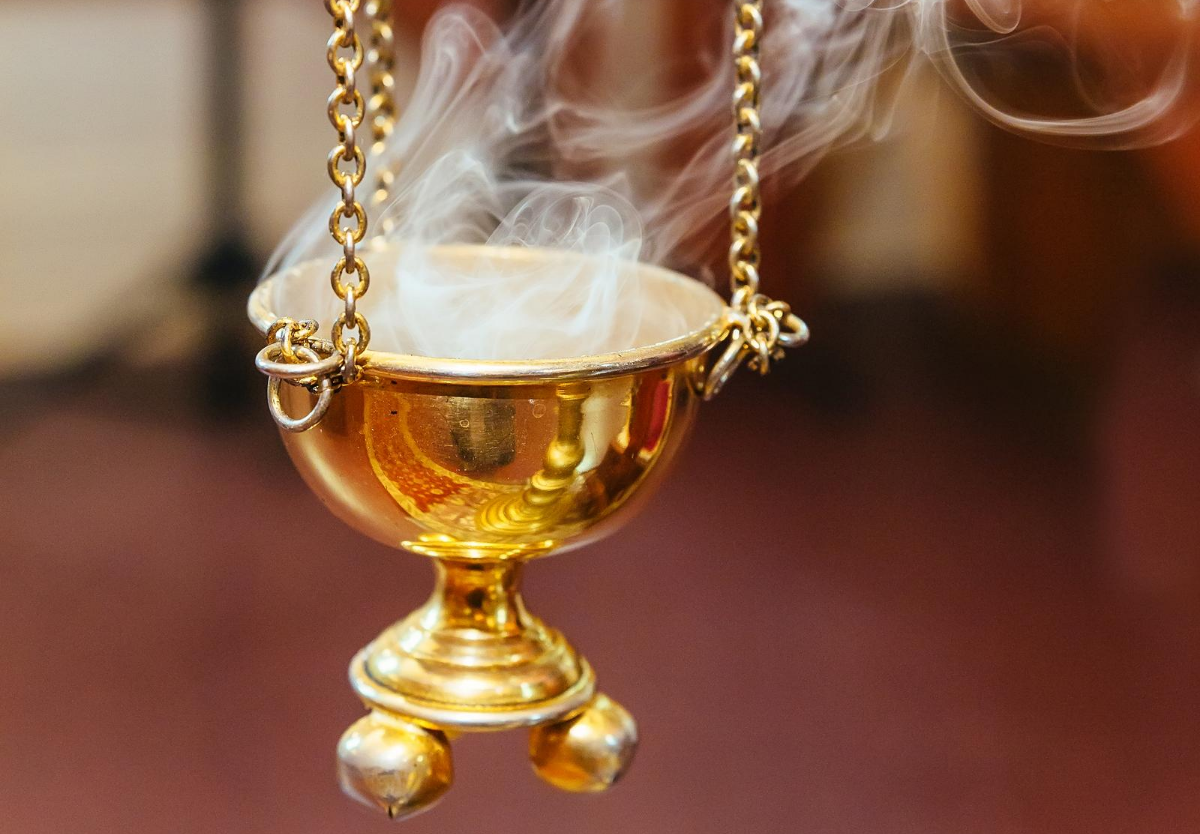 “He made the holy anointing oil also, and the pure fragrant incense.” Does this worship smell right? Exodus 37 continues the review of two things that went wrong at the golden calf festival: the misuse of gold to build an idol, and the immoral actions of its fertility cult. God is the creator of all; there are no bad things—only bad purposes. 75 pounds of pure gold were rightly used in repentance for the lampstand & its utensils alone. While nothing can escape God’s presence, He blesses His people by being especially present with His light and sacraments. He even takes on a certain smell to jog the memory, just as He does in the incarnation and Eucharist of the Lord Jesus.

10 He also made the table of acacia wood. Two cubits was its length, a cubit its breadth, and a cubit and a half its height. 11 And he overlaid it with pure gold, and made a molding of gold around it. 12 And he made a rim around it a handbreadth[b] wide, and made a molding of gold around the rim. 13 He cast for it four rings of gold and fastened the rings to the four corners at its four legs. 14 Close to the frame were the rings, as holders for the poles to carry the table. 15 He made the poles of acacia wood to carry the table, and overlaid them with gold. 16 And he made the vessels of pure gold that were to be on the table, its plates and dishes for incense, and its bowls and flagons with which to pour drink offerings.

Making the Altar of Incense

25 He made the altar of incense of acacia wood. Its length was a cubit, and its breadth was a cubit. It was square, and two cubits was its height. Its horns were of one piece with it. 26 He overlaid it with pure gold, its top and around its sides and its horns. And he made a molding of gold around it, 27 and made two rings of gold on it under its molding, on two opposite sides of it, as holders for the poles with which to carry it. 28 And he made the poles of acacia wood and overlaid them with gold.

29 He made the holy anointing oil also, and the pure fragrant incense, blended as by the perfumer.