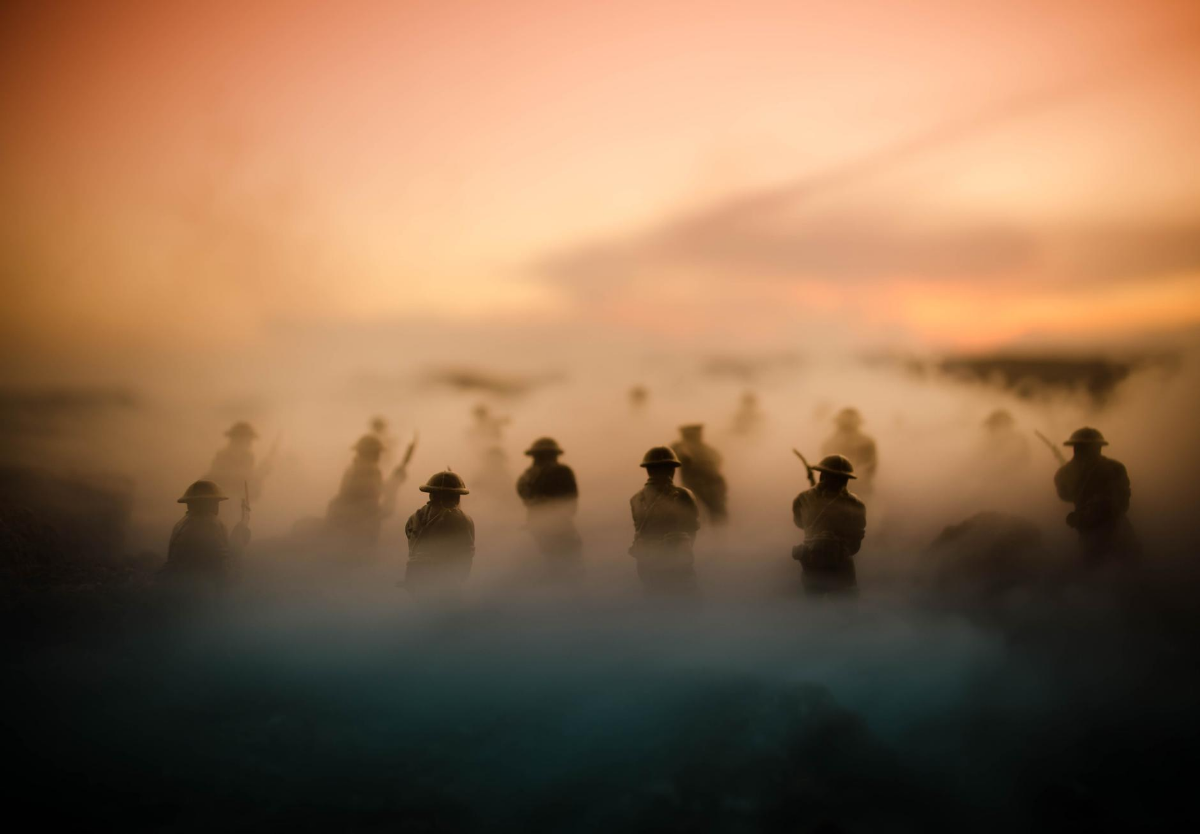 The fallout from the crime committed in Gibeah is swift. All the tribes of Israel except Benjamin gather together at Mizpah to hear the Levite present the case. He conveniently leaves out his own role in the matter, but the injustice committed is still clear. The tribes gathered speak as one man and go to Benjamin in an attempt to hold the sinners in Gibeah accountable. Rather than side with the LORD and His Word, the tribe of Benjamin sides with their own family members in their sin. Battle lines are drawn, and Benjamin is heavily outnumbered. Yet their skilled left-handed warriors make a big difference. They inflict heavy casualties on the rest of Israel the first two days of battle. Though Israel has finally begun to call upon the LORD, which they had neglected to do in their time of judgment, they have viewed His help more as a vending machine. Only when they approach the LORD according to His Word in repentance are they given the assurance of victory. Throughout the text, the reality that the people of Israel have rejected the LORD as king leads to tragedy and death.

Israel’s War with the Tribe of Benjamin

20 Then all the people of Israel came out, from Dan to Beersheba, including the land of Gilead, and the congregation assembled as one man to the Lord at Mizpah. 2 And the chiefs of all the people, of all the tribes of Israel, presented themselves in the assembly of the people of God, 400,000 men on foot that drew the sword. 3 (Now the people of Benjamin heard that the people of Israel had gone up to Mizpah.) And the people of Israel said, “Tell us, how did this evil happen?” 4 And the Levite, the husband of the woman who was murdered, answered and said, “I came to Gibeah that belongs to Benjamin, I and my concubine, to spend the night. 5 And the leaders of Gibeah rose against me and surrounded the house against me by night. They meant to kill me, and they violated my concubine, and she is dead. 6 So I took hold of my concubine and cut her in pieces and sent her throughout all the country of the inheritance of Israel, for they have committed abomination and outrage in Israel. 7 Behold, you people of Israel, all of you, give your advice and counsel here.”

8 And all the people arose as one man, saying, “None of us will go to his tent, and none of us will return to his house. 9 But now this is what we will do to Gibeah: we will go up against it by lot, 10 and we will take ten men of a hundred throughout all the tribes of Israel, and a hundred of a thousand, and a thousand of ten thousand, to bring provisions for the people, that when they come they may repay Gibeah of Benjamin for all the outrage that they have committed in Israel.” 11 So all the men of Israel gathered against the city, united as one man.

12 And the tribes of Israel sent men through all the tribe of Benjamin, saying, “What evil is this that has taken place among you? 13 Now therefore give up the men, the worthless fellows in Gibeah, that we may put them to death and purge evil from Israel.” But the Benjaminites would not listen to the voice of their brothers, the people of Israel. 14 Then the people of Benjamin came together out of the cities to Gibeah to go out to battle against the people of Israel. 15 And the people of Benjamin mustered out of their cities on that day 26,000 men who drew the sword, besides the inhabitants of Gibeah, who mustered 700 chosen men. 16 Among all these were 700 chosen men who were left-handed; every one could sling a stone at a hair and not miss. 17 And the men of Israel, apart from Benjamin, mustered 400,000 men who drew the sword; all these were men of war.

Oratio: Wisdom of God the Source of Everlasting Life