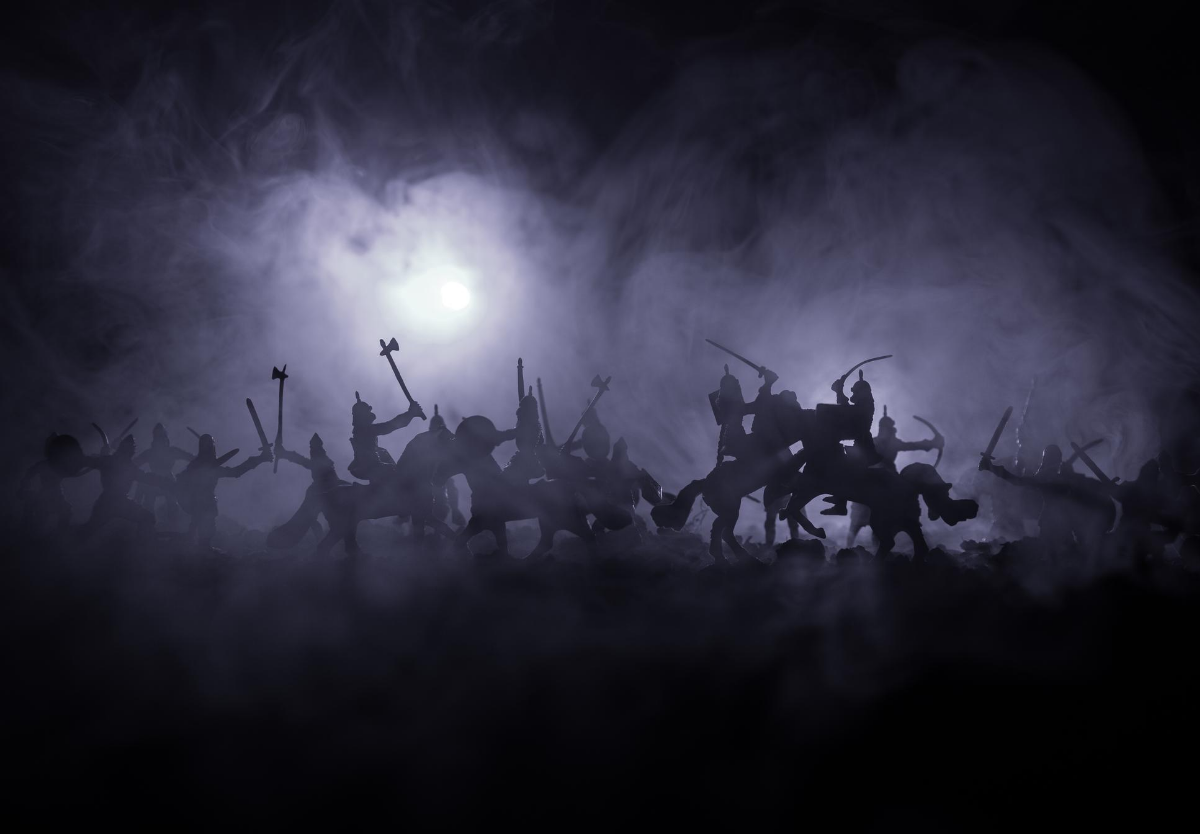 “Then Samuel’s word befell all of Israel, and Israel went out to meet the Philistines on the battlefield.” The Hebrew opens ominously in one of the most tragic chapters of the Bible. 1 Samuel 4, like Judges 20, begins with Israel wanting to make itself great in its own eyes. But God isn’t a magical insurance policy, a useful app, or “on demand” episodes of The Office—and He doesn’t show up. Then a wave of bad news & death spreads all over Israel, Yahweh’s own judgment against the polytheistic heart of Israel. We too act like heathens when we search for spiritual silver bullets in styles & slogans, but not even our own idolized Ichabods can console amidst the chaos of God’s absence. Christ came, not as the king we asked for, but as the king we needed, to repent in us and turn us back to God as king.

The Philistines Capture the Ark

4 And the word of Samuel came to all Israel.

5 As soon as the ark of the covenant of the Lord came into the camp, all Israel gave a mighty shout, so that the earth resounded. 6 And when the Philistines heard the noise of the shouting, they said, “What does this great shouting in the camp of the Hebrews mean?” And when they learned that the ark of the Lord had come to the camp, 7 the Philistines were afraid, for they said, “A god has come into the camp.” And they said, “Woe to us! For nothing like this has happened before. 8 Woe to us! Who can deliver us from the power of these mighty gods? These are the gods who struck the Egyptians with every sort of plague in the wilderness. 9 Take courage, and be men, O Philistines, lest you become slaves to the Hebrews as they have been to you; be men and fight.”

10 So the Philistines fought, and Israel was defeated, and they fled, every man to his home. And there was a very great slaughter, for thirty thousand foot soldiers of Israel fell. 11 And the ark of God was captured, and the two sons of Eli, Hophni and Phinehas, died.

The Death of Eli

12 A man of Benjamin ran from the battle line and came to Shiloh the same day, with his clothes torn and with dirt on his head. 13 When he arrived, Eli was sitting on his seat by the road watching, for his heart trembled for the ark of God. And when the man came into the city and told the news, all the city cried out. 14 When Eli heard the sound of the outcry, he said, “What is this uproar?” Then the man hurried and came and told Eli. 15 Now Eli was ninety-eight years old and his eyes were set so that he could not see. 16 And the man said to Eli, “I am he who has come from the battle; I fled from the battle today.” And he said, “How did it go, my son?” 17 He who brought the news answered and said, “Israel has fled before the Philistines, and there has also been a great defeat among the people. Your two sons also, Hophni and Phinehas, are dead, and the ark of God has been captured.” 18 As soon as he mentioned the ark of God, Eli fell over backward from his seat by the side of the gate, and his neck was broken and he died, for the man was old and heavy. He had judged Israel forty years.

19 Now his daughter-in-law, the wife of Phinehas, was pregnant, about to give birth. And when she heard the news that the ark of God was captured, and that her father-in-law and her husband were dead, she bowed and gave birth, for her pains came upon her. 20 And about the time of her death the women attending her said to her, “Do not be afraid, for you have borne a son.” But she did not answer or pay attention. 21 And she named the child Ichabod, saying, “The glory has departed[b] from Israel!” because the ark of God had been captured and because of her father-in-law and her husband. 22 And she said, “The glory has departed from Israel, for the ark of God has been captured.”

A Moment for the Family: Returning to School During a Pandemic