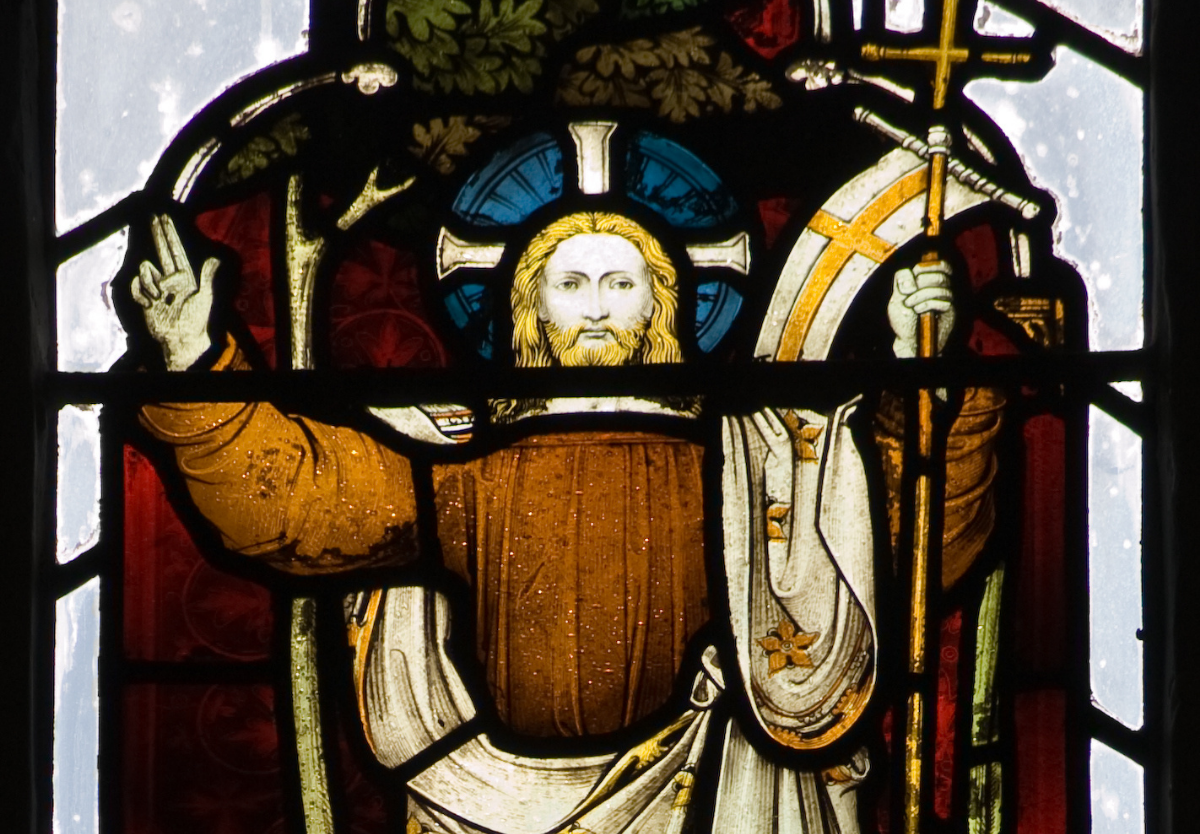 Home » Thy Strong Word – Matthew 28: Authorized Messages, ☧ Himself Stands by Us

“They gave a sufficient sum of money to the soldiers and said, ‘Tell people, “His disciples came by night and stole him away while we were asleep.’” We like to say that we make up our own minds, but the truth is that we take most things on authority: doctors, engineers, lawyers, researchers, wellness gurus—we take their words to heart and we spread the word.

Which authorities will we believe when it comes to life, loyalty, and identity? In Matthew 28, an angel demonstrates supernatural power and tells the women that someone has come back from the dead. Political authorities use their wealth to bribe the soldiers to say that the body was stolen. A convicted criminal claims the authority of God Himself to authorize the catechesis of Israel’s mortal enemies. Amidst conflicting authorities, only Jesus Christ promises to be “with us” Himself in the resurrected flesh.

16 Now the eleven disciples went to Galilee, to the mountain to which Jesus had directed them. 17 And when they saw him they worshiped him, but some doubted. 18 And Jesus came and said to them, “All authority in heaven and on earth has been given to me. 19 Go therefore and make disciples of all nations, baptizing them in[b] the name of the Father and of the Son and of the Holy Spirit, 20 teaching them to observe all that I have commanded you. And behold, I am with you always, to the end of the age.”

A Moment in Creation: Doubting Thomas