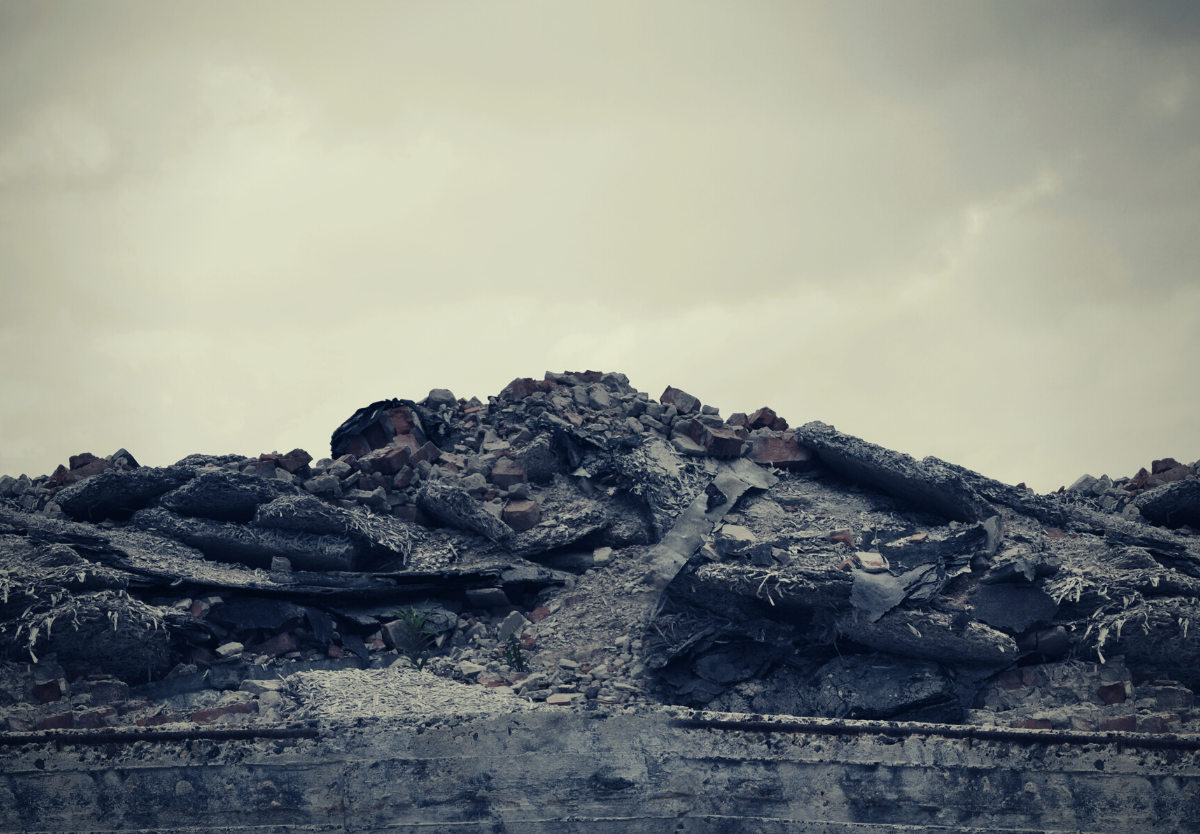 Home » Sharper Iron — Mercy for Mourners: Who Considers the Power of God’s Anger?

Jeremiah reflects theologically on the fall of Jerusalem. He does not let God off the hook. The prophet is very clear that the LORD is the One who has brought about the destruction of Jerusalem. The LORD has poured out His anger on His people; He has become like an enemy to His own daughter, Zion. Even His temple, the place where He dwelt among His people, has been laid waste. What can people who recognize they are under the LORD’s wrath do? They can only move from God to God, which is where the book of Lamentations is going. When we recognize God’s wrath upon us, we can only flee to God as the One who has taken His wrath on Himself in the person and work of Jesus Christ.

The Lord Has Destroyed Without Pity

2 How the Lord in his anger
has set the daughter of Zion under a cloud!
He has cast down from heaven to earth
the splendor of Israel;
he has not remembered his footstool
in the day of his anger.

2 The Lord has swallowed up without mercy
all the habitations of Jacob;
in his wrath he has broken down
the strongholds of the daughter of Judah;
he has brought down to the ground in dishonor
the kingdom and its rulers.

3 He has cut down in fierce anger
all the might of Israel;
he has withdrawn from them his right hand
in the face of the enemy;
he has burned like a flaming fire in Jacob,
consuming all around.

4 He has bent his bow like an enemy,
with his right hand set like a foe;
and he has killed all who were delightful in our eyes
in the tent of the daughter of Zion;
he has poured out his fury like fire.

6 He has laid waste his booth like a garden,
laid in ruins his meeting place;
the Lord has made Zion forget
festival and Sabbath,
and in his fierce indignation has spurned king and priest.

7 The Lord has scorned his altar,
disowned his sanctuary;
he has delivered into the hand of the enemy
the walls of her palaces;
they raised a clamor in the house of the Lord
as on the day of festival.

8 The Lord determined to lay in ruins
the wall of the daughter of Zion;
he stretched out the measuring line;
he did not restrain his hand from destroying;
he caused rampart and wall to lament;
they languished together.

9 Her gates have sunk into the ground;
he has ruined and broken her bars;
her king and princes are among the nations;
the law is no more,
and her prophets find
no vision from the Lord.

10 The elders of the daughter of Zion
sit on the ground in silence;
they have thrown dust on their heads
and put on sackcloth;
the young women of Jerusalem
have bowed their heads to the ground.

Oratio: Remain Faithful to the Lord

The Coffee Hour - Faith Is the Antidote to Fear