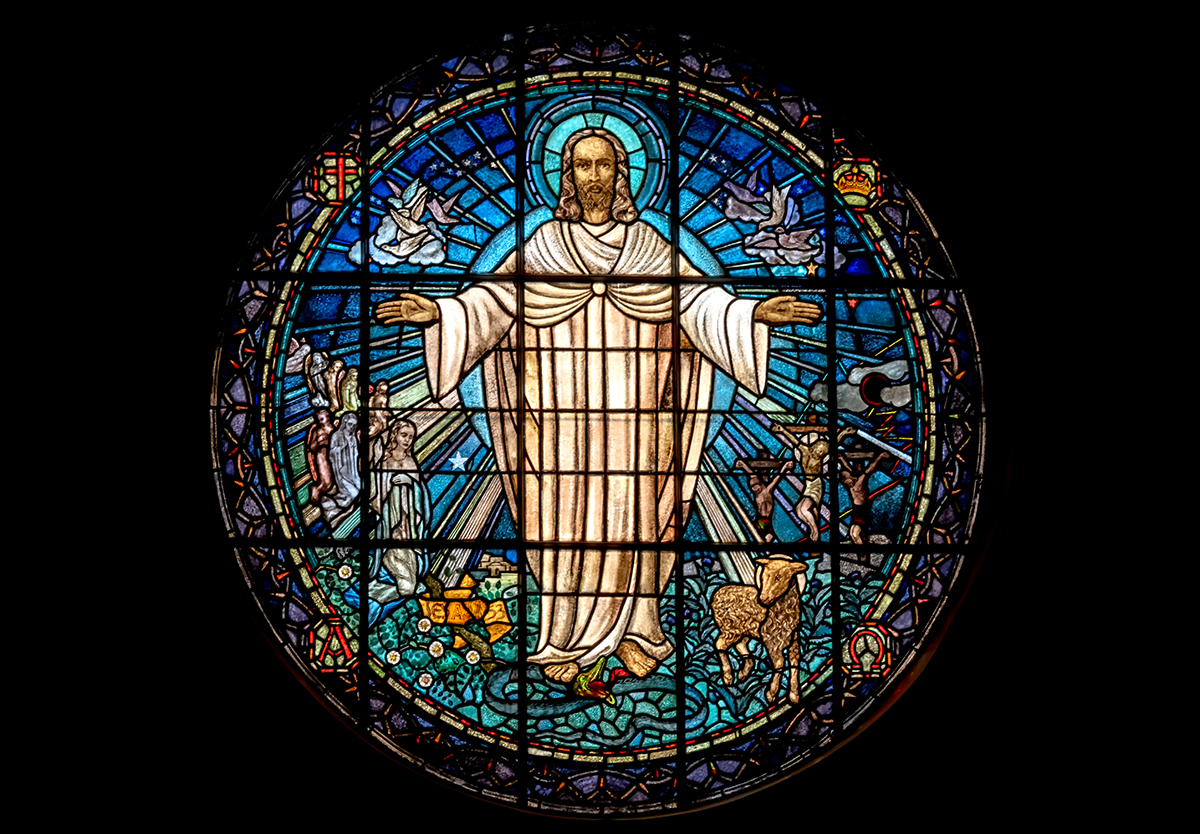 Home » Sharper Iron — Christ is the Object of Thanksgiving (Rebroadcast)

Samaria was not a place where many Jews of Jesus’ day ventured, but that is exactly the route Jesus took to Jerusalem and His cross. There Jesus encountered ten lepers. These men not only suffered greatly physically from this terrible illness. Even more than that, they were separated from their community and worship life through the ceremonial uncleanness they endured. This served as a picture of the sin that infects all people. That’s why these ten lepers cry out to Jesus for mercy, His grace and compassion that alone can heal and save. Jesus sends them to show themselves to the priest, and as they go, His Word effects healing. One recognizes what has happened and believes. He returns to Jesus as the true Temple, the place where God dwells in human flesh. He returns to Jesus as the true Priest, the one who makes the final sacrifice for sin. He praises God by giving praise and thanks to Jesus. The Lord marvels at the faith of this Samaritan. Though he had been a foreigner, by faith, he is now a citizen of Jesus’ heavenly kingdom. Jesus calls him to join Him on the journey of discipleship with Him, holding onto the faith that has made him well. This text invites us to do far more than simply make sure we go back to Jesus to tell Him, “Thank you,” as some sort of formality. Instead, this text calls us to the same faith as that one leper, recognizing that Jesus is the one true God in our human flesh to whom belongs all our praise and thanks for His gift of cleansing from sin.

11 On the way to Jerusalem he was passing along between Samaria and Galilee. 12 And as he entered a village, he was met by ten lepers,[a] who stood at a distance 13 and lifted up their voices, saying, “Jesus, Master, have mercy on us.” 14 When he saw them he said to them, “Go and show yourselves to the priests.” And as they went they were cleansed. 15 Then one of them, when he saw that he was healed, turned back, praising God with a loud voice; 16 and he fell on his face at Jesus’ feet, giving him thanks. Now he was a Samaritan. 17 Then Jesus answered, “Were not ten cleansed? Where are the nine? 18 Was no one found to return and give praise to God except this foreigner?” 19 And he said to him, “Rise and go your way; your faith has made you well.”[b]

The Coffee Hour - Holidays and the Ministry Family (Rebroadcast)