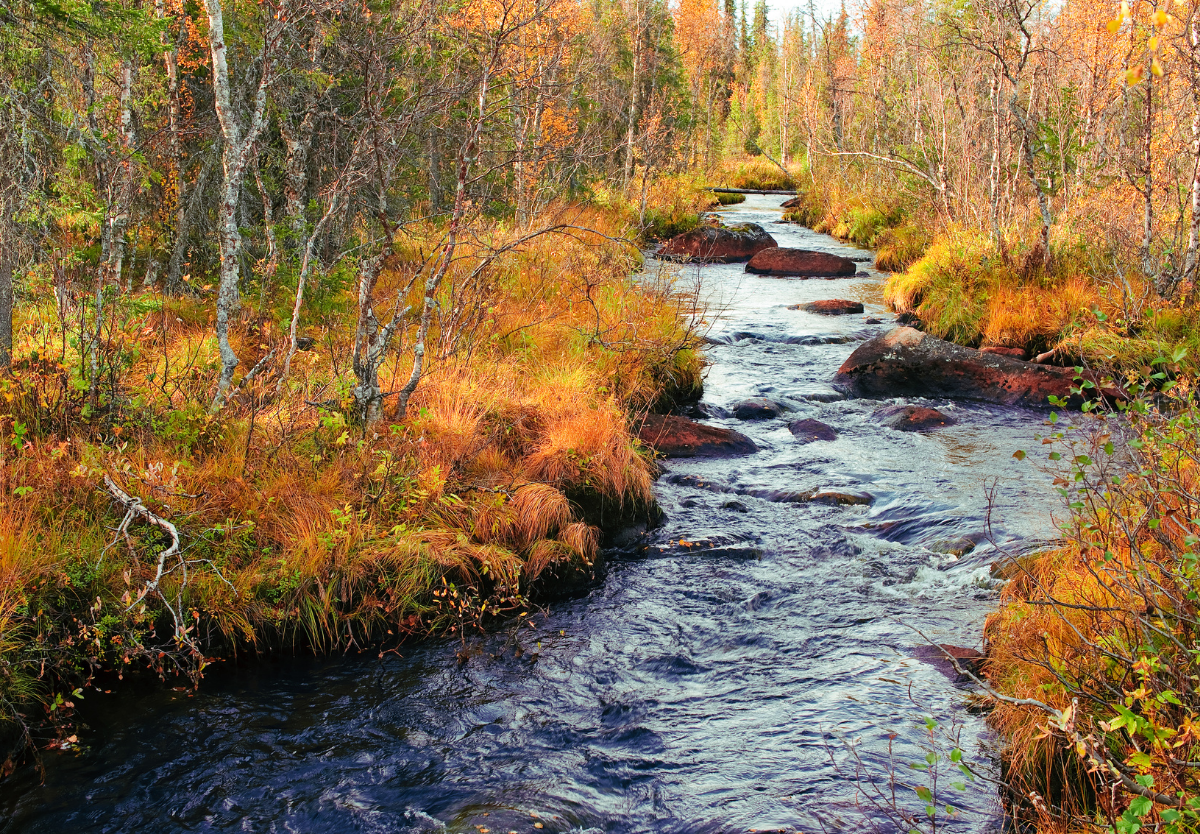 Home » Sharper Iron — The Faithful Watchman: The River of Life

Ezekiel sees a river flow from the new temple. Although no tributaries join this river, it grows from a trickle into the mightiest of rivers. Because it flows from the presence of God, this river provides life all around. The saltiness of the Dead Sea is made fresh. Multitudes of fish find a home there. All kinds of trees bear all kinds of fruit for food, and their leaves give healing. The vision Ezekiel sees is fulfilled in Jesus, who is the true temple of God who gives water of eternal life in Holy Baptism. St. John sees the fullness of this vision at the end of Revelation. Ezekiel also sees the boundaries of the Promised Land. The LORD will make His people dwell securely here, and He also provides inclusion for sojourners to be made a part of His people. This is a picture of the LORD’s desire to bring salvation through Jesus Christ to all nations.

Water Flowing from the Temple

Then he led me back to the bank of the river. 7 As I went back, I saw on the bank of the river very many trees on the one side and on the other. 8 And he said to me, “This water flows toward the eastern region and goes down into the Arabah, and enters the sea;[b] when the water flows into the sea, the water will become fresh.[c] 9 And wherever the river goes,[d] every living creature that swarms will live, and there will be very many fish. For this water goes there, that the waters of the sea[e] may become fresh; so everything will live where the river goes. 10 Fishermen will stand beside the sea. From Engedi to Eneglaim it will be a place for the spreading of nets. Its fish will be of very many kinds, like the fish of the Great Sea.[f] 11 But its swamps and marshes will not become fresh; they are to be left for salt. 12 And on the banks, on both sides of the river, there will grow all kinds of trees for food. Their leaves will not wither, nor their fruit fail, but they will bear fresh fruit every month, because the water for them flows from the sanctuary. Their fruit will be for food, and their leaves for healing.”

Division of the Land

13 Thus says the Lord God: “This is the boundary[g] by which you shall divide the land for inheritance among the twelve tribes of Israel. Joseph shall have two portions. 14 And you shall divide equally what I swore to give to your fathers. This land shall fall to you as your inheritance.

18 “On the east side, the boundary shall run between Hauran and Damascus; along the Jordan between Gilead and the land of Israel; to the eastern sea and as far as Tamar.[k] This shall be the east side.

19 “On the south side, it shall run from Tamar as far as the waters of Meribah-kadesh, from there along the Brook of Egypt[l] to the Great Sea. This shall be the south side.

Oratio: Surely I Am Coming Soon