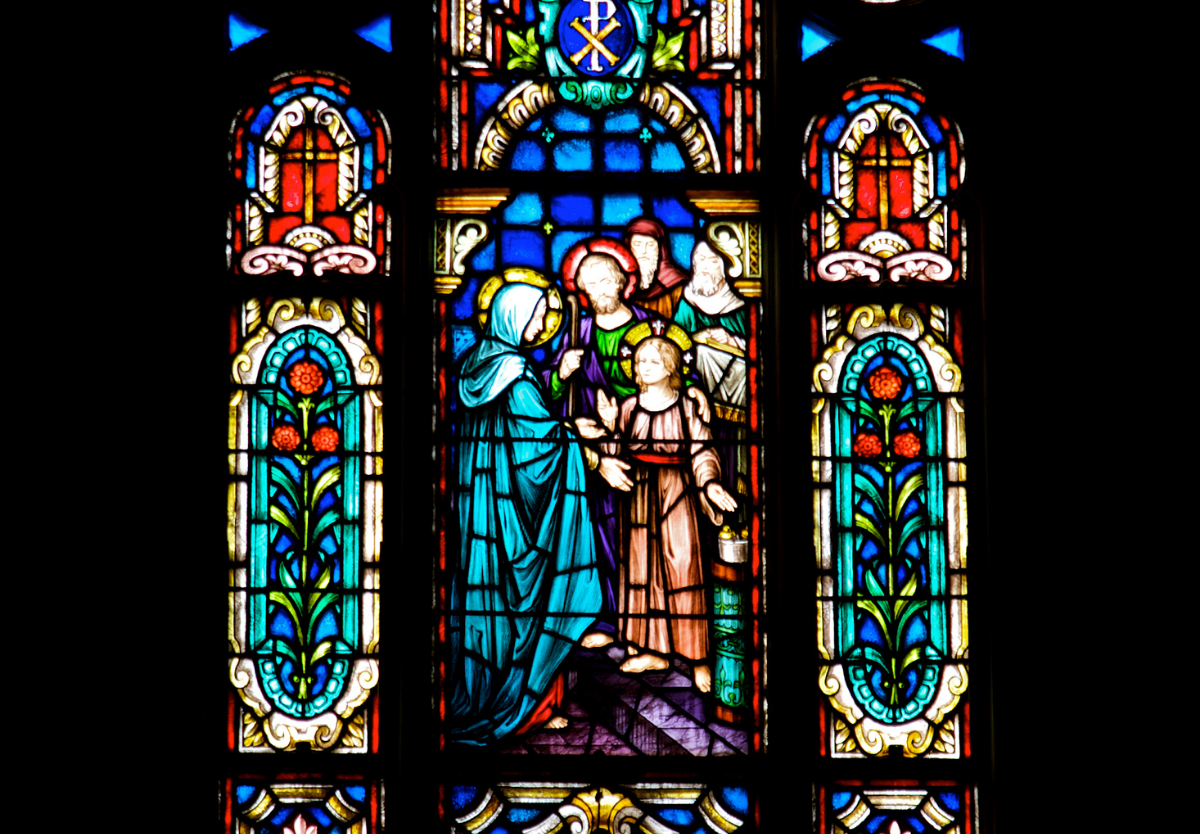 Home » Sharper Iron — The Beloved Physician’s Orderly Account: Within the Father’s House About the Father’s Work

The Lord returns to His temple as a twelve-year-old boy. He goes there according to the custom of His family in order to celebrate the Passover. In this, Jesus shows Himself to be our Savior as the fulfillment of the Passover lamb, and Jesus also shows Himself to be our example by His attentiveness to the worship life of the Church. When the observance of the Passover is ended, Mary and Joseph make the honest mistake of leaving without Jesus. When they realize that He is not among their traveling family group, they return to Jerusalem where they search for Him frantically for three days. The length of time they search for Jesus is a foreshadow of those who will look for Jesus for three days, only to find Him risen from the dead, precisely as He had said. Mary and Joseph also find Jesus precisely where He had said, in His Father’s house, doing His Father’s work. Jesus still wants us to find Him doing HIs Father’s work in His Word and Sacraments. Jesus again fulfills the Law in our place by being submissive to Mary and Joseph, and He continues to grow as a human being like us in every way, except without sin.

The Boy Jesus in the Temple

41 Now his parents went to Jerusalem every year at the Feast of the Passover. 42 And when he was twelve years old, they went up according to custom. 43 And when the feast was ended, as they were returning, the boy Jesus stayed behind in Jerusalem. His parents did not know it, 44 but supposing him to be in the group they went a day’s journey, but then they began to search for him among their relatives and acquaintances, 45 and when they did not find him, they returned to Jerusalem, searching for him. 46 After three days they found him in the temple, sitting among the teachers, listening to them and asking them questions. 47 And all who heard him were amazed at his understanding and his answers. 48 And when his parents[a] saw him, they were astonished. And his mother said to him, “Son, why have you treated us so? Behold, your father and I have been searching for you in great distress.” 49 And he said to them, “Why were you looking for me? Did you not know that I must be in my Father’s house?”[b] 50 And they did not understand the saying that he spoke to them. 51 And he went down with them and came to Nazareth and was submissive to them. And his mother treasured up all these things in her heart.

52 And Jesus increased in wisdom and in stature[c] and in favor with God and man.

Oratio: Who Can Be Against Us?

The Coffee Hour — Sharing the Gospel in Uruguay