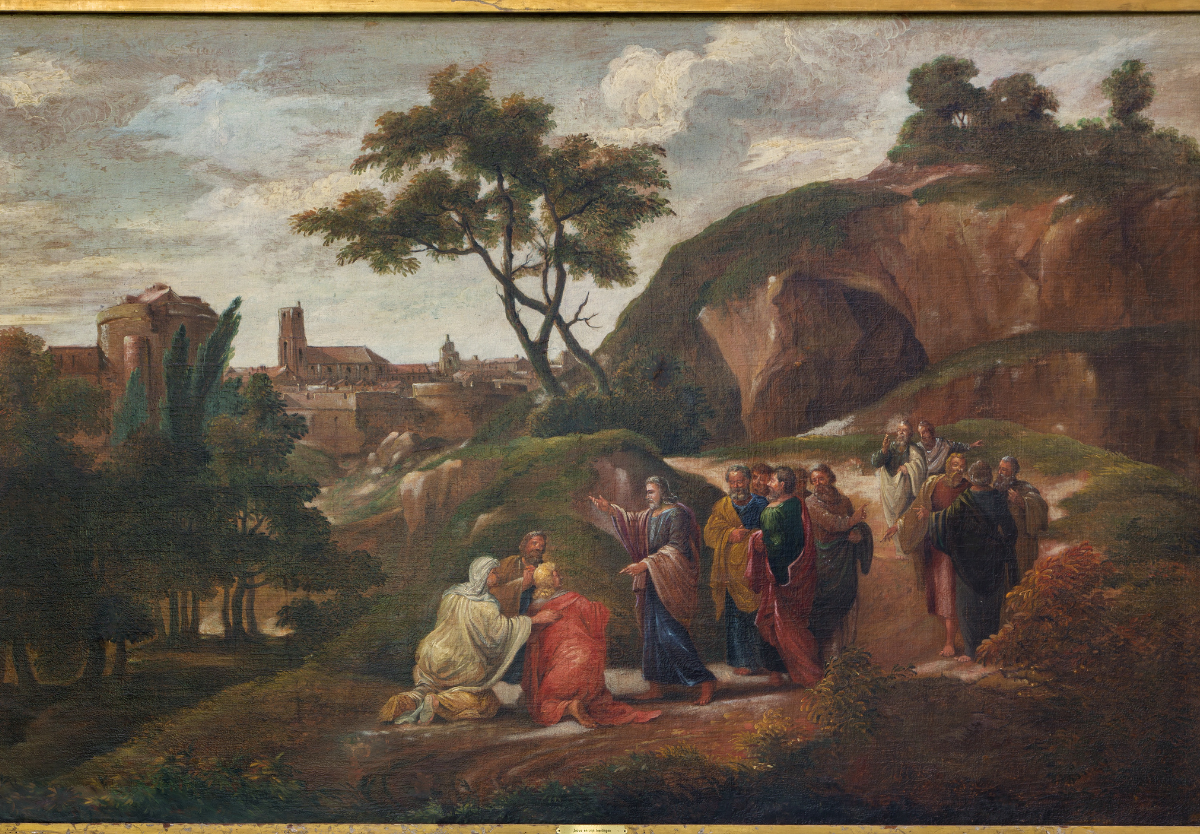 Jesus’ prayer on the mountain serves to show Him as the Savior who intercedes for His people and also sets an example for us to follow. The Father answers the Son’s prayer as the next morning Jesus speaks His authoritative Word to call twelve of His disciples as His apostles. These are the men He will send to proclaim and write His Word for His Church. The first eleven men are all sinners whom the Lord called to Himself and used in a variety of ways for His Church. Judas Iscariot, named last, was truly an apostle, yet fell away from the faith to become the betrayer. As Jesus comes down the mountain with His twelve apostles, He continues His ministry of healing and teaching, preparing to give a longer sermon to the crowds that have gathered.

12 In these days he went out to the mountain to pray, and all night he continued in prayer to God. 13 And when day came, he called his disciples and chose from them twelve, whom he named apostles: 14 Simon, whom he named Peter, and Andrew his brother, and James and John, and Philip, and Bartholomew, 15 and Matthew, and Thomas, and James the son of Alphaeus, and Simon who was called the Zealot, 16 and Judas the son of James, and Judas Iscariot, who became a traitor.