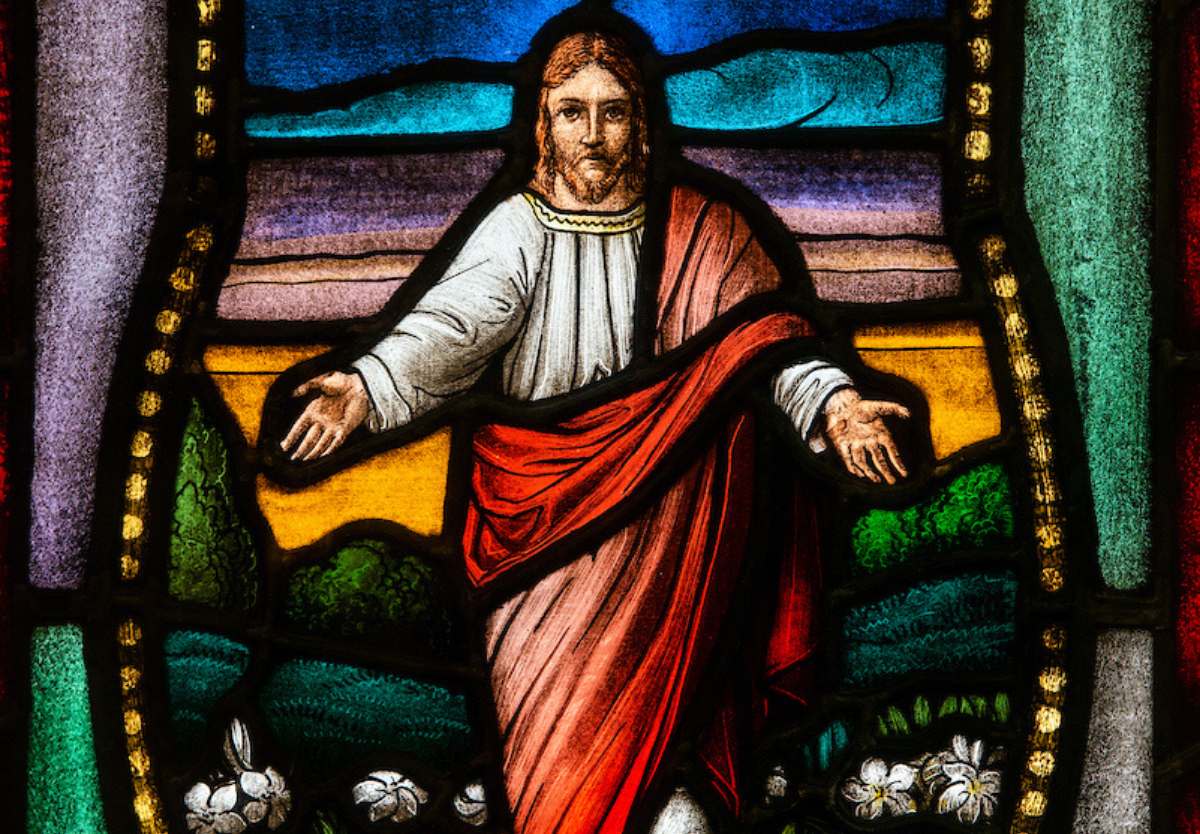 After Jesus concludes His Sermon on the Plain, Jesus goes to Capernaum, a place where He has been received favorably in the past. A centurion there sends the elders of the Jews to Jesus in order to request healing for one of the centurion’s servants. Before Jesus arrives, the centurion sends more friends to Jesus. The centurion recognizes his own unworthiness to have Jesus come to him, yet also knows that just the Word of Jesus will bring healing. Jesus marvels at the centurion’s faith, which stands as an example to Christians still. Later, in a town called Nain, Jesus meets death head on. A particularly tragic case confronts Him, as the only son of a widow has died. Jesus touches the bier and raises the man to life, a precursor of His own resurrection on the third day and the resurrection of all the righteous on the Last Day. This is the true Christian comfort in the face of death.

7 After he had finished all his sayings in the hearing of the people, he entered Capernaum. 2 Now a centurion had a servant[a] who was sick and at the point of death, who was highly valued by him. 3 When the centurion[b] heard about Jesus, he sent to him elders of the Jews, asking him to come and heal his servant. 4 And when they came to Jesus, they pleaded with him earnestly, saying, “He is worthy to have you do this for him, 5 for he loves our nation, and he is the one who built us our synagogue.” 6 And Jesus went with them. When he was not far from the house, the centurion sent friends, saying to him, “Lord, do not trouble yourself, for I am not worthy to have you come under my roof. 7 Therefore I did not presume to come to you. But say the word, and let my servant be healed. 8 For I too am a man set under authority, with soldiers under me: and I say to one, ‘Go,’ and he goes; and to another, ‘Come,’ and he comes; and to my servant, ‘Do this,’ and he does it.” 9 When Jesus heard these things, he marveled at him, and turning to the crowd that followed him, said, “I tell you, not even in Israel have I found such faith.” 10 And when those who had been sent returned to the house, they found the servant well.

11 Soon afterward[c] he went to a town called Nain, and his disciples and a great crowd went with him. 12 As he drew near to the gate of the town, behold, a man who had died was being carried out, the only son of his mother, and she was a widow, and a considerable crowd from the town was with her. 13 And when the Lord saw her, he had compassion on her and said to her, “Do not weep.” 14 Then he came up and touched the bier, and the bearers stood still. And he said, “Young man, I say to you, arise.” 15 And the dead man sat up and began to speak, and Jesus[d] gave him to his mother. 16 Fear seized them all, and they glorified God, saying, “A great prophet has arisen among us!” and “God has visited his people!” 17 And this report about him spread through the whole of Judea and all the surrounding country.