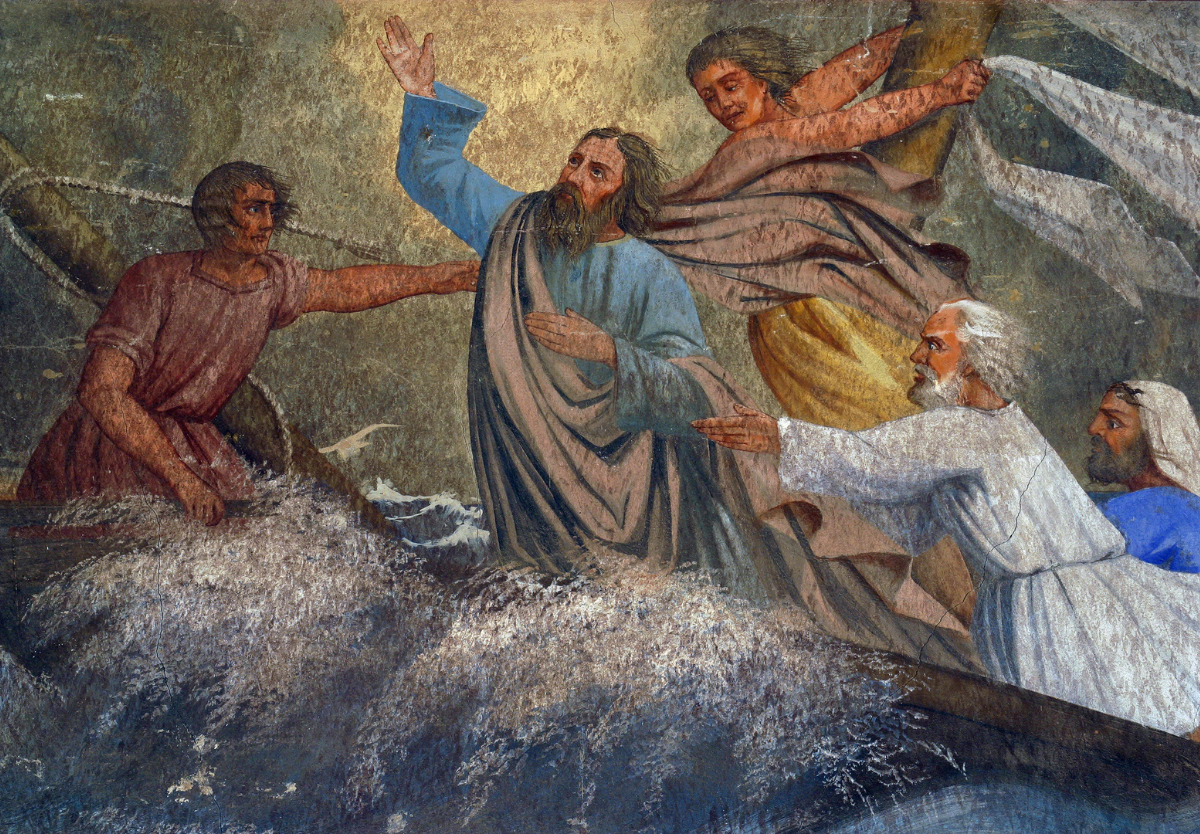 When Jesus gets into the boat with His disciples, He promises them that they are going to the other side of the lake. As long as they are in the boat with Jesus, they are safe. This provides a picture of our life in the Church. Jesus shows His power over wind and waves with only His Word, a type of miracle He does here for the first time. When the disciples ask themselves who Jesus, the text calls us to confess that Jesus truly is God. When He arrives on the opposite shore of the lake, He is clearly in enemy territory. A demon-possessed man confronts Jesus. The demon has proved too strong for the man or anyone else to subdue, but Jesus has come as the Stronger Man who binds Satan. Jesus casts the demon out of the man and into a herd of pigs. When the pigs rush to their doom, the people of the region are frightened by Jesus’ power. The man himself, now made entirely well by Jesus, is sent to his home to proclaim all that God has done for him in Jesus.

26 Then they sailed to the country of the Gerasenes,[a] which is opposite Galilee. 27 When Jesus[b] had stepped out on land, there met him a man from the city who had demons. For a long time he had worn no clothes, and he had not lived in a house but among the tombs. 28 When he saw Jesus, he cried out and fell down before him and said with a loud voice, “What have you to do with me, Jesus, Son of the Most High God? I beg you, do not torment me.” 29 For he had commanded the unclean spirit to come out of the man. (For many a time it had seized him. He was kept under guard and bound with chains and shackles, but he would break the bonds and be driven by the demon into the desert.) 30 Jesus then asked him, “What is your name?” And he said, “Legion,” for many demons had entered him. 31 And they begged him not to command them to depart into the abyss. 32 Now a large herd of pigs was feeding there on the hillside, and they begged him to let them enter these. So he gave them permission. 33 Then the demons came out of the man and entered the pigs, and the herd rushed down the steep bank into the lake and drowned.

34 When the herdsmen saw what had happened, they fled and told it in the city and in the country. 35 Then people went out to see what had happened, and they came to Jesus and found the man from whom the demons had gone, sitting at the feet of Jesus, clothed and in his right mind, and they were afraid. 36 And those who had seen it told them how the demon-possessed[c] man had been healed. 37 Then all the people of the surrounding country of the Gerasenes asked him to depart from them, for they were seized with great fear. So he got into the boat and returned. 38 The man from whom the demons had gone begged that he might be with him, but Jesus sent him away, saying, 39 “Return to your home, and declare how much God has done for you.” And he went away, proclaiming throughout the whole city how much Jesus had done for him.

Oratio: The Love of Christ has Saved Us

The Coffee Hour — Arise and Shine in Splendor: Epiphany Hymns