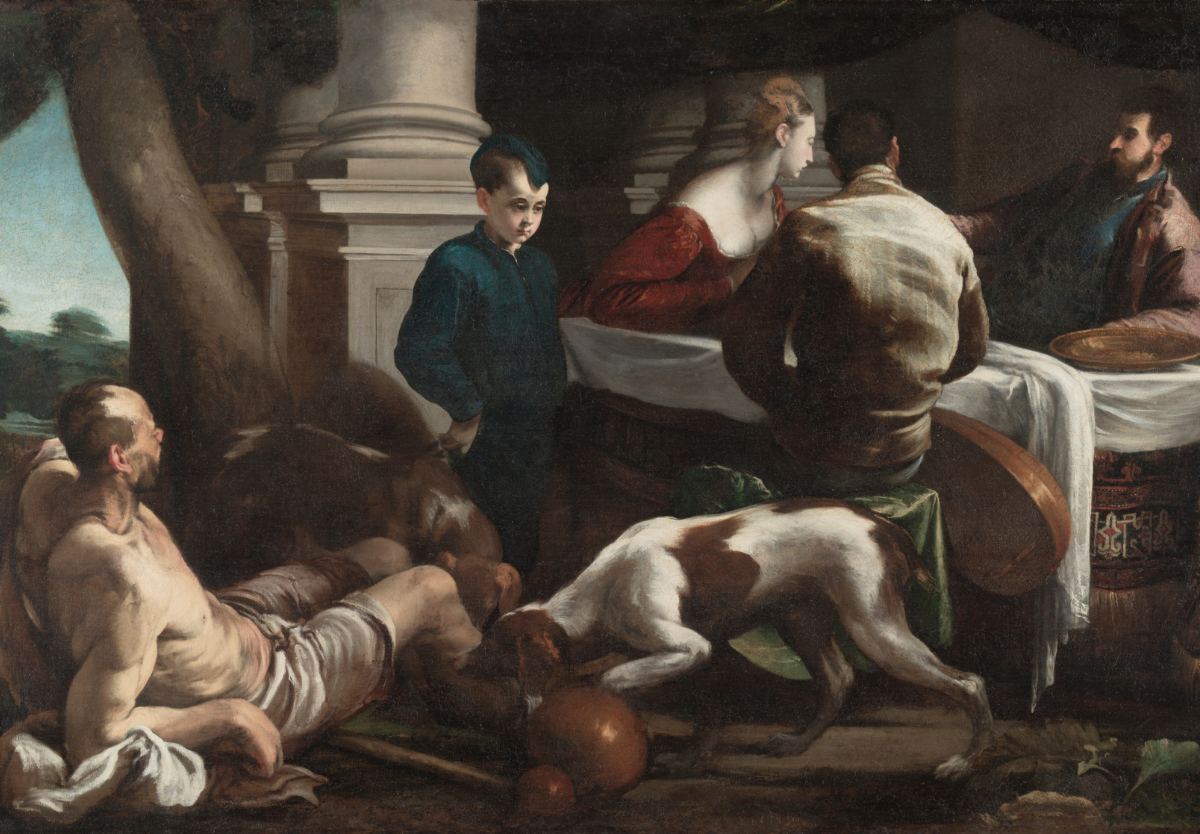 Jesus continues to seek after the lost Pharisees by using the illustration of Lazarus and the rich man. Though Lazarus is poor in this life, he is known to God by name, and his faith results in the riches of eternal life. The fact that the angels carry Lazarus to Abraham’s side at death brings comfort to Christians as we face death. Though the rich man has all he wants in this life, he is unknown to God by name, and his unbelief results in the poverty of hell. Here Jesus portrays the great reversal that happens in the kingdom of God. The one who was sure his heritage or deeds would keep him in the kingdom found out that he was actually outside. The truth for salvation is found in the Word of God; those who would be saved must listen to God in His Word and nowhere else.

19 “There was a rich man who was clothed in purple and fine linen and who feasted sumptuously every day. 20 And at his gate was laid a poor man named Lazarus, covered with sores, 21 who desired to be fed with what fell from the rich man’s table. Moreover, even the dogs came and licked his sores. 22 The poor man died and was carried by the angels to Abraham’s side.[a] The rich man also died and was buried, 23 and in Hades, being in torment, he lifted up his eyes and saw Abraham far off and Lazarus at his side. 24 And he called out, ‘Father Abraham, have mercy on me, and send Lazarus to dip the end of his finger in water and cool my tongue, for I am in anguish in this flame.’ 25 But Abraham said, ‘Child, remember that you in your lifetime received your good things, and Lazarus in like manner bad things; but now he is comforted here, and you are in anguish. 26 And besides all this, between us and you a great chasm has been fixed, in order that those who would pass from here to you may not be able, and none may cross from there to us.’ 27 And he said, ‘Then I beg you, father, to send him to my father’s house— 28 for I have five brothers—so that he may warn them, lest they also come into this place of torment.’ 29 But Abraham said, ‘They have Moses and the Prophets; let them hear them.’ 30 And he said, ‘No, father Abraham, but if someone goes to them from the dead, they will repent.’ 31 He said to him, ‘If they do not hear Moses and the Prophets, neither will they be convinced if someone should rise from the dead.’”

Oratio: The Savior Loves You

The Coffee Hour - The Legacy of St. Patrick (Rebroadcast)