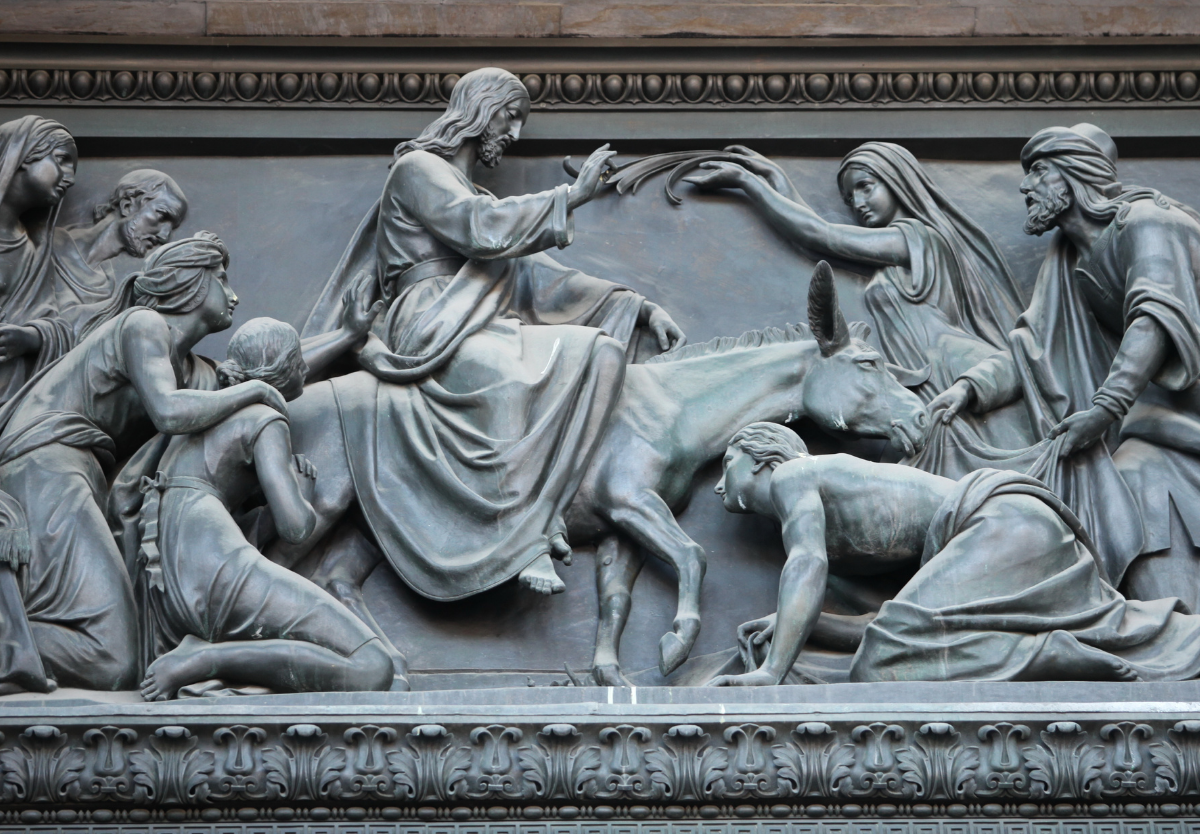 The time has arrived. Jesus has set His face toward Jerusalem, and now He prepares to enter into His city as the true King. His entrance on a colt clearly identifies Him as the King, yet the King who comes in humility for the purpose He has revealed to His disciples many times: He comes to suffer, die, and rise in Jerusalem. Jesus’ precise instructions to His disciples concerning the colt reveal the trustworthiness of His Word. Though the crowd of disciples may not have fully understood everything they sang, their words proclaimed the truth concerning Jesus. He is the fulfillment of Psalm 118 who has come to give true peace between heaven and earth. The Pharisees’ response of unbelief stands as a warning for all who would not receive Jesus in faith. The Palm Sunday text reminds us to receive Jesus as the King who has come to die and rise to be our Savior.

28 And when he had said these things, he went on ahead, going up to Jerusalem. 29 When he drew near to Bethphage and Bethany, at the mount that is called Olivet, he sent two of the disciples, 30 saying, “Go into the village in front of you, where on entering you will find a colt tied, on which no one has ever yet sat. Untie it and bring it here. 31 If anyone asks you, ‘Why are you untying it?’ you shall say this: ‘The Lord has need of it.’” 32 So those who were sent went away and found it just as he had told them. 33 And as they were untying the colt, its owners said to them, “Why are you untying the colt?” 34 And they said, “The Lord has need of it.” 35 And they brought it to Jesus, and throwing their cloaks on the colt, they set Jesus on it. 36 And as he rode along, they spread their cloaks on the road. 37 As he was drawing near—already on the way down the Mount of Olives—the whole multitude of his disciples began to rejoice and praise God with a loud voice for all the mighty works that they had seen, 38 saying, “Blessed is the King who comes in the name of the Lord! Peace in heaven and glory in the highest!” 39 And some of the Pharisees in the crowd said to him, “Teacher, rebuke your disciples.” 40 He answered, “I tell you, if these were silent, the very stones would cry out.”

Oratio: Dead Shall Be Raised