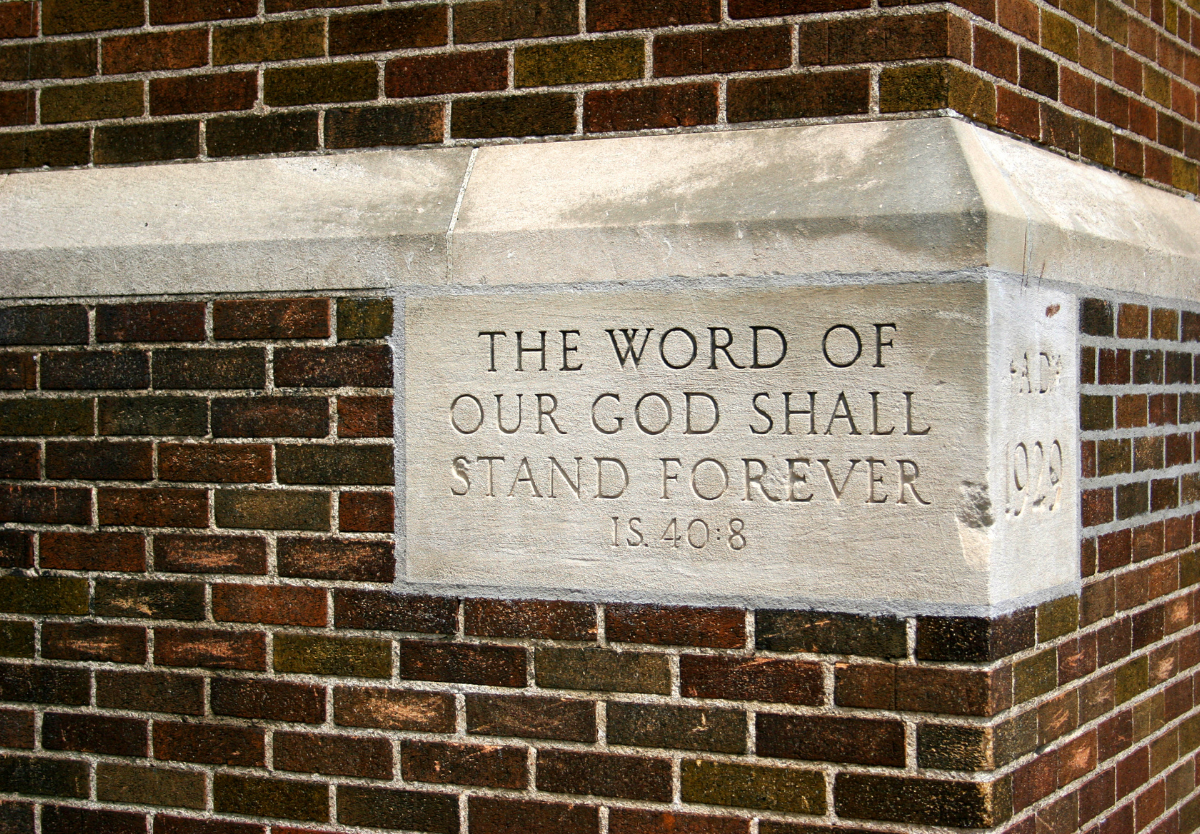 In response to the challenge against His authority, Jesus tells the people a parable about a man who owned a vineyard and leased it to tenants. His tenants owed all the fruit to him, but they refused to deliver it to any of the owner’s servants. When the owner finally sent his son, the tenants treated him worst of all and killed him. In this parable, Jesus uses the familiar Old Testament image of God’s people Israel as a vineyard. The religious leaders killed the prophets the Godhad sent, and now they were about to kill the Son of God. Jesus warns them that the vineyard will be given to others who do have faith in Him. In one way or another, everyone must face Jesus as the true cornerstone. Those who put their trust in Him now die to their sin but are raised to life with Him on the Last Day.

9 And he began to tell the people this parable: “A man planted a vineyard and let it out to tenants and went into another country for a long while. 10 When the time came, he sent a servant[a] to the tenants, so that they would give him some of the fruit of the vineyard. But the tenants beat him and sent him away empty-handed. 11 And he sent another servant. But they also beat and treated him shamefully, and sent him away empty-handed. 12 And he sent yet a third. This one also they wounded and cast out. 13 Then the owner of the vineyard said, ‘What shall I do? I will send my beloved son; perhaps they will respect him.’ 14 But when the tenants saw him, they said to themselves, ‘This is the heir. Let us kill him, so that the inheritance may be ours.’ 15 And they threw him out of the vineyard and killed him. What then will the owner of the vineyard do to them? 16 He will come and destroy those tenants and give the vineyard to others.” When they heard this, they said, “Surely not!” 17 But he looked directly at them and said, “What then is this that is written:

“‘The stone that the builders rejected
has become the cornerstone’?[b]