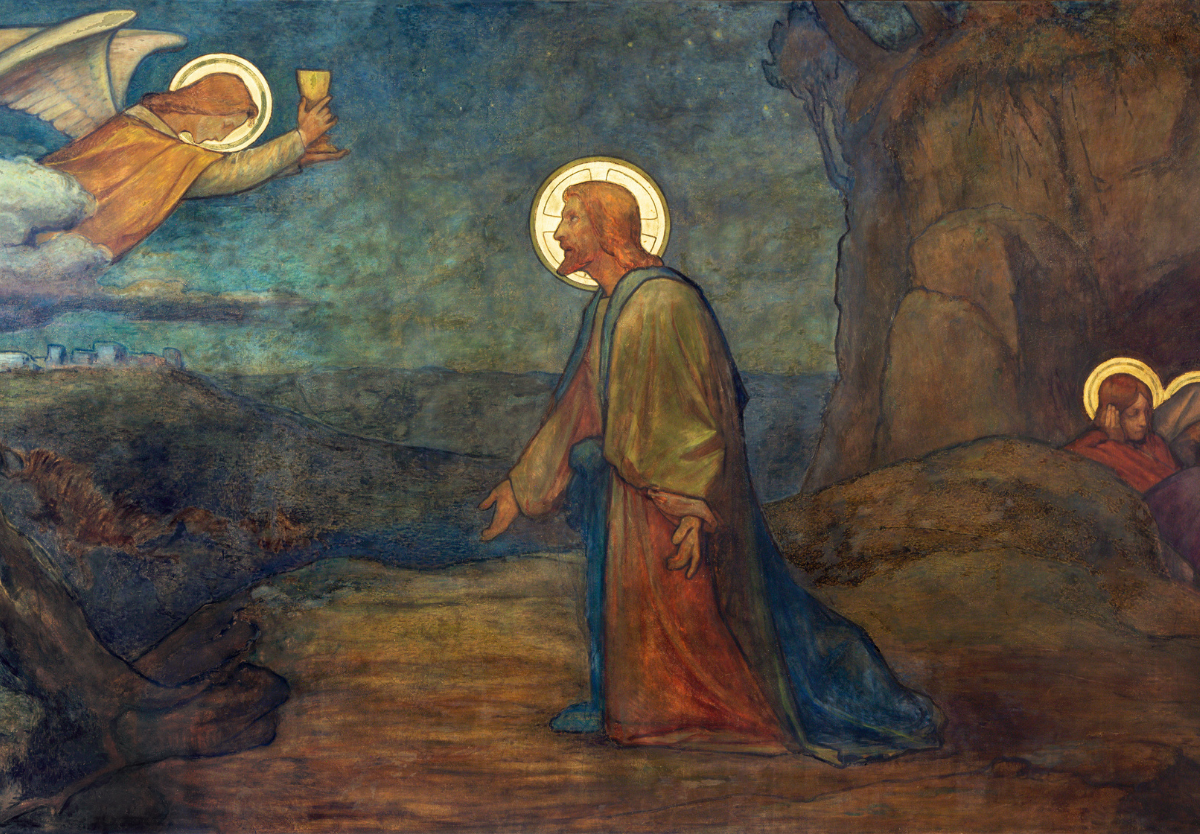 Home » Sharper Iron — The Beloved Physician’s Orderly Account: The Agony of the Savior for You

Jesus takes His disciples from the upper room to the Mount of Olives. There He prays in great agony, knowing the suffering He is about to endure. Even as He asks if salvation for sinners can be accomplished in another way, Jesus prays that His Father’s will would be done. Jesus finds His disciples sleeping instead of praying as Judas comes to betray the Lord with a kiss. When one of the disciples strikes with a sword, Jesus shows His great mercy and compassion in healing the soldier’s ear. Jesus lets His captors know that although they will do their worst in their hour of darkness, He remains in controls of His Passion and goes willingly to His death.

39 And he came out and went, as was his custom, to the Mount of Olives, and the disciples followed him. 40 And when he came to the place, he said to them, “Pray that you may not enter into temptation.” 41 And he withdrew from them about a stone’s throw, and knelt down and prayed, 42 saying, “Father, if you are willing, remove this cup from me. Nevertheless, not my will, but yours, be done.” 43 And there appeared to him an angel from heaven, strengthening him. 44 And being in agony he prayed more earnestly; and his sweat became like great drops of blood falling down to the ground.[a] 45 And when he rose from prayer, he came to the disciples and found them sleeping for sorrow, 46 and he said to them, “Why are you sleeping? Rise and pray that you may not enter into temptation.”

47 While he was still speaking, there came a crowd, and the man called Judas, one of the twelve, was leading them. He drew near to Jesus to kiss him, 48 but Jesus said to him, “Judas, would you betray the Son of Man with a kiss?” 49 And when those who were around him saw what would follow, they said, “Lord, shall we strike with the sword?” 50 And one of them struck the servant[b] of the high priest and cut off his right ear. 51 But Jesus said, “No more of this!” And he touched his ear and healed him. 52 Then Jesus said to the chief priests and officers of the temple and elders, who had come out against him, “Have you come out as against a robber, with swords and clubs? 53 When I was with you day after day in the temple, you did not lay hands on me. But this is your hour, and the power of darkness.”

Oratio: God's Salvation was the Plan