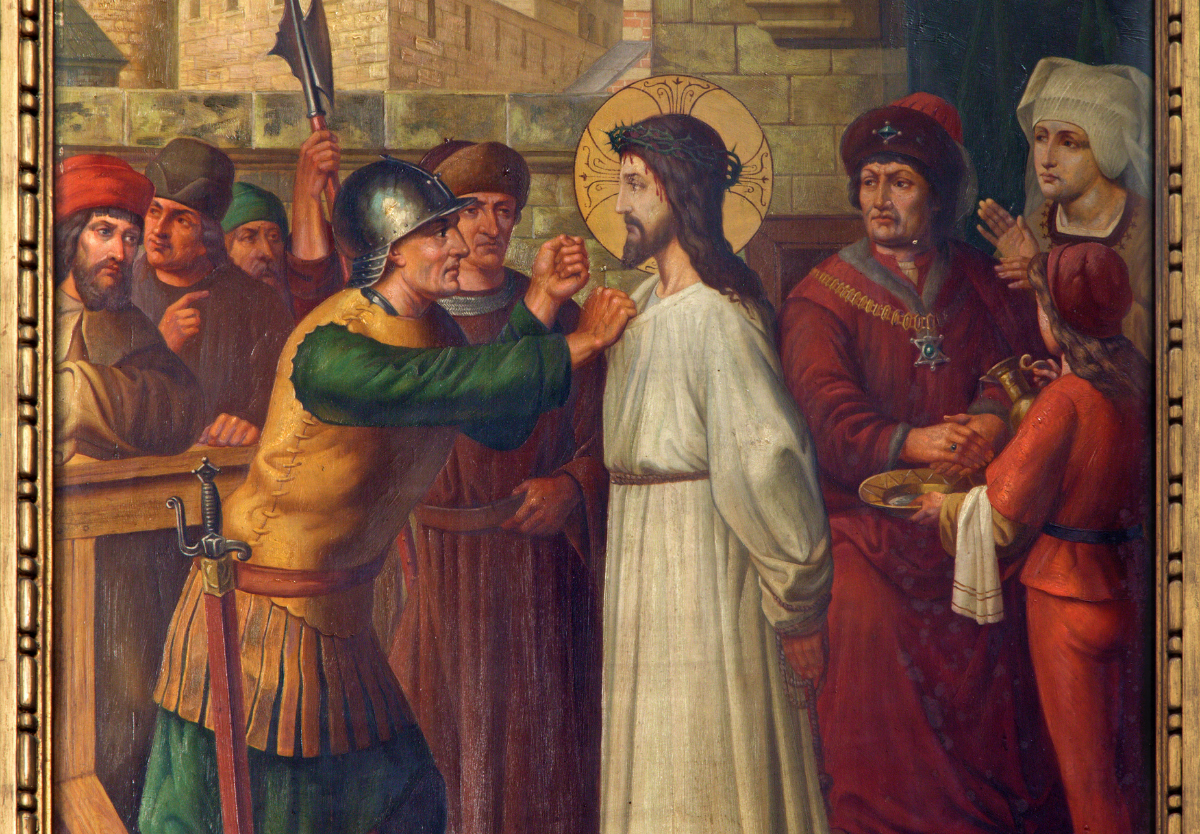 As Jesus is led away to His trial, Peter undergoes the trial that Jesus had predicted. With escalating intensity, Peter denies knowing Jesus, being among His disciples, and even being from the same geographic region. When Jesus looks at Peter, the disciple is brought to tears as He remembers Jesus’ words. This provides an example of contrition and faith as we confess our sins to the Lord still today. St. Luke turns his attention back to Jesus. As the soldiers mock Jesus, they ironically prove that Jesus is the Christ, the very thing they deny. As Jesus is put on trial, He gives the good confession as to His own identity in a way that forces His accusers to either confess or deny the truth. They continue in their hard-hearted denial as Jesus continues on toward His death.