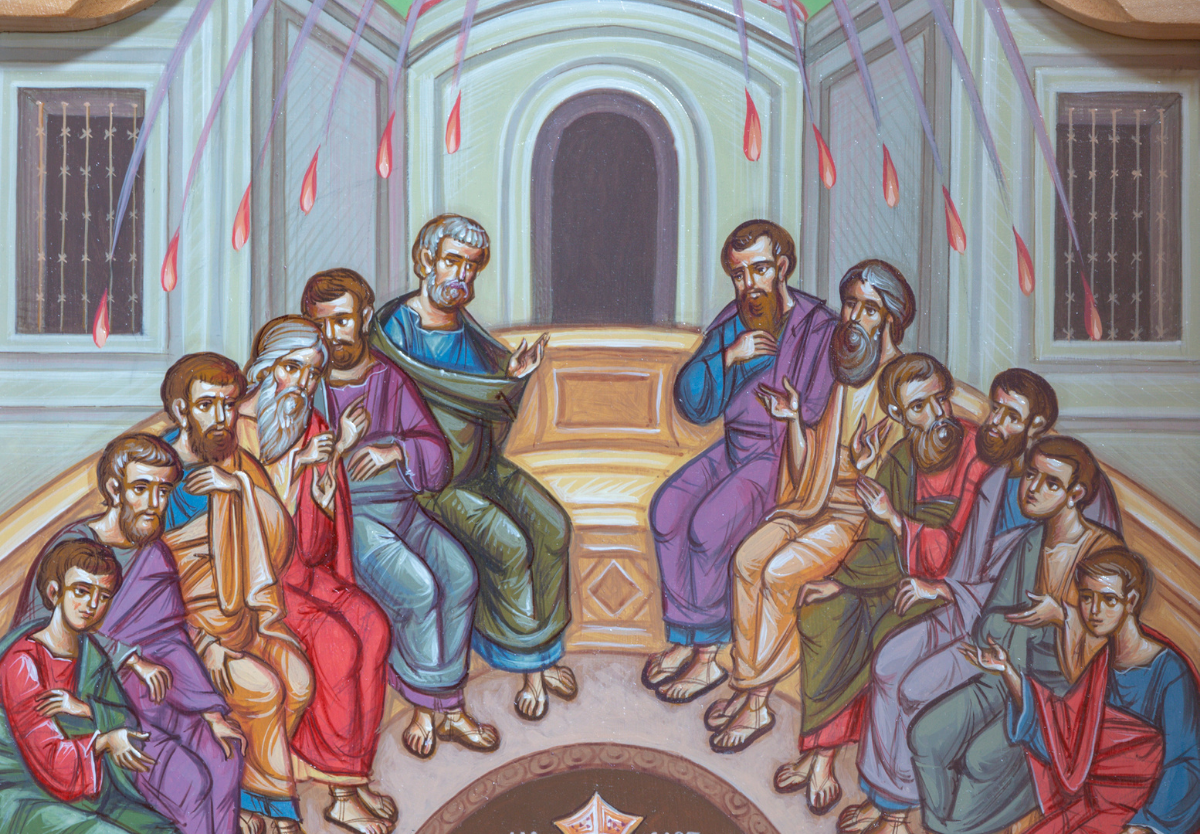 Home » Sharper Iron — To the End of the Earth: Proclaiming the Mighty Works of God on Pentecost

The day of Pentecost finds its Old Testament background in the Feast of Weeks, which happens fifty days after the Passover. When that day arrives, Jesus’ disciples are all together in Jerusalem, waiting for Jesus to fulfill His promise by sending the Holy Spirit. Jesus keeps that promise, and the signs that are given cannot be separated from the Word that is proclaimed. The sound of the wind is reminiscent of Jesus’ words concerning the Spirit in John 3 and the vision of dry bones brought to life in Ezekiel 37. The tongues of fire recall John’s preaching concerning the baptism of Spirit and fire. The disciples speak in tongues that are readily understood by the people who are in Jerusalem for the feast. Those people from every nation begin to gather and question what is happening. The objection that the disciples must be drunk is given not only to the raucous noise, but also to the mighty works of God that they are proclaiming. Though the Gospel sounds crazy to the world, it alone is the power of salvation, and so the Church continues to proclaim the Gospel to the world boldly.

The Coming of the Holy Spirit

2 When the day of Pentecost arrived, they were all together in one place. 2 And suddenly there came from heaven a sound like a mighty rushing wind, and it filled the entire house where they were sitting. 3 And divided tongues as of fire appeared to them and rested[a] on each one of them. 4 And they were all filled with the Holy Spirit and began to speak in other tongues as the Spirit gave them utterance.

5 Now there were dwelling in Jerusalem Jews, devout men from every nation under heaven. 6 And at this sound the multitude came together, and they were bewildered, because each one was hearing them speak in his own language. 7 And they were amazed and astonished, saying, “Are not all these who are speaking Galileans? 8 And how is it that we hear, each of us in his own native language? 9 Parthians and Medes and Elamites and residents of Mesopotamia, Judea and Cappadocia, Pontus and Asia, 10 Phrygia and Pamphylia, Egypt and the parts of Libya belonging to Cyrene, and visitors from Rome, 11 both Jews and proselytes, Cretans and Arabians—we hear them telling in our own tongues the mighty works of God.” 12 And all were amazed and perplexed, saying to one another, “What does this mean?” 13 But others mocking said, “They are filled with new wine.”