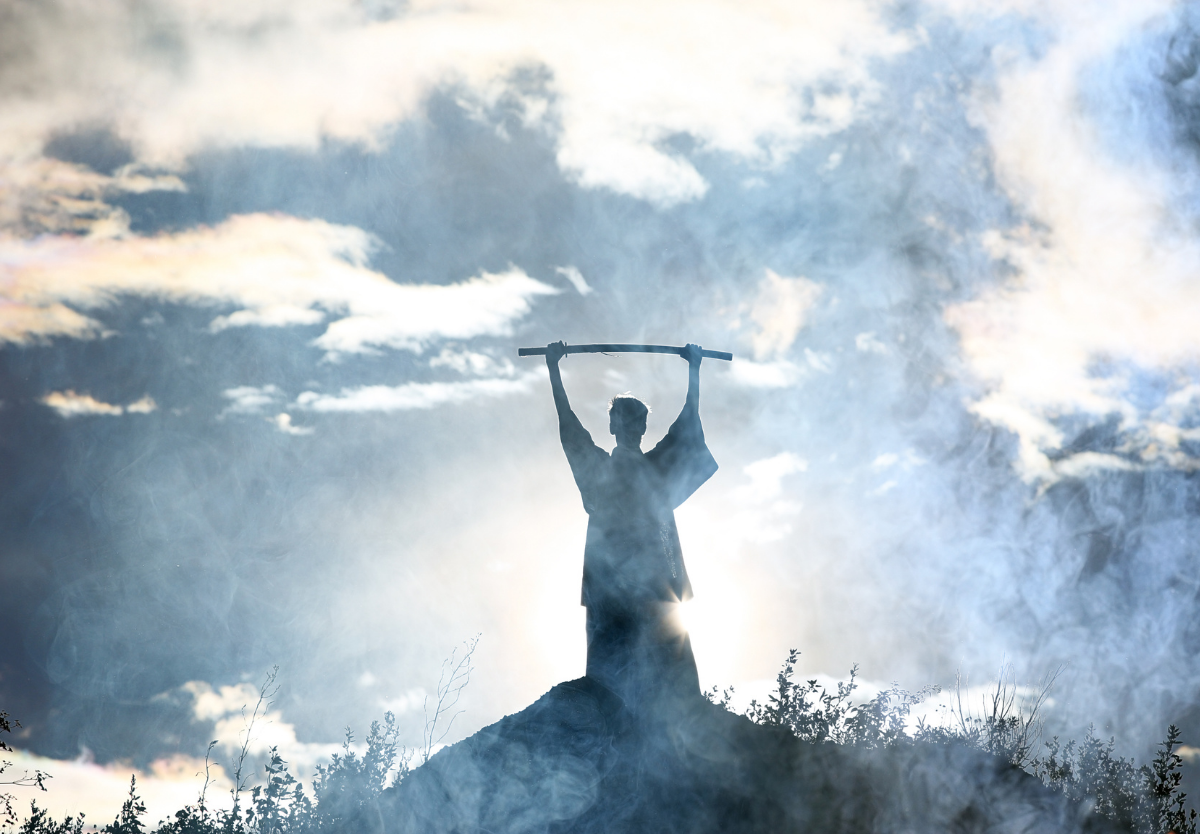 Home » Sharper Iron — To the End of the Earth: Moses, the Lord’s Ruler and Rescuer

Stephen continues his proclamation before the Sanhedrin by focusing on God’s grace shown through Moses. Though Pharaoh intended evil against the LORD and His people, the LORD worked it for good and used Pharaoh’s own daughter to raise Moses. When Moses acted violently as a deliverer before his commissioning, the people rejected him and he was forced to flee to Midian. Forty years later, the LORD called Moses in the burning bush to return to Egypt and bring His people out. Over and over, Stephen emphasizes that Moses is the one God called and the one through whom God worked, yet the people of Israel continually rejected Moses and turned toward idolatry. Stephen preaches this so that the Sanhedrin would recognize that they are following that same deadly path by rejecting Jesus and repent before it’s too late.

17 “But as the time of the promise drew near, which God had granted to Abraham, the people increased and multiplied in Egypt 18 until there arose over Egypt another king who did not know Joseph. 19 He dealt shrewdly with our race and forced our fathers to expose their infants, so that they would not be kept alive. 20 At this time Moses was born; and he was beautiful in God’s sight. And he was brought up for three months in his father’s house, 21 and when he was exposed, Pharaoh’s daughter adopted him and brought him up as her own son. 22 And Moses was instructed in all the wisdom of the Egyptians, and he was mighty in his words and deeds.

23 “When he was forty years old, it came into his heart to visit his brothers, the children of Israel. 24 And seeing one of them being wronged, he defended the oppressed man and avenged him by striking down the Egyptian. 25 He supposed that his brothers would understand that God was giving them salvation by his hand, but they did not understand. 26 And on the following day he appeared to them as they were quarreling and tried to reconcile them, saying, ‘Men, you are brothers. Why do you wrong each other?’ 27 But the man who was wronging his neighbor thrust him aside, saying, ‘Who made you a ruler and a judge over us? 28 Do you want to kill me as you killed the Egyptian yesterday?’ 29 At this retort Moses fled and became an exile in the land of Midian, where he became the father of two sons.

30 “Now when forty years had passed, an angel appeared to him in the wilderness of Mount Sinai, in a flame of fire in a bush. 31 When Moses saw it, he was amazed at the sight, and as he drew near to look, there came the voice of the Lord: 32 ‘I am the God of your fathers, the God of Abraham and of Isaac and of Jacob.’ And Moses trembled and did not dare to look. 33 Then the Lord said to him, ‘Take off the sandals from your feet, for the place where you are standing is holy ground. 34 I have surely seen the affliction of my people who are in Egypt, and have heard their groaning, and I have come down to deliver them. And now come, I will send you to Egypt.’

35 “This Moses, whom they rejected, saying, ‘Who made you a ruler and a judge?’—this man God sent as both ruler and redeemer by the hand of the angel who appeared to him in the bush. 36 This man led them out, performing wonders and signs in Egypt and at the Red Sea and in the wilderness for forty years. 37 This is the Moses who said to the Israelites, ‘God will raise up for you a prophet like me from your brothers.’ 38 This is the one who was in the congregation in the wilderness with the angel who spoke to him at Mount Sinai, and with our fathers. He received living oracles to give to us. 39 Our fathers refused to obey him, but thrust him aside, and in their hearts they turned to Egypt, 40 saying to Aaron, ‘Make for us gods who will go before us. As for this Moses who led us out from the land of Egypt, we do not know what has become of him.’ 41 And they made a calf in those days, and offered a sacrifice to the idol and were rejoicing in the works of their hands. 42 But God turned away and gave them over to worship the host of heaven, as it is written in the book of the prophets:

“‘Did you bring to me slain beasts and sacrifices,
during the forty years in the wilderness, O house of Israel?
43 You took up the tent of Moloch
and the star of your god Rephan,
the images that you made to worship;
and I will send you into exile beyond Babylon.’

Oratio: Names Are Written In Heaven

The Coffee Hour — Every One His Witness - For Everyone!