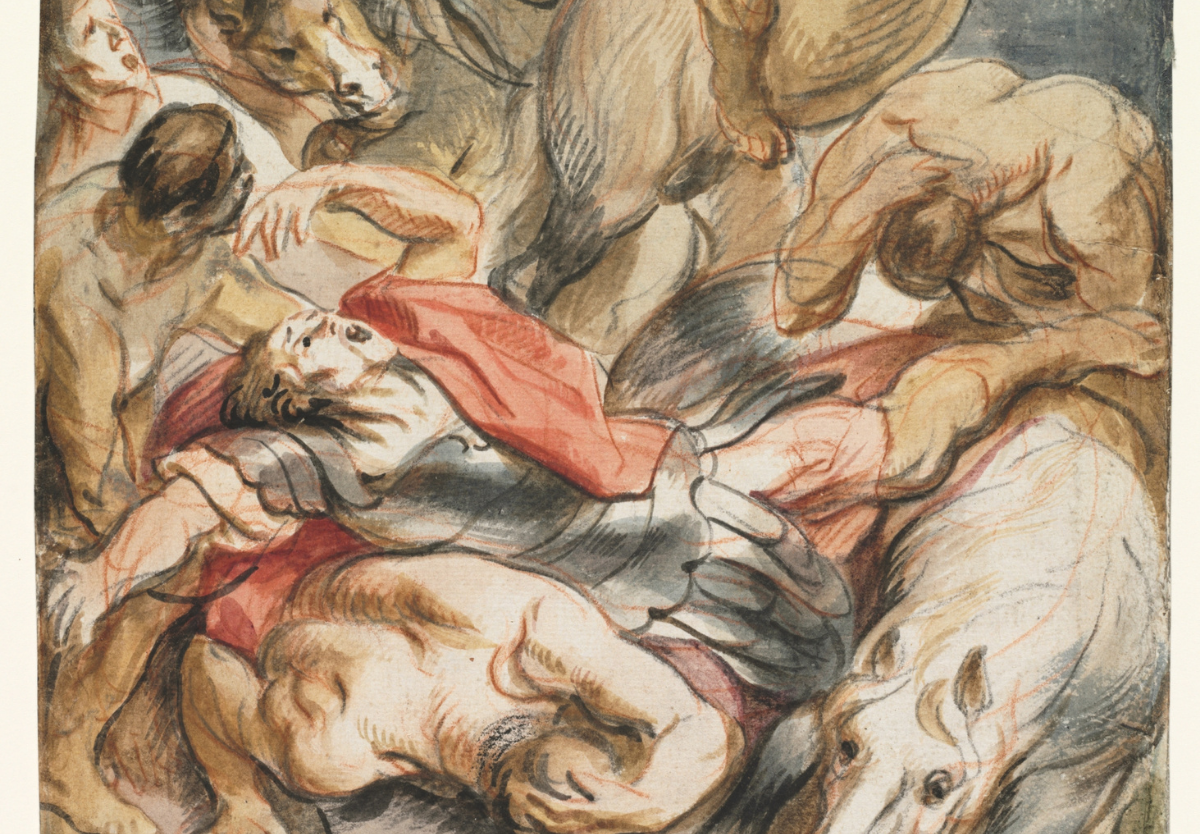 Home » Sharper Iron — To the End of the Earth: The Conversion of Saul

Saul’s hatred for Christians had only grown since Stephen’s death. He was on his way to Damascus with official authority to imprison more Christians when the Lord Jesus Himself stopped Saul in his tracks. Jesus revealed Himself in blinding light to Saul as the One whom Saul had been persecuting. By this, Jesus preached the condemning Law to Saul, who had to be led into Damascus due to his blindness. The Gospel would be proclaimed by a disciple in Damascus named Ananias. The Lord gives great honor to the ministry He established by making use of His preachers. Jesus assured Ananias that Saul would bring His name before all nations. Ananias heard the Lord’s command in faith and went to Saul as a brother. He pronounced absolution upon Saul and laid his hands on the blind man so that his sight was restored. Saul was promptly baptized as his welcome into the family of God.

10 Now there was a disciple at Damascus named Ananias. The Lord said to him in a vision, “Ananias.” And he said, “Here I am, Lord.” 11 And the Lord said to him, “Rise and go to the street called Straight, and at the house of Judas look for a man of Tarsus named Saul, for behold, he is praying, 12 and he has seen in a vision a man named Ananias come in and lay his hands on him so that he might regain his sight.” 13 But Ananias answered, “Lord, I have heard from many about this man, how much evil he has done to your saints at Jerusalem. 14 And here he has authority from the chief priests to bind all who call on your name.” 15 But the Lord said to him, “Go, for he is a chosen instrument of mine to carry my name before the Gentiles and kings and the children of Israel. 16 For I will show him how much he must suffer for the sake of my name.” 17 So Ananias departed and entered the house. And laying his hands on him he said, “Brother Saul, the Lord Jesus who appeared to you on the road by which you came has sent me so that you may regain your sight and be filled with the Holy Spirit.” 18 And immediately something like scales fell from his eyes, and he regained his sight. Then he rose and was baptized; 19 and taking food, he was strengthened.

For some days he was with the disciples at Damascus.

The Coffee Hour - Behaving Like a Christian on Social Media (Rebroadcast)