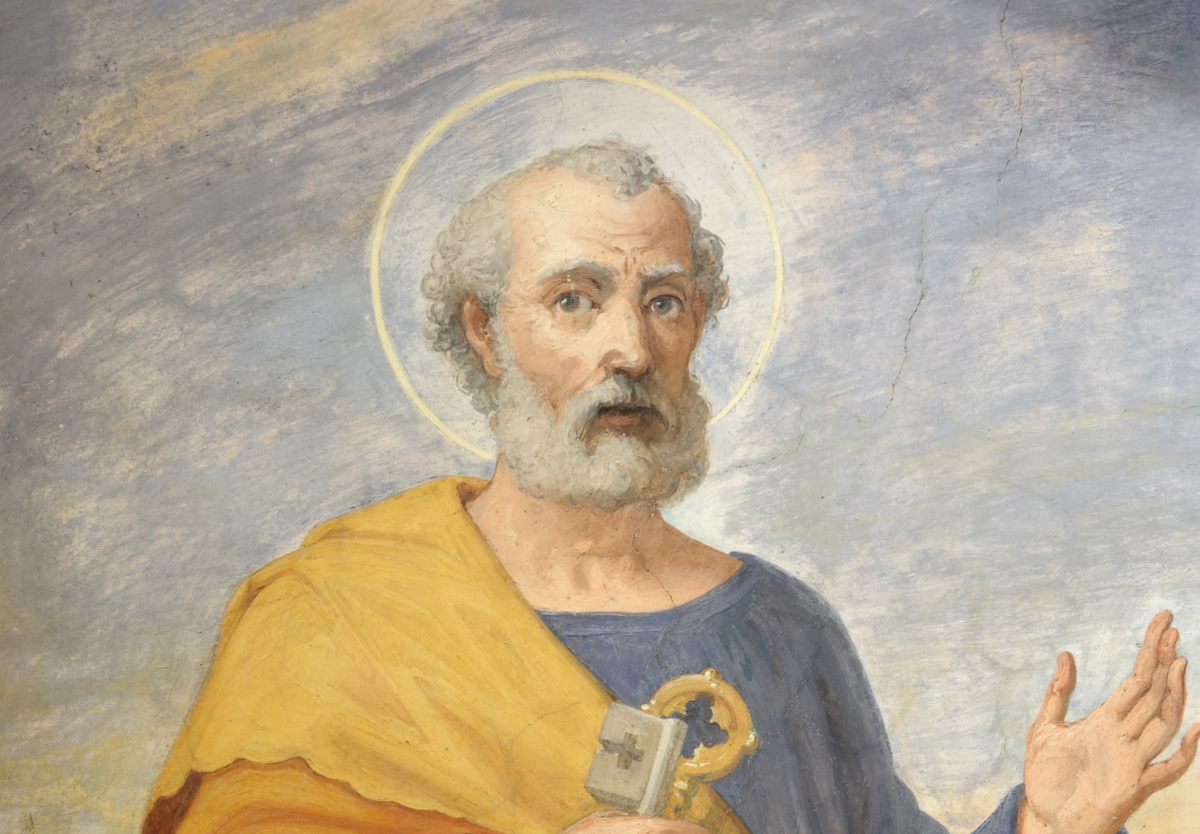 Home » Sharper Iron — To the End of the Earth: Peter Strengthens the Saints

Having related Saul’s conversion to Christianity, St. Luke now turns our attention once again to the Lord’s work through Peter, particularly as He prepares His apostle for what is about to happen in the spread of the Gospel to the Gentiles. Peter goes about the apostolic ministry by visiting established congregations in Lydda and Joppa. The work of strengthening the saints is important for the life of the Church. In Lydda, Peter meets a paralyzed man named Aeneas, whom Jesus heals. The repetition of the sign that Jesus did in the Gospels and that Peter did in Acts 3 connects to the eternal healing that comes through the forgiveness of sins. Meanwhile, in Joppa, Dorcas, a beloved saint who was full of good works in the love of the Lord, died. The mourning of the church there moved them to send for Peter and the comfort of the Gospel that he would surely bring. Peter prays to the Lord, and the Lord raises His beloved daughter to life again. Peter stays there in Joppa with Simon the tanner. The fact that Peter stays with one whose profession involved ceremonial uncleanness sets the stage for the important events of the following chapter.

36 Now there was in Joppa a disciple named Tabitha, which, translated, means Dorcas.[a] She was full of good works and acts of charity. 37 In those days she became ill and died, and when they had washed her, they laid her in an upper room. 38 Since Lydda was near Joppa, the disciples, hearing that Peter was there, sent two men to him, urging him, “Please come to us without delay.” 39 So Peter rose and went with them. And when he arrived, they took him to the upper room. All the widows stood beside him weeping and showing tunics[b] and other garments that Dorcas made while she was with them. 40 But Peter put them all outside, and knelt down and prayed; and turning to the body he said, “Tabitha, arise.” And she opened her eyes, and when she saw Peter she sat up. 41 And he gave her his hand and raised her up. Then, calling the saints and widows, he presented her alive. 42 And it became known throughout all Joppa, and many believed in the Lord. 43 And he stayed in Joppa for many days with one Simon, a tanner.

Oratio: Now Is the Day of Salvation

The Coffee Hour — Lutheran Service Book: Companion to the Services