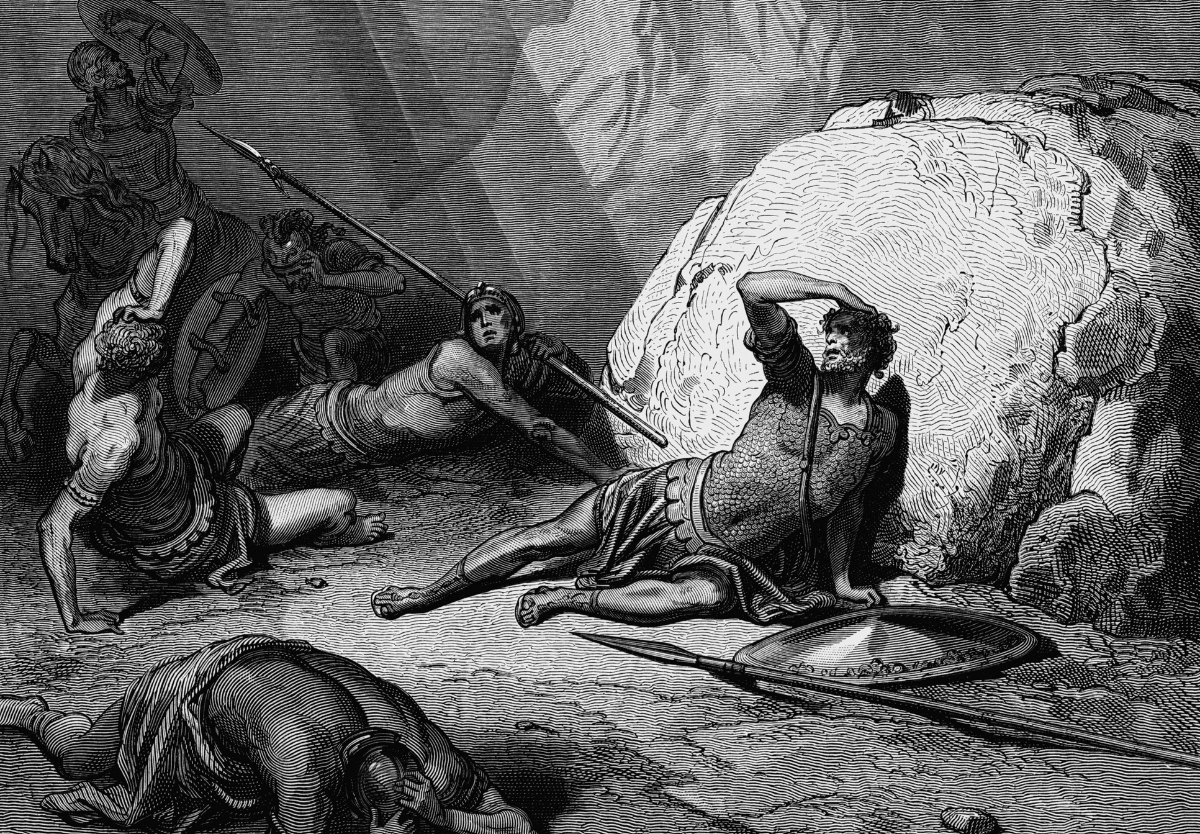 Home » Sharper Iron — To the End of the Earth: On Trial Because of the Hope of the Resurrection

King Agrippa’s background in Judaism makes him the perfect candidate to listen to Paul’s testimony, for which the apostle is grateful. Paul recounts his history in Judaism. He was raised as a Pharisee, zealous for the faith that he shared with all Israel, which included the hope for the resurrection of the dead. In fact, Paul’s zeal took him too far; he persecuted the saints of God until the Lord Jesus came to him at Damascus. Jesus appointed Paul as His servant and witness to go to both Jews and Gentiles in order to turn them from darkness to light through faith in Jesus. Paul concludes his testimony before Agrippa by stating that he has preached the same thing as the prophets, that the Christ has suffered and died to bring light and life. Festus thinks that Paul has gone crazy, and Agrippa is not so quickly persuaded. Yet Paul desires that all would share in the faith that he has been given. To that end, his appeal to Caesar will send Paul to Rome, where he will continue to give witness to the resurrection of Jesus.

2 “I consider myself fortunate that it is before you, King Agrippa, I am going to make my defense today against all the accusations of the Jews, 3 especially because you are familiar with all the customs and controversies of the Jews. Therefore I beg you to listen to me patiently.

4 “My manner of life from my youth, spent from the beginning among my own nation and in Jerusalem, is known by all the Jews. 5 They have known for a long time, if they are willing to testify, that according to the strictest party of our religion I have lived as a Pharisee. 6 And now I stand here on trial because of my hope in the promise made by God to our fathers, 7 to which our twelve tribes hope to attain, as they earnestly worship night and day. And for this hope I am accused by Jews, O king! 8 Why is it thought incredible by any of you that God raises the dead?

24 And as he was saying these things in his defense, Festus said with a loud voice, “Paul, you are out of your mind; your great learning is driving you out of your mind.” 25 But Paul said, “I am not out of my mind, most excellent Festus, but I am speaking true and rational words. 26 For the king knows about these things, and to him I speak boldly. For I am persuaded that none of these things has escaped his notice, for this has not been done in a corner. 27 King Agrippa, do you believe the prophets? I know that you believe.” 28 And Agrippa said to Paul, “In a short time would you persuade me to be a Christian?”[b] 29 And Paul said, “Whether short or long, I would to God that not only you but also all who hear me this day might become such as I am—except for these chains.”

30 Then the king rose, and the governor and Bernice and those who were sitting with them. 31 And when they had withdrawn, they said to one another, “This man is doing nothing to deserve death or imprisonment.” 32 And Agrippa said to Festus, “This man could have been set free if he had not appealed to Caesar.”

The Coffee Hour — The Russia-Ukraine War