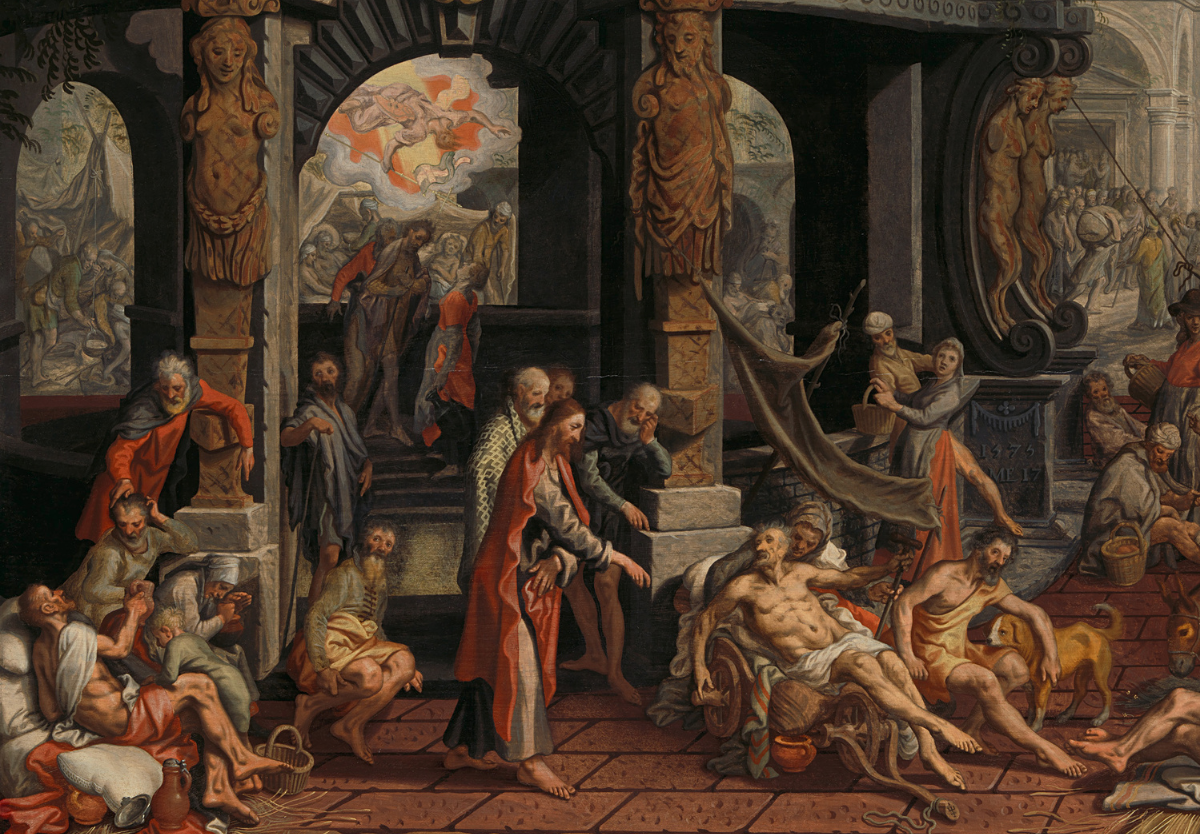 Home » Sharper Iron — The Word Made Flesh: The Pool of Bethesda

When Jesus travels up to Jerusalem for one of the Jewish feasts, He goes to the pool of Bethesda. There were many who were disabled at the pool, hoping to be the first one into the water after it was stirred. When Jesus engages a man who has been unable to walk for thirty-eight years, the man seems to think that perhaps Jesus will help him into the water. Jesus redirects his attention from the water to Himself when He commands the man to get up, take his bed, and walk. The man does, but the Jewish leaders are more interested in why the man is carrying his bed on the Sabbath than in finding out how he was healed. As they begin to investigate Jesus, they think that He is breaking the Sabbath and consider His claims about God to be blasphemy, and so they desire to kill Him, even as He begins to teach them the truth.

2 Now there is in Jerusalem by the Sheep Gate a pool, in Aramaic[a] called Bethesda,[b] which has five roofed colonnades. 3 In these lay a multitude of invalids—blind, lame, and paralyzed.[c] 5 One man was there who had been an invalid for thirty-eight years. 6 When Jesus saw him lying there and knew that he had already been there a long time, he said to him, “Do you want to be healed?” 7 The sick man answered him, “Sir, I have no one to put me into the pool when the water is stirred up, and while I am going another steps down before me.” 8 Jesus said to him, “Get up, take up your bed, and walk.” 9 And at once the man was healed, and he took up his bed and walked.

Oratio: Christ at the Center