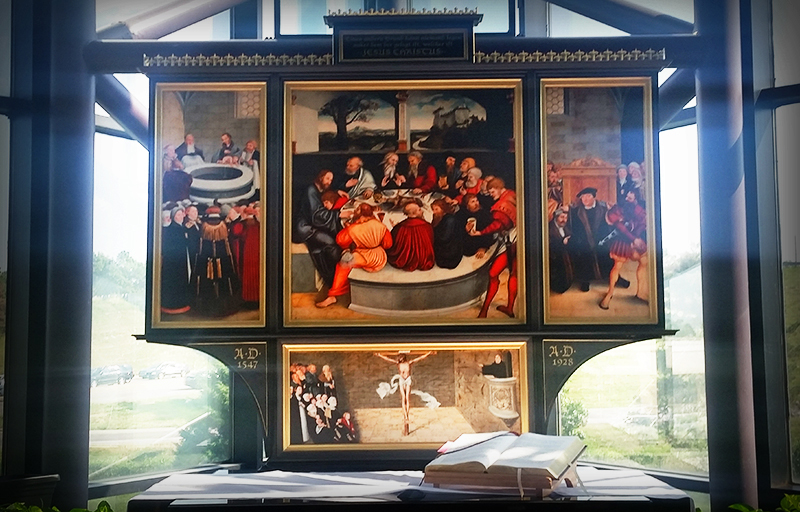 Rev. Dr. Bill Matzat, artist of Dovetail Creations, recently reproduced the famous Cranach Reformation Altar for the LCMS International Center chapel. Read the LCMS Blog post about the installation of the altar at blogs.lcms.org/2016/cranach-reformation-altar-reproduction-installed. Learn more about Dr. Matzat and see a gallery of his work at dovetailcreations.net.

Today’s sermonette is given by Rev. Jason Zirbel from Grace Lutheran Church in Greenwood, Arkansas.

28 And Peter answered him, “Lord, if it is you, command me to come to you on the water.” 29 He said, “Come.” So Peter got out of the boat and walked on the water and came to Jesus. 30 But when he saw the wind,[d]he was afraid, and beginning to sink he cried out, “Lord, save me.”31 Jesus immediately reached out his hand and took hold of him, saying to him, “O you of little faith, why did you doubt?” 32 And when they got into the boat, the wind ceased. 33 And those in the boat worshiped him, saying, “Truly you are the Son of God.”