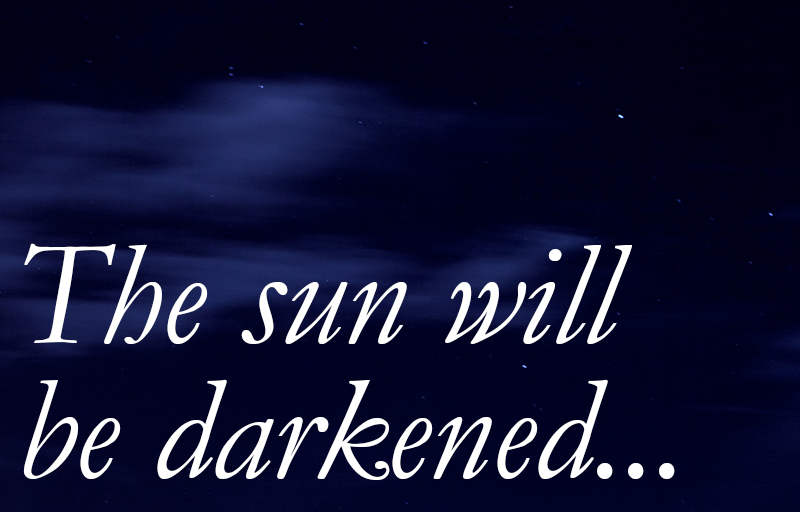 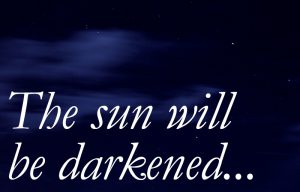 15 “So when you see the abomination of desolation spoken of by the prophet Daniel, standing in the holy place (let the reader understand),16 then let those who are in Judea flee to the mountains. 17 Let the one who is on the housetop not go down to take what is in his house, 18 and let the one who is in the field not turn back to take his cloak. 19 And alas for women who are pregnant and for those who are nursing infants in those days! 20 Pray that your flight may not be in winter or on a Sabbath. 21 For then there will be great tribulation, such as has not been from the beginning of the world until now, no, and never will be. 22 And if those days had not been cut short, no human being would be saved. But for the sake of the elect those days will be cut short. 23 Then if anyone says to you, ‘Look, here is the Christ!’ or ‘There he is!’ do not believe it. 24 For false christs and false prophets will arise and perform great signs and wonders, so as to lead astray, if possible, even the elect. 25 See, I have told you beforehand. 26 So, if they say to you, ‘Look, he is in the wilderness,’ do not go out. If they say, ‘Look, he is in the inner rooms,’ do not believe it.27 For as the lightning comes from the east and shines as far as the west, so will be the coming of the Son of Man. 28 Wherever the corpse is, there the vultures will gather.

36 “But concerning that day and hour no one knows, not even the angels of heaven, nor the Son,[b] but the Father only. 37 For as were the days of Noah, so will be the coming of the Son of Man. 38 For as in those days before the flood they were eating and drinking, marrying and giving in marriage, until the day when Noah entered the ark, 39 and they were unaware until the flood came and swept them all away, so will be the coming of the Son of Man. 40 Then two men will be in the field; one will be taken and one left. 41 Two women will be grinding at the mill; one will be taken and one left. 42 Therefore, stay awake, for you do not know on what day your Lord is coming. 43 But know this, that if the master of the house had known in what part of the night the thief was coming, he would have stayed awake and would not have let his house be broken into.44 Therefore you also must be ready, for the Son of Man is coming at an hour you do not expect.

45 “Who then is the faithful and wise servant,[c] whom his master has set over his household, to give them their food at the proper time? 46 Blessed is that servant whom his master will find so doing when he comes.47 Truly, I say to you, he will set him over all his possessions. 48 But if that wicked servant says to himself, ‘My master is delayed,’ 49 and begins to beat his fellow servants[d] and eats and drinks with drunkards, 50 the master of that servant will come on a day when he does not expect him and at an hour he does not know 51 and will cut him in pieces and put him with the hypocrites. In that place there will be weeping and gnashing of teeth.

How Do I Repent For Habitual Sins?