Today’s program looks at Palm Sunday and the significance of Holy Week. 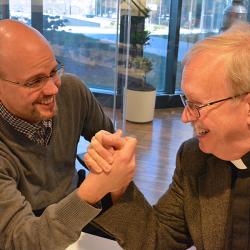 His Time - Meditatio: Psalm 35, Proverbs 12, Need for the Sacrament of the Altar