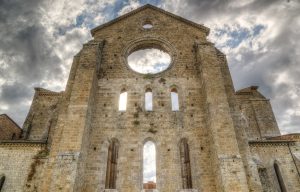 Sermon notes are subpoenaed. Christians are being forced to participate in gay marriage ceremony preparation. School children are told they can’t mention Jesus. A high school football coach is fired for silently praying on an athletic field. These are just a few of the increasingly frequent incidents of hostility to religion in American society. The past 5 years, First Liberty Institute has tracked these instances and released its findings annually in a report titled “Undeniable.” First Liberty recently released its 2017 “Undeniable” report. The findings are discouraging. The number of documented incidents increased by 15% from the past year, and a whopping 133% since the first Undeniable report was released in 2011. Today’s guest is Justin Butterfield, Esq., Senior Counsel and Director of Research and Education for First Liberty Institute. Find more about First Liberty Institute at firstliberty.org.

The Student Union – Is Gap Year Service with the Lutheran Young Adult Corps for You?

Oratio: Listen to My Plea for Grace