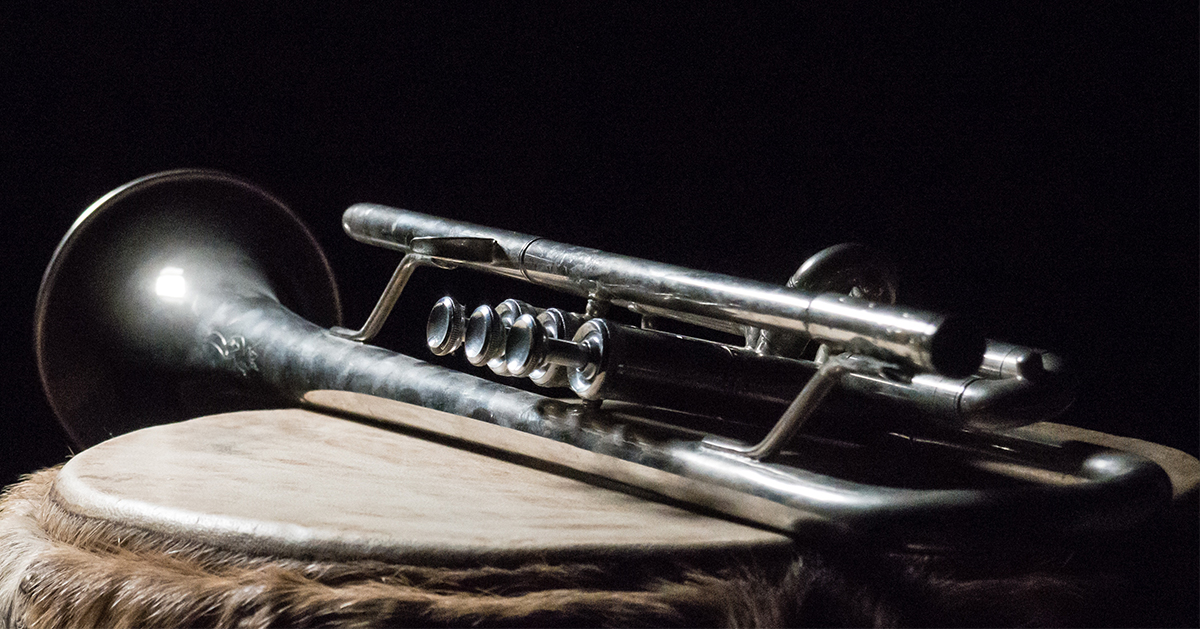 The cloud over the Tabernacle rises, the trumpets sound the alarm, and Judah set outs first with the eastern camps: Israel is on the move. Chapter 10 describes the first movement in the ancient Israelite saga since they arrived at Mt. Sinai nearly twelve months prior. As always, God’s timing shows grace for even the least in Israel.

Special detail is given to the pair of silver trumpets. They function to mark time, coordinate military activity, and communicate to the community at large. But they also function sacramentally: “You shall sound an alarm with the trumpets, that you may be remembered before the LORD your God, and you shall be saved.” Paul says that one day God will remember His promise for us too. God will make good on His baptismal promise, and with something like a trumpet blast, we will be raised to life, a glorious army marching into the sunrise of the resurrection. This promise is for the church, the true Israel. As the exchange between Moses and Hobab indicates, even in the Old Testament, God was grafting people of all nations into His people of promise.

10 The Lord spoke to Moses, saying, 2 “Make two silver trumpets. Of hammered work you shall make them, and you shall use them for summoning the congregation and for breaking camp. 3 And when both are blown, all the congregation shall gather themselves to you at the entrance of the tent of meeting. 4 But if they blow only one, then the chiefs, the heads of the tribes of Israel, shall gather themselves to you.5 When you blow an alarm, the camps that are on the east side shall set out. 6 And when you blow an alarm the second time, the camps that are on the south side shall set out. An alarm is to be blown whenever they are to set out. 7 But when the assembly is to be gathered together, you shall blow a long blast, but you shall not sound an alarm. 8 And the sons of Aaron, the priests, shall blow the trumpets. The trumpets shall be to you for a perpetual statute throughout your generations. 9 And when you go to war in your land against the adversary who oppresses you, then you shall sound an alarm with the trumpets, that you may be remembered before the Lord your God, and you shall be saved from your enemies. 10 On the day of your gladness also, and at your appointed feasts and at the beginnings of your months, you shall blow the trumpets over your burnt offerings and over the sacrifices of your peace offerings. They shall be a reminder of you before your God: I am the Lord your God.”

29 And Moses said to Hobab the son of Reuel the Midianite, Moses’ father-in-law, “We are setting out for the place of which the Lord said, ‘I will give it to you.’ Come with us, and we will do good to you, for the Lord has promised good to Israel.” 30 But he said to him, “I will not go. I will depart to my own land and to my kindred.” 31 And he said, “Please do not leave us, for you know where we should camp in the wilderness, and you will serve as eyes for us. 32 And if you do go with us, whatever good the Lord will do to us, the same will we do to you.”

35 And whenever the ark set out, Moses said, “Arise, O Lord, and let your enemies be scattered, and let those who hate you flee before you.”36 And when it rested, he said, “Return, O Lord, to the ten thousand thousands of Israel.”