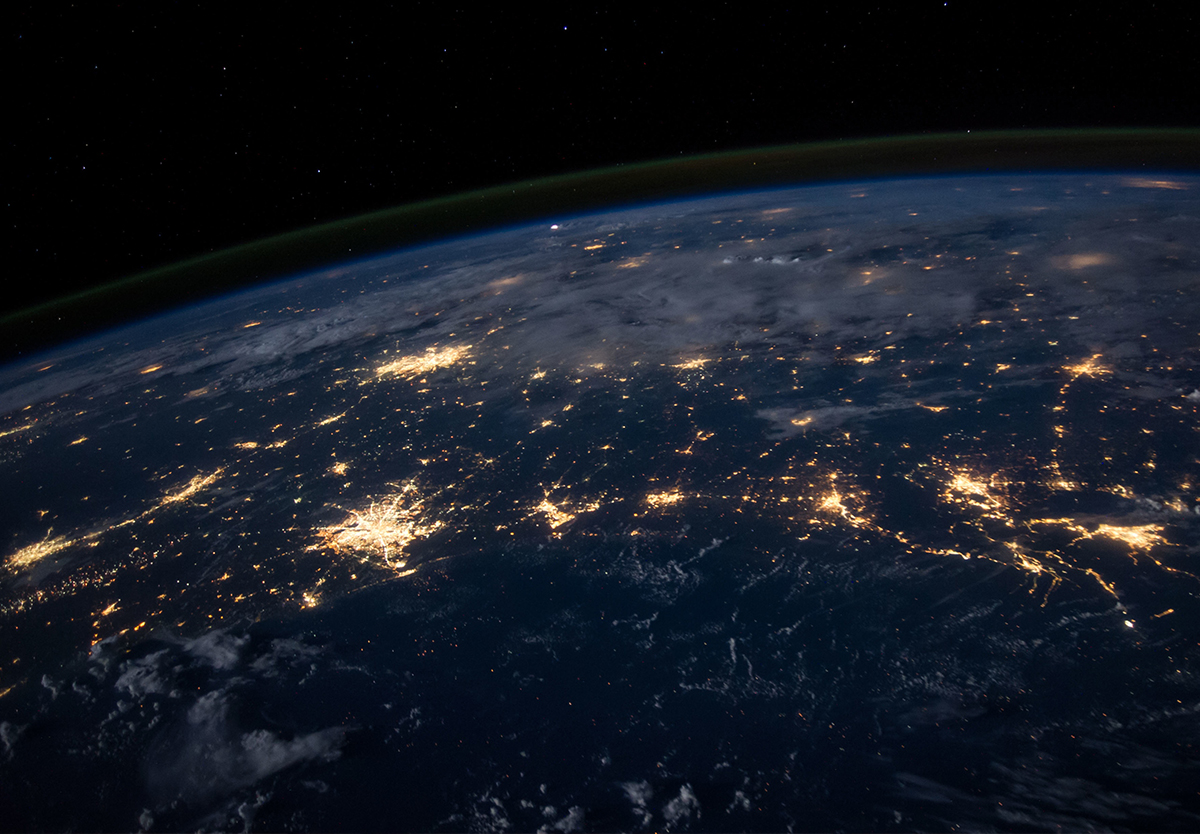 Chapter 24 is the most Revelation-like and apocalyptic oracle in Isaiah thus far. It amplifies familiar themes to a cosmic scale that we haven’t seen since chapter 13. It doesn’t matter how much money or power you have; the judgment will be truly universal, because humanity has broken God’s universal covenant.

The “everlasting covenant” that God made with the world at the creation, the covenant that was renewed after Noah’s flood, meant for us to fill the earth, to exercise dominion, and to represent God. Because we have instead rallied together to dominate the weak and make gods of ourselves, as we did at the Tower of Babel, God comes to judge heaven and earth. Our first reaction should be to mourn with the rest of the earth and repent for our part in it all, trusting in the mercy of “the Righteous One” who is our sun & moon and king of kings.

Judgment on the Whole Earth

4 The earth mourns and withers;
the world languishes and withers;
the highest people of the earth languish.
5 The earth lies defiled
under its inhabitants;
for they have transgressed the laws,
violated the statutes,
broken the everlasting covenant.
6 Therefore a curse devours the earth,
and its inhabitants suffer for their guilt;
therefore the inhabitants of the earth are scorched,
and few men are left.
7 The wine mourns,
the vine languishes,
all the merry-hearted sigh.
8 The mirth of the tambourines is stilled,
the noise of the jubilant has ceased,
the mirth of the lyre is stilled.
9 No more do they drink wine with singing;
strong drink is bitter to those who drink it.
10 The wasted city is broken down;
every house is shut up so that none can enter.
11 There is an outcry in the streets for lack of wine;
all joy has grown dark;
the gladness of the earth is banished.
12 Desolation is left in the city;
the gates are battered into ruins.
13 For thus it shall be in the midst of the earth
among the nations,
as when an olive tree is beaten,
as at the gleaning when the grape harvest is done.

17 Terror and the pit and the snare[d]
are upon you, O inhabitant of the earth!
18 He who flees at the sound of the terror
shall fall into the pit,
and he who climbs out of the pit
shall be caught in the snare.
For the windows of heaven are opened,
and the foundations of the earth tremble.
19 The earth is utterly broken,
the earth is split apart,
the earth is violently shaken.
20 The earth staggers like a drunken man;
it sways like a hut;
its transgression lies heavy upon it,
and it falls, and will not rise again.

21 On that day the Lord will punish
the host of heaven, in heaven,
and the kings of the earth, on the earth.
22 They will be gathered together
as prisoners in a pit;
they will be shut up in a prison,
and after many days they will be punished.
23 Then the moon will be confounded
and the sun ashamed,
for the Lord of hosts reigns
on Mount Zion and in Jerusalem,
and his glory will be before his elders.