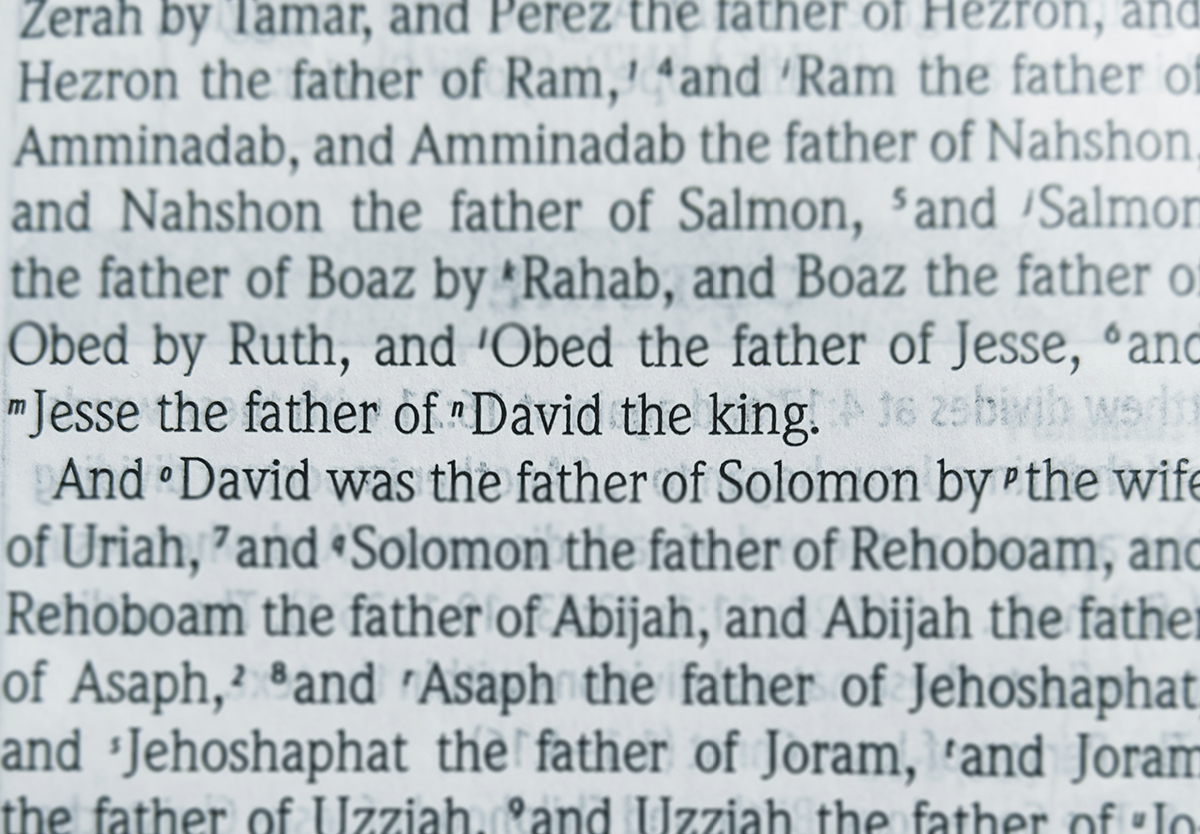 Home » Sharper Iron — All Righteousness Fulfilled: The Genealogy of Jesus

The genealogies of the Old Testament all pointed toward this genealogy of Jesus. Matthew traces Jesus’ lineage from Abraham, the father of many nations, through David, the king who was promised a descendant of the throne of Israel forever. Throughout the family line of Jesus, the LORD remained faithful to His promise to bring the Savior even in the midst of His people’s unfaithfulness. That was especially true during the time of the Babylonian captivity, when it seemed the kingly line had disappeared. The same theme of God’s faithfulness is seen in the five women mentioned in the genealogy Matthew records. The first and fourth women involve particularly scandalous events from all parties involved; the second and third women are Gentiles who are included in the people of God. Each one shows God’s faithfulness to bring the Savior into the world, which He accomplishes through the most unlikely woman of all: the Virgin Mary. Each name mentioned points us to Jesus, the Savior whose birth Matthew is about to proclaim.

Oratio: Law Written on their Hearts

The Coffee Hour - Doing the Lord's Work in Gary, Indiana