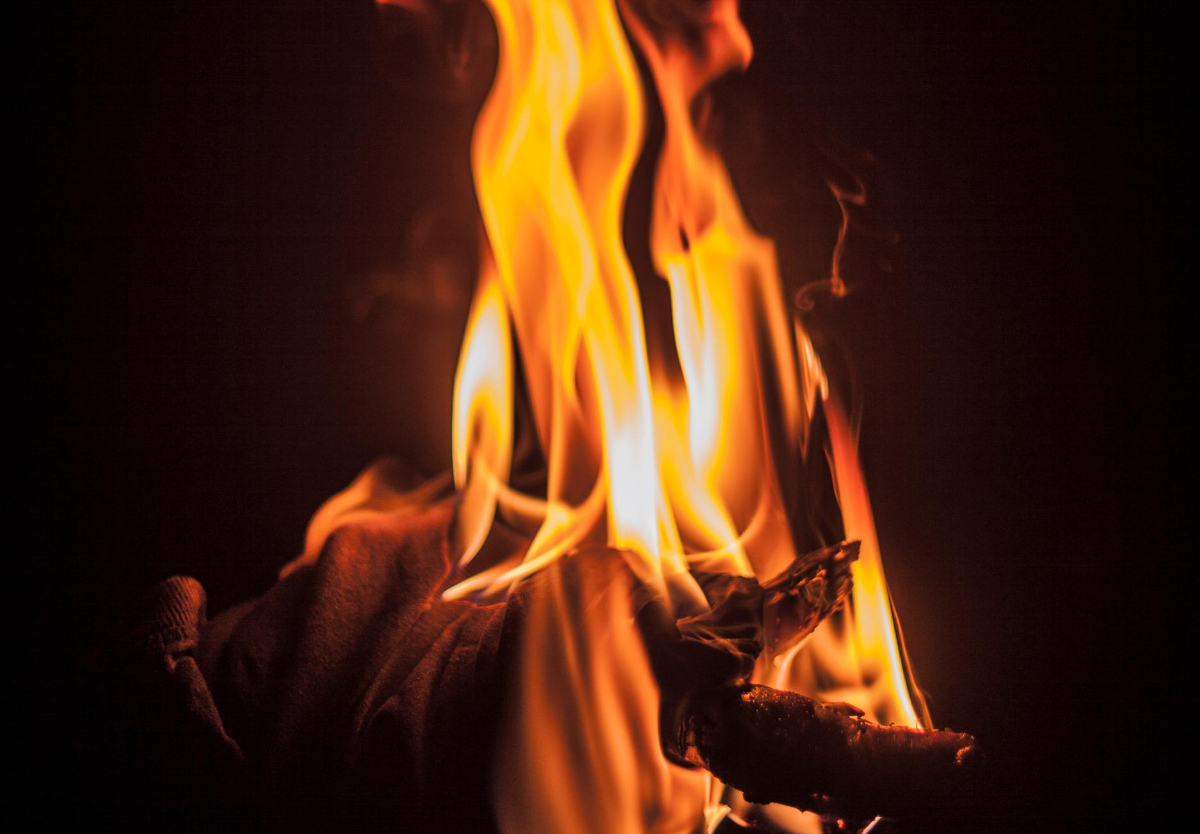 $160 million dollars’ worth—that’s how much gold “was used for the work, in all the construction of the sanctuary.” What does Exodus 38 teach us? It’s not about money or precious metals as much as God’s image. Whatever we “pour” our hearts into and “cast” our aspirations on should represent God and His design. Charitable spirituality vs. adorned sacred space is a false dichotomy. The women offered their own mirrors as all Israel offered the plunder of Egypt. God doesn’t need it—He can hallow a bush in the wilderness—but we sacrifice what God provides to adorn the altar of God’s true image: the mercy seat of the most precious body and blood of Christ, incarnate for the world’s salvation.

Making the Altar of Burnt Offering

38 He made the altar of burnt offering of acacia wood. Five cubits[a] was its length, and five cubits its breadth. It was square, and three cubits was its height. 2 He made horns for it on its four corners. Its horns were of one piece with it, and he overlaid it with bronze. 3 And he made all the utensils of the altar, the pots, the shovels, the basins, the forks, and the fire pans. He made all its utensils of bronze. 4 And he made for the altar a grating, a network of bronze, under its ledge, extending halfway down. 5 He cast four rings on the four corners of the bronze grating as holders for the poles. 6 He made the poles of acacia wood and overlaid them with bronze. 7 And he put the poles through the rings on the sides of the altar to carry it with them. He made it hollow, with boards.

8 He made the basin of bronze and its stand of bronze, from the mirrors of the ministering women who ministered in the entrance of the tent of meeting.

Materials for the Tabernacle

21 These are the records of the tabernacle, the tabernacle of the testimony, as they were recorded at the commandment of Moses, the responsibility of the Levites under the direction of Ithamar the son of Aaron the priest. 22 Bezalel the son of Uri, son of Hur, of the tribe of Judah, made all that the Lord commanded Moses; 23 and with him was Oholiab the son of Ahisamach, of the tribe of Dan, an engraver and designer and embroiderer in blue and purple and scarlet yarns and fine twined linen.