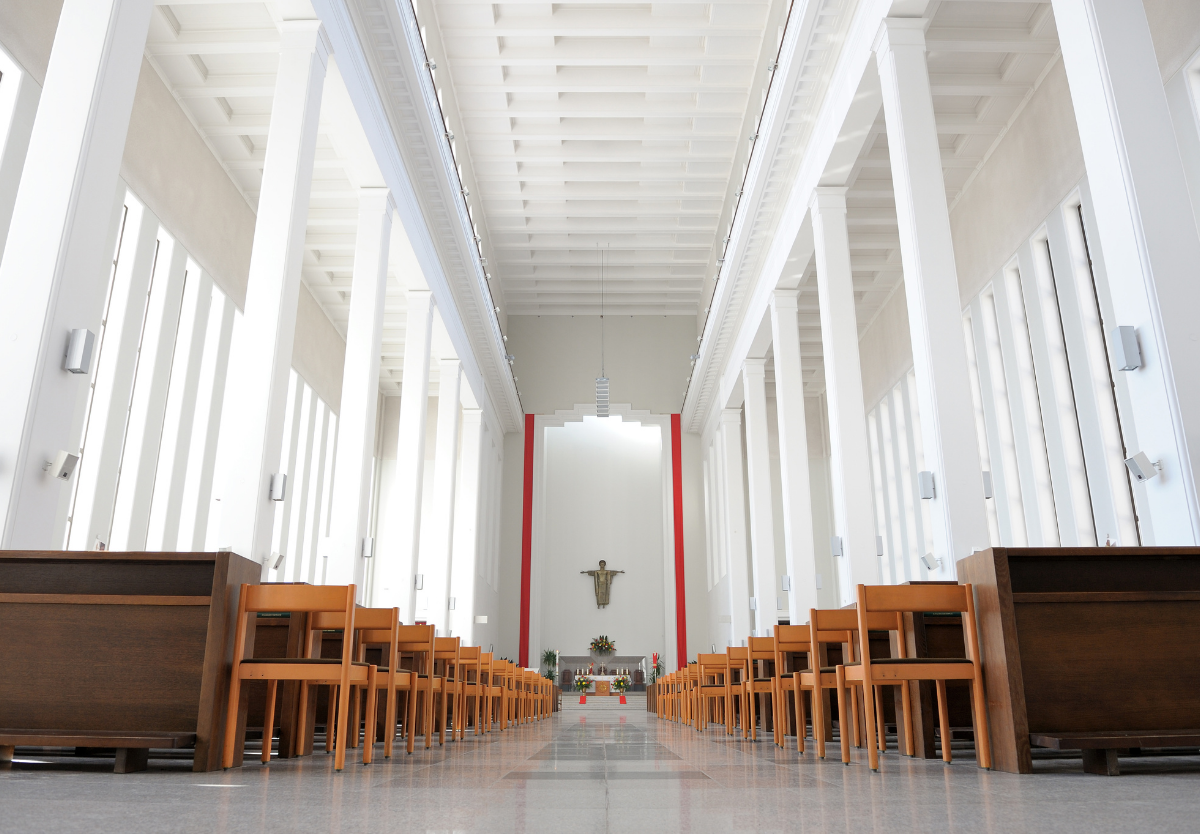 Home » Sharper Iron — Advent with the Prophets: The House the LORD Built

The LORD’s promise to establish the kingdom of David forever is a foundational Advent text. At a time of political peace in his kingdom, David sees that he is dwelling in a palace in Jerusalem while the ark of the covenant is under a tent. Thinking that the LORD’s house ought to be like his own, David tells Nathan that he would like to build the house of the LORD. The LORD graciously speaks to David to inform him that his plan, while perhaps coming from pious intentions, is wrong. The LORD’s house is not like David’s. The LORD gently rebukes David with the reminder that it is only by the LORD’s action that he has attained the place he has. Furthermore, the LORD has a better plan in mind than David ever had. The LORD promises a house for David. This line of kings from David’s own flesh will be everlasting and is fulfilled, not ultimately though Solomon, but through Jesus, the true Son of David. In the flesh of Jesus, God dwells among us. In Jesus, God has established His everlasting kingdom of salvation for all who believe in Him.

“Advent with the Prophets” is a mini-series on Sharper Iron that goes through the Old Testament readings appointed for the season of Advent. This holy season of repentance focuses our attention on Christ’s coming. As we spend time hearing the words of the prophets, the saints who waited patiently in the years before Christ’s coming in the flesh at Christmas, we too are prepared to receive Christ now in His Word and Sacrament, even as we wait for Him to come again in glory.

The Lord’s Covenant with David

7 Now when the king lived in his house and the Lord had given him rest from all his surrounding enemies, 2 the king said to Nathan the prophet, “See now, I dwell in a house of cedar, but the ark of God dwells in a tent.” 3 And Nathan said to the king, “Go, do all that is in your heart, for the Lord is with you.”

4 But that same night the word of the Lord came to Nathan, 5 “Go and tell my servant David, ‘Thus says the Lord: Would you build me a house to dwell in? 6 I have not lived in a house since the day I brought up the people of Israel from Egypt to this day, but I have been moving about in a tent for my dwelling. 7 In all places where I have moved with all the people of Israel, did I speak a word with any of the judges[a] of Israel, whom I commanded to shepherd my people Israel, saying, “Why have you not built me a house of cedar?”’ 8 Now, therefore, thus you shall say to my servant David, ‘Thus says the Lord of hosts, I took you from the pasture, from following the sheep, that you should be prince[b] over my people Israel. 9 And I have been with you wherever you went and have cut off all your enemies from before you. And I will make for you a great name, like the name of the great ones of the earth. 10 And I will appoint a place for my people Israel and will plant them, so that they may dwell in their own place and be disturbed no more. And violent men shall afflict them no more, as formerly, 11 from the time that I appointed judges over my people Israel. And I will give you rest from all your enemies. Moreover, the Lord declares to you that the Lord will make you a house. 12 When your days are fulfilled and you lie down with your fathers, I will raise up your offspring after you, who shall come from your body, and I will establish his kingdom. 13 He shall build a house for my name, and I will establish the throne of his kingdom forever. 14 I will be to him a father, and he shall be to me a son. When he commits iniquity, I will discipline him with the rod of men, with the stripes of the sons of men, 15 but my steadfast love will not depart from him, as I took it from Saul, whom I put away from before you. 16 And your house and your kingdom shall be made sure forever before me.[c] Your throne shall be established forever.’”

Oratio: He Sent His Son