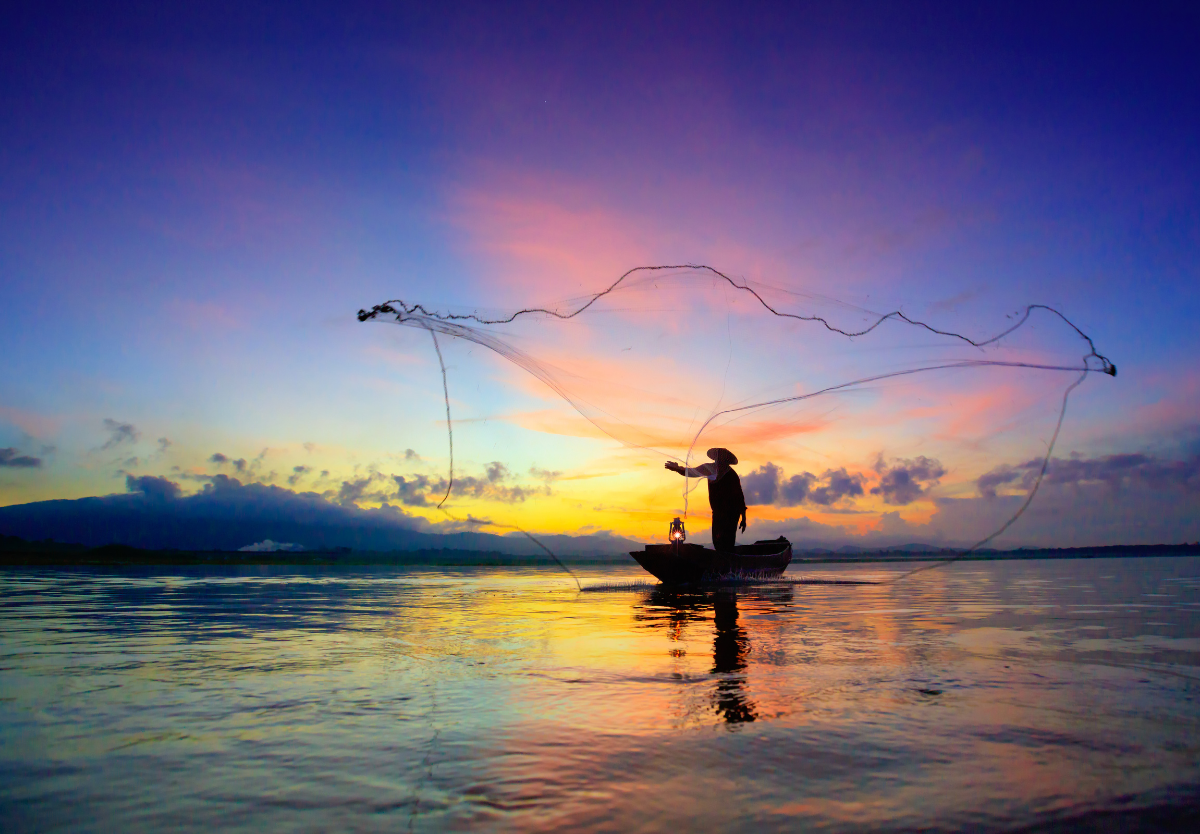 St. Mark’s rapid pace brings us already to Jesus calling His first disciples even though he’s only just over a dozen verses into the narrative. Jesus passes alongside the Sea of Galilee and sees two fishermen: Simon and Andrew, who are brothers. Simon Peter will become chief among the apostles, and his eyewitness account to Mark shows through in this text and other places in this Gospel. Jesus’ words to the two brothers are transformative. They leave their nets and follow Jesus; He becomes their first priority. Instead of gathering fish into nets, they will now gather men into the kingdom of God. James and John, the other two members of Jesus’ closest three disciples, receive the same call from the Lord. They leave even their father behind, a reminder that faith in Christ is always the priority for His people.

16 Passing alongside the Sea of Galilee, he saw Simon and Andrew the brother of Simon casting a net into the sea, for they were fishermen. 17 And Jesus said to them, “Follow me, and I will make you become fishers of men.”[a] 18 And immediately they left their nets and followed him. 19 And going on a little farther, he saw James the son of Zebedee and John his brother, who were in their boat mending the nets. 20 And immediately he called them, and they left their father Zebedee in the boat with the hired servants and followed him.

Oratio: Credited to Him as Righteousness

The Coffee Hour - Reading Scripture with the Church Fathers