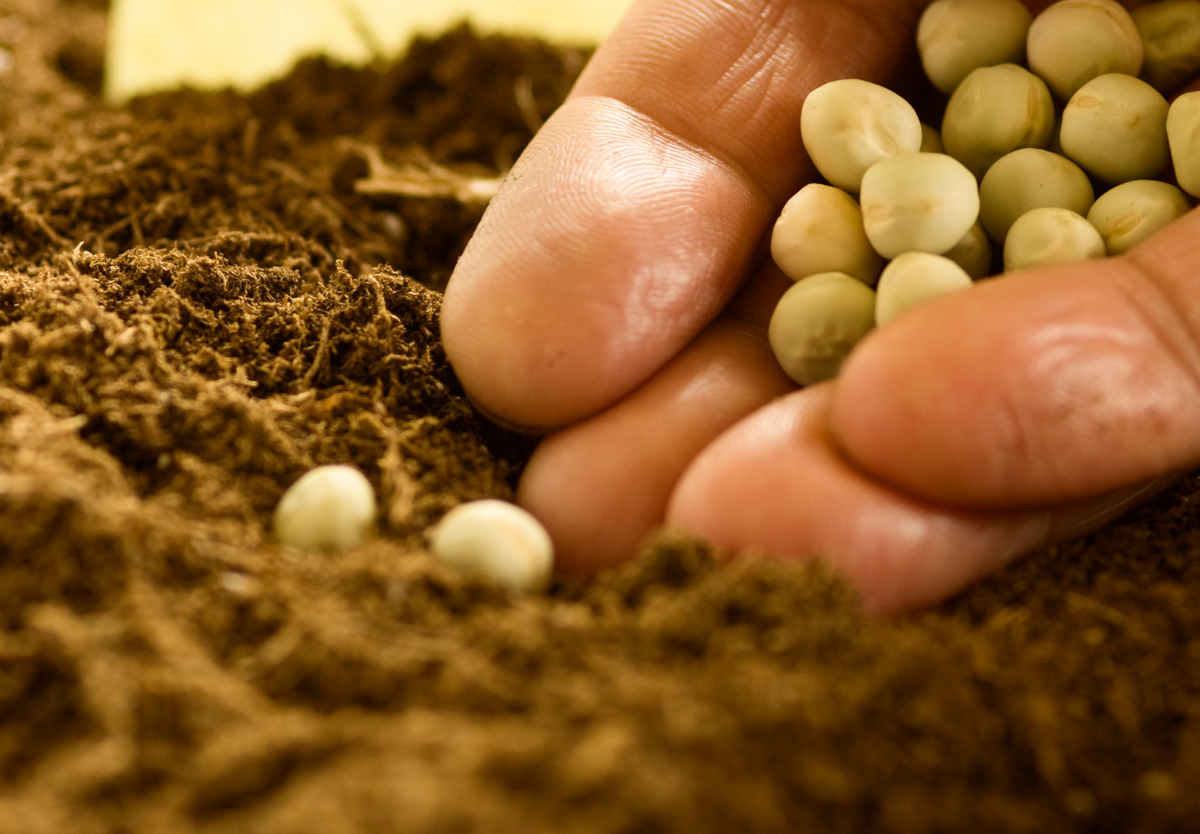 As the crowds continue to gather around Him, Jesus’ ministry of teaching takes Him into a boat to begin to speak in parables. His first parable calls those around Him to listen. He tells about a sower who casts his seed indiscriminately on four different types of soil. Only in the final soil is any fruit produced. Jesus explains privately to His disciples and those around Him that His parables serve to confirm the secret of the kingdom of God to those who believe. To those who do not believe, as St. Mark has recorded in the previous chapters, the parables serve as God’s judgment for unbelief, even as He desires to bring them to salvation. Jesus’ explanation of the parable helps us to interpret it centered around Him and the Word He proclaims. In each of the first three types of soil, He illustrated different obstacles to the hearing of His Word. Through each of these, He provides a warning to those who hear His Word to examine themselves. In such examination, He directs us back to Himself as the Sower of the Word, that we would hear the truth and, by His grace, believe and bear fruit.

4 Again he began to teach beside the sea. And a very large crowd gathered about him, so that he got into a boat and sat in it on the sea, and the whole crowd was beside the sea on the land. 2 And he was teaching them many things in parables, and in his teaching he said to them: 3 “Listen! Behold, a sower went out to sow. 4 And as he sowed, some seed fell along the path, and the birds came and devoured it. 5 Other seed fell on rocky ground, where it did not have much soil, and immediately it sprang up, since it had no depth of soil. 6 And when the sun rose, it was scorched, and since it had no root, it withered away. 7 Other seed fell among thorns, and the thorns grew up and choked it, and it yielded no grain. 8 And other seeds fell into good soil and produced grain, growing up and increasing and yielding thirtyfold and sixtyfold and a hundredfold.” 9 And he said, “He who has ears to hear, let him hear.”

Oratio: Help Those in Need