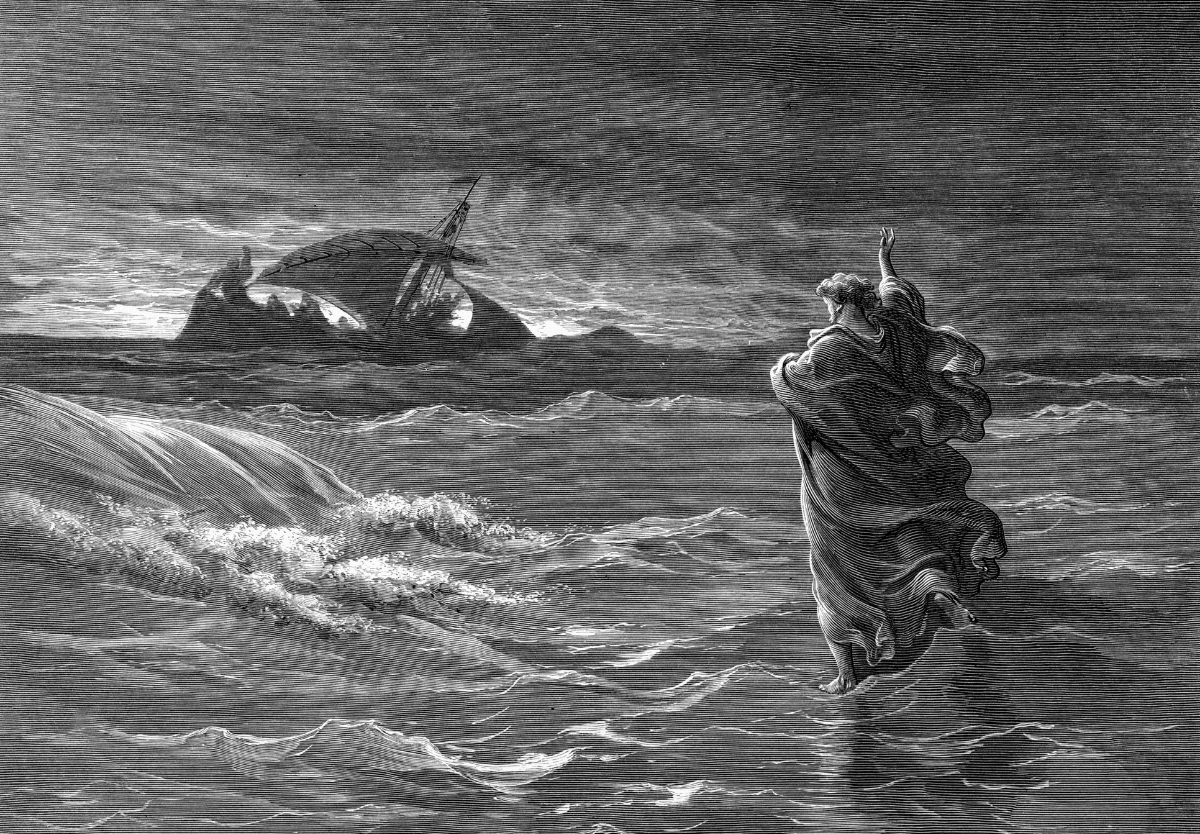 Home » Sharper Iron — The Gospel in Action: When the Lord Passes By

Jesus has not forgotten the rest that His disciples need. After feeding the large crowd, Jesus sends His disciples before Him to the other side of the Sea of Galilee. He remains alone to pray concerning His Father’s will for the salvation of sinners. By now it is late, and the disciples have everything but rest as the wind works against their trip across the sea. Jesus sees them and comes to them by walking on water. Such a matter of fact statement shows Jesus as the LORD, the One who created and controls the waters. By passing by His disciples, He intends to reveal Himself to them as He once revealed Himself to Moses and Elijah. The disciples miss it and react in fear, thinking Jesus is a ghost. He speaks His Word to reveal the truth yet again, promising these men they have nothing to fear. Yet they again miss it; their hearts do not yet believe the truth. When they arrive at their destination, Jesus continues His ministry of healing to those who come to Him in need.

45 Immediately he made his disciples get into the boat and go before him to the other side, to Bethsaida, while he dismissed the crowd. 46 And after he had taken leave of them, he went up on the mountain to pray. 47 And when evening came, the boat was out on the sea, and he was alone on the land. 48 And he saw that they were making headway painfully, for the wind was against them. And about the fourth watch of the night[a] he came to them, walking on the sea. He meant to pass by them, 49 but when they saw him walking on the sea they thought it was a ghost, and cried out, 50 for they all saw him and were terrified. But immediately he spoke to them and said, “Take heart; it is I. Do not be afraid.” 51 And he got into the boat with them, and the wind ceased. And they were utterly astounded, 52 for they did not understand about the loaves, but their hearts were hardened.

Oratio: Gospel in a Nutshell

The Coffee Hour - From Coast to Coast: Praising Father, Son, and Holy Ghost