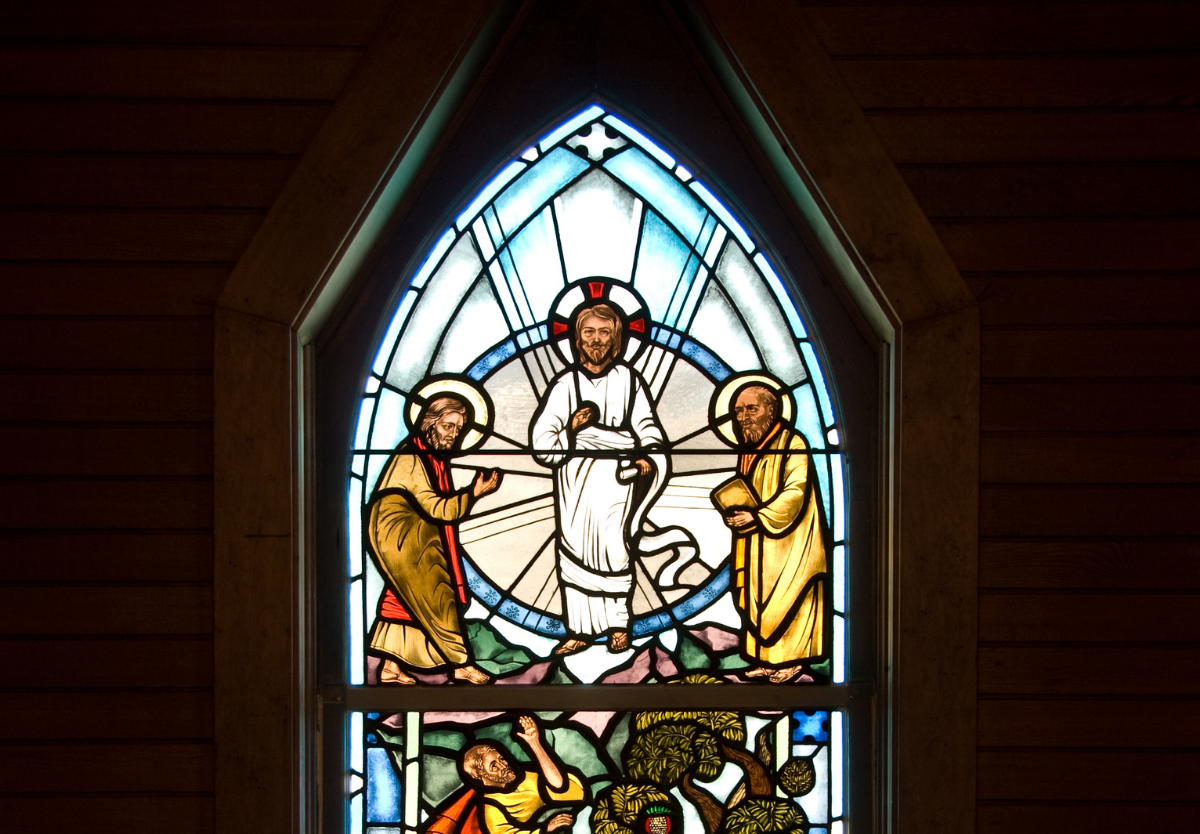 Home » Sharper Iron — The Gospel in Action: A Transfigured Preview of Glory to Come

Jesus’ trip with Peter, James, and John up a high mountain recalls the Old Testament revelations the LORD gave to His people on mountains. On this high mountain, Jesus’ appearance and clothes are transformed by the divine glory that is His. The appearance of Moses and Elijah reminds us that the prophets who came before Jesus pointed to Him and His work as the Savior. Though Peter does not know what to say, the voice of the Father identifies Jesus as His beloved Son and commands us to listen to Him, particularly what He has just said about His suffering, death, and resurrection. Although the disciples did not understand it at the time, this amazing event in our Lord’s ministry invites us to see that the One who suffers and dies for us is the one true God who has all glory.

2 And after six days Jesus took with him Peter and James and John, and led them up a high mountain by themselves. And he was transfigured before them, 3 and his clothes became radiant, intensely white, as no one[a] on earth could bleach them. 4 And there appeared to them Elijah with Moses, and they were talking with Jesus. 5 And Peter said to Jesus, “Rabbi,[b] it is good that we are here. Let us make three tents, one for you and one for Moses and one for Elijah.” 6 For he did not know what to say, for they were terrified. 7 And a cloud overshadowed them, and a voice came out of the cloud, “This is my beloved Son;[c] listen to him.” 8 And suddenly, looking around, they no longer saw anyone with them but Jesus only.

9 And as they were coming down the mountain, he charged them to tell no one what they had seen, until the Son of Man had risen from the dead. 10 So they kept the matter to themselves, questioning what this rising from the dead might mean. 11 And they asked him, “Why do the scribes say that first Elijah must come?” 12 And he said to them, “Elijah does come first to restore all things. And how is it written of the Son of Man that he should suffer many things and be treated with contempt? 13 But I tell you that Elijah has come, and they did to him whatever they pleased, as it is written of him.”

Oratio: Salvation for You