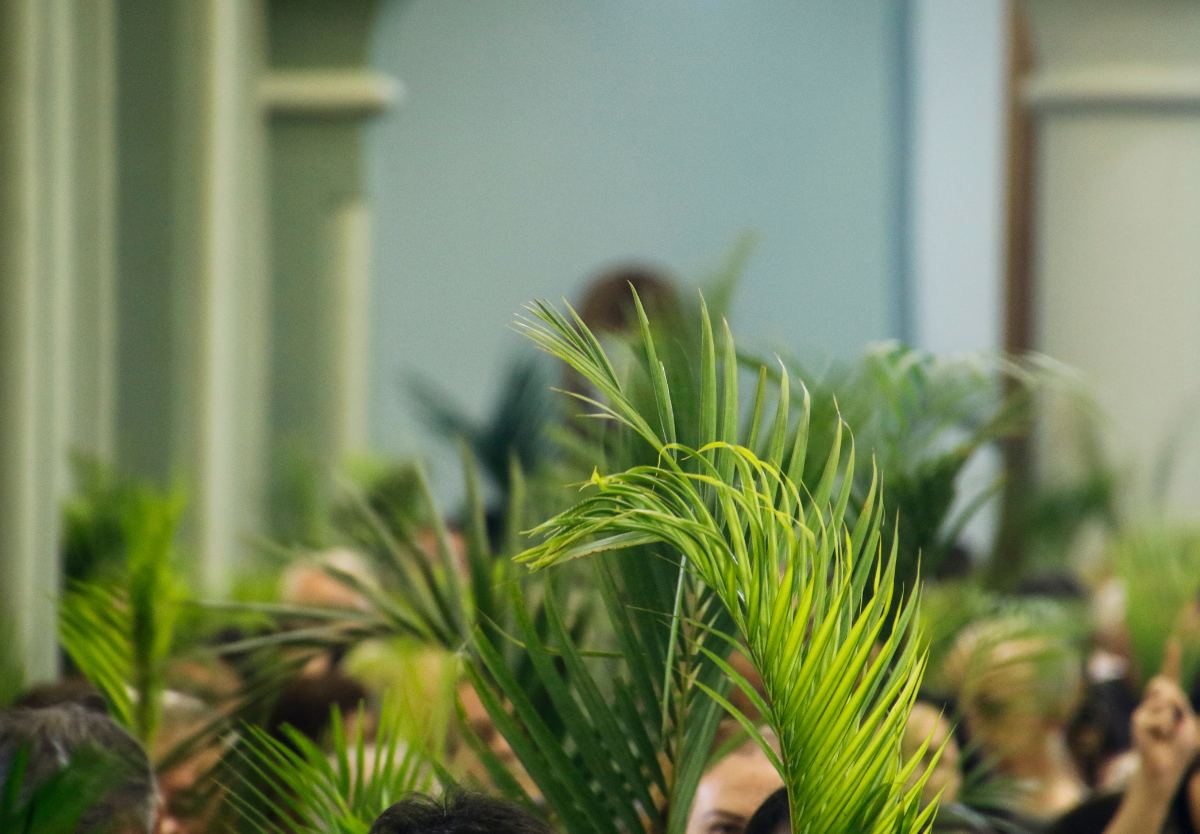 Home » Sharper Iron — The Gospel in Action: The King Who Comes as Sacrifice

Jesus’ ministry reaches a pivotal moment as He enters into Jerusalem. He instructs two of His disciples very specifically as to where and how they will acquire a colt for Him to ride into Jerusalem. The fervor of the crowd following Jesus grows as they realize that Jesus’ use of a colt signals that He is the promised King in the line of David who comes in humility to save as a sacrifice for His people. Even if the crowd does not fully grasp the truth, they are right to confess Jesus as their King by their use of cloaks and palm branches. They praise Jesus with words from Psalm 118, a psalm that sets the tone for all of Jesus’ saving work during Holy Week.

11 Now when they drew near to Jerusalem, to Bethphage and Bethany, at the Mount of Olives, Jesus[a] sent two of his disciples 2 and said to them, “Go into the village in front of you, and immediately as you enter it you will find a colt tied, on which no one has ever sat. Untie it and bring it. 3 If anyone says to you, ‘Why are you doing this?’ say, ‘The Lord has need of it and will send it back here immediately.’” 4 And they went away and found a colt tied at a door outside in the street, and they untied it. 5 And some of those standing there said to them, “What are you doing, untying the colt?” 6 And they told them what Jesus had said, and they let them go. 7 And they brought the colt to Jesus and threw their cloaks on it, and he sat on it. 8 And many spread their cloaks on the road, and others spread leafy branches that they had cut from the fields. 9 And those who went before and those who followed were shouting, “Hosanna! Blessed is he who comes in the name of the Lord! 10 Blessed is the coming kingdom of our father David! Hosanna in the highest!”

Oratio: In Christ You Have Everything