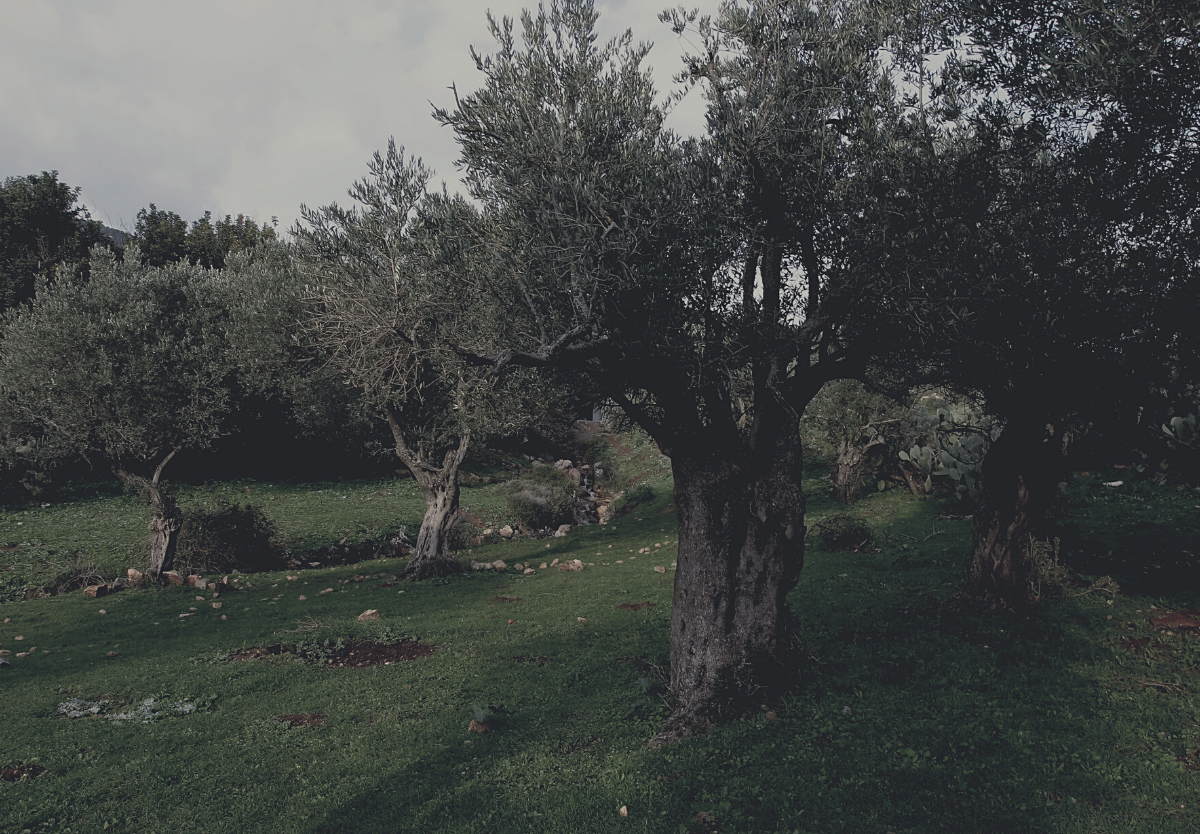 Even with His betrayal, suffering, and death looming, Jesus still sings with His disciples as they go to the Mount of Olives. He bluntly tells His disciples that they will all fall away, as the prophet Zechariah foretold. Peter responds selfishly, contending that he will not. Jesus reveals that Peter particularly will deny Him three times before the night is over, even as all the disciples protest their loyalty. When they reach Gethsemane, Jesus is greatly distressed and troubled; His entire being is sorrowful. He prays with trust in His Heavenly Father’s will. Jesus’ faithfulness stands in contrast to His inner circle, Peter, James, and John, who cannot stay awake with their Lord even for an hour. As His prayer concludes, Jesus is strengthened to face His suffering and death, which is now at hand.

32 And they went to a place called Gethsemane. And he said to his disciples, “Sit here while I pray.” 33 And he took with him Peter and James and John, and began to be greatly distressed and troubled. 34 And he said to them, “My soul is very sorrowful, even to death. Remain here and watch.”[a] 35 And going a little farther, he fell on the ground and prayed that, if it were possible, the hour might pass from him. 36 And he said, “Abba, Father, all things are possible for you. Remove this cup from me. Yet not what I will, but what you will.” 37 And he came and found them sleeping, and he said to Peter, “Simon, are you asleep? Could you not watch one hour? 38 Watch and pray that you may not enter into temptation. The spirit indeed is willing, but the flesh is weak.” 39 And again he went away and prayed, saying the same words. 40 And again he came and found them sleeping, for their eyes were very heavy, and they did not know what to answer him. 41 And he came the third time and said to them, “Are you still sleeping and taking your rest? It is enough; the hour has come. The Son of Man is betrayed into the hands of sinners. 42 Rise, let us be going; see, my betrayer is at hand.”

Oratio: Son of the Father

The Coffee Hour - Rumor Has it Jesus Forgives Gossipers (Rebroadcast)