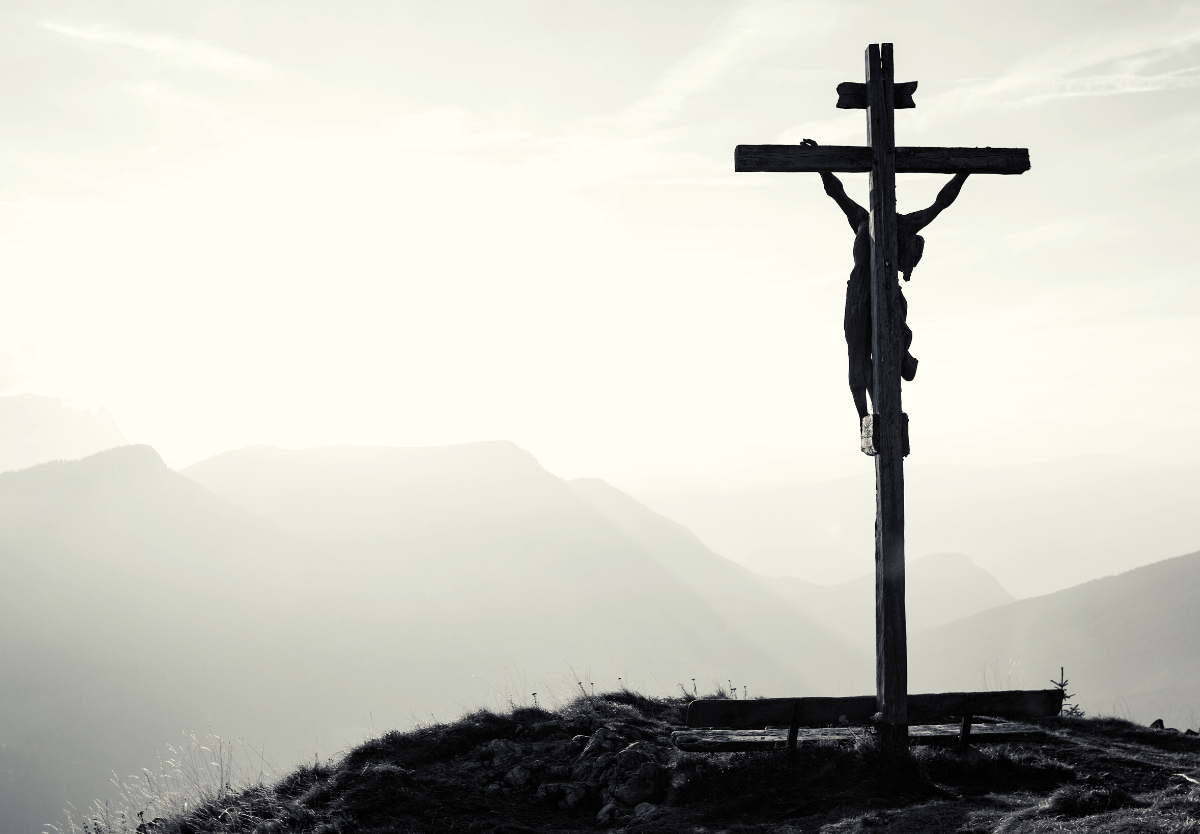 Home » Sharper Iron — The Gospel in Action: The Suffering and Crucified King

Jesus’ suffering intensifies. The entire Roman battalion, about 600 men strong, joins in mockery and blasphemy for their sadistic pleasure. The purple cloak and crown of thorns are intended to show Jesus what they think of His kingship, and the spitting and mockery add great shame to growing pain. Jesus’ wounds make Him too weak to carry His own cross, so Simon of Cyrene is compelled to do the task in Jesus’ place. Simon, likely well-known personally in the early Church, serves as a literal example of a disciple who picks up his cross and follows Jesus. Upon arriving at Golgotha, Jesus is crucified in complete shame and nakedness. The mockery comes from every side. The religious leaders, the passersby, and even the two thieves join in the insults. Jesus endures it faithfully, refusing to come down from the cross in order to save us sinners. For this reason, we Christians rightly worship Jesus as our suffering and crucified Lord.

16 And the soldiers led him away inside the palace (that is, the governor’s headquarters),[a] and they called together the whole battalion.[b] 17 And they clothed him in a purple cloak, and twisting together a crown of thorns, they put it on him. 18 And they began to salute him, “Hail, King of the Jews!” 19 And they were striking his head with a reed and spitting on him and kneeling down in homage to him. 20 And when they had mocked him, they stripped him of the purple cloak and put his own clothes on him. And they led him out to crucify him.

21 And they compelled a passerby, Simon of Cyrene, who was coming in from the country, the father of Alexander and Rufus, to carry his cross. 22 And they brought him to the place called Golgotha (which means Place of a Skull). 23 And they offered him wine mixed with myrrh, but he did not take it. 24 And they crucified him and divided his garments among them, casting lots for them, to decide what each should take. 25 And it was the third hour[c] when they crucified him. 26 And the inscription of the charge against him read, “The King of the Jews.” 27 And with him they crucified two robbers, one on his right and one on his left.[d] 29 And those who passed by derided him, wagging their heads and saying, “Aha! You who would destroy the temple and rebuild it in three days, 30 save yourself, and come down from the cross!” 31 So also the chief priests with the scribes mocked him to one another, saying, “He saved others; he cannot save himself. 32 Let the Christ, the King of Israel, come down now from the cross that we may see and believe.” Those who were crucified with him also reviled him.

The Coffee Hour - Easter Vigil: From Darkness to Light