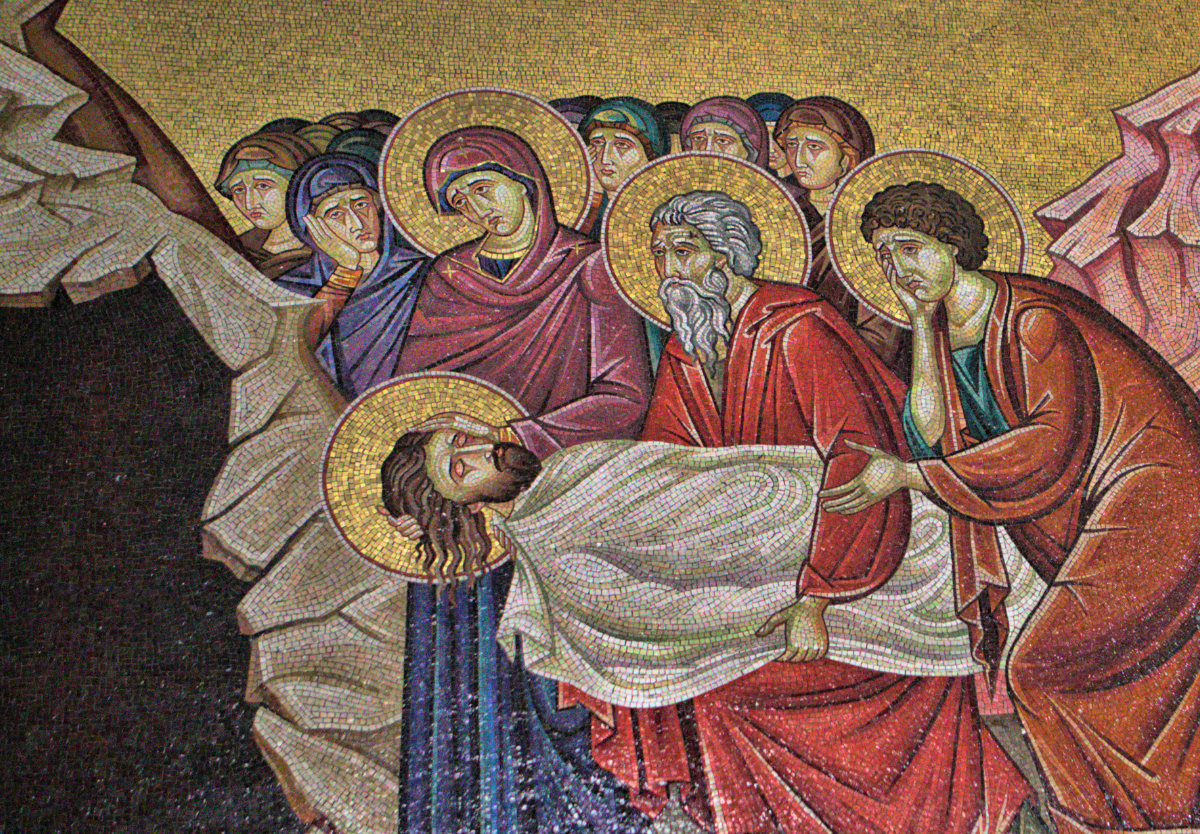 Home » Sharper Iron — The Gospel in Action: Even There I’ll Sleep Secure

St. Mark continues his slow, detailed account through the events of Jesus’ passion as he records Jesus’ burial. Because Jesus died and was buried on Good Friday, His prediction of His third day resurrection remains intact. As a member of the Sanhedrin who is also rich, Joseph of Arimathea seems like an unlikely disciple of Jesus. Yet he, like Simeon, Anna, and other saints, is looking for the kingdom of God in Jesus. Through Spirit-given boldness, Joseph takes a political and religious risk in asking Pilate for permission to bury Jesus. Pilate’s surprise at Jesus’ death is due to its speed; crucifixion often took days. The investigation that happens assures us that Jesus did, in fact, die. Joseph shows great care and love in his burial of his Lord. The women see the precise location of Jesus’ tomb, establishing them as faithful witnesses. Jesus’ burial gives us Christians the comfort that He will raise us from our graves on the Last Day.

42 And when evening had come, since it was the day of Preparation, that is, the day before the Sabbath, 43 Joseph of Arimathea, a respected member of the council, who was also himself looking for the kingdom of God, took courage and went to Pilate and asked for the body of Jesus. 44 Pilate was surprised to hear that he should have already died.[a] And summoning the centurion, he asked him whether he was already dead. 45 And when he learned from the centurion that he was dead, he granted the corpse to Joseph. 46 And Joseph[b] bought a linen shroud, and taking him down, wrapped him in the linen shroud and laid him in a tomb that had been cut out of the rock. And he rolled a stone against the entrance of the tomb. 47 Mary Magdalene and Mary the mother of Joses saw where he was laid.

{The Lutheran Ladies' Lounge} Adventures in Lutheranism: The Easter Vigil!

The Coffee Hour - Sing, My Tongue, the Glorious Battle (Rebroadcast)