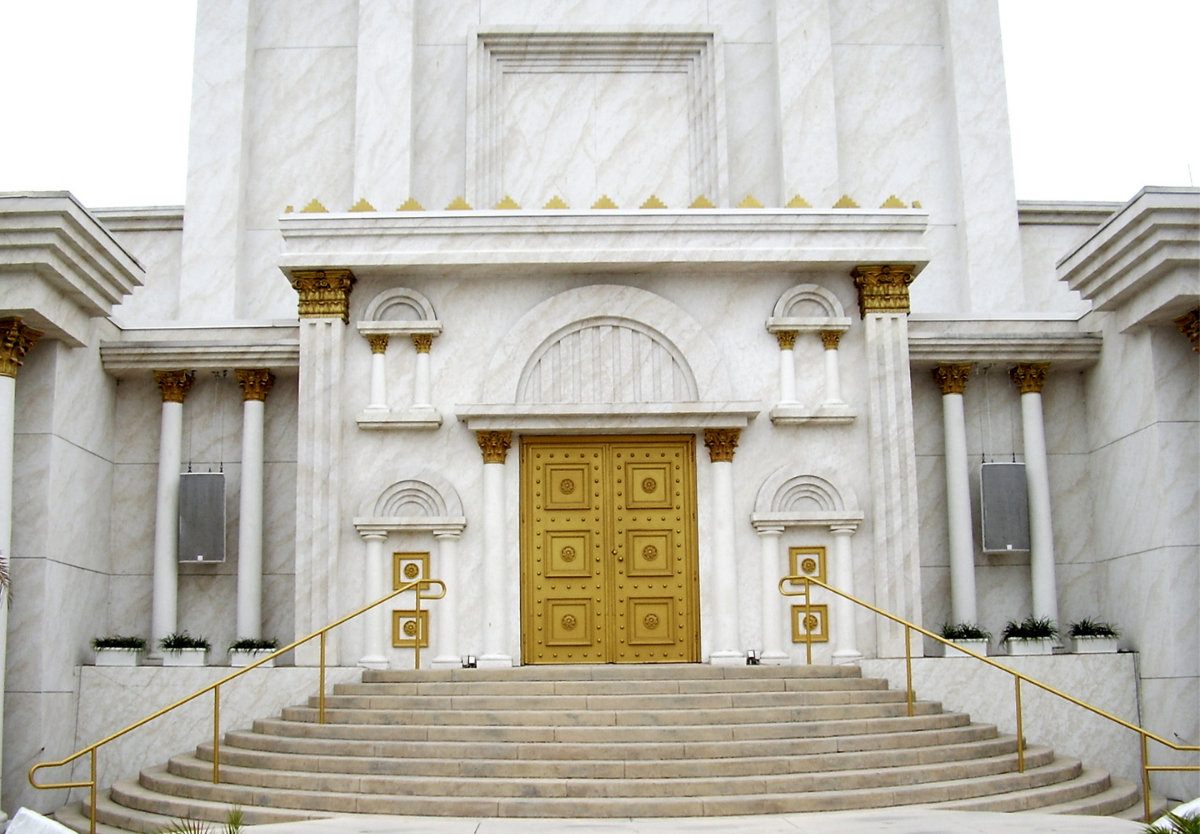 480 years after the Israelites left Egypt, the temple was finally being built.  We see the intricate details of the building of the sanctuary, nave, holy place that has shaped how we build our modern-day churches.  God set aside a place for people to be around the Holy Things and today He has set aside the places (Word, Water, and Bread)  where He promises to give His gifts of forgiveness, life, and salvation.  “Lord God, as You promised to be present with Your people in the temple, we give You thanks that You are present with us by Your gifts.  Help us to hold Your Word sacred and gladly hear and learn it.  Lord have mercy.  Amen”

6 In the four hundred and eightieth year after the people of Israel came out of the land of Egypt, in the fourth year of Solomon’s reign over Israel, in the month of Ziv, which is the second month, he began to build the house of the Lord. 2 The house that King Solomon built for the Lord was sixty cubits[a] long, twenty cubits wide, and thirty cubits high. 3 The vestibule in front of the nave of the house was twenty cubits long, equal to the width of the house, and ten cubits deep in front of the house. 4 And he made for the house windows with recessed frames.[b] 5 He also built a structure[c] against the wall of the house, running around the walls of the house, both the nave and the inner sanctuary. And he made side chambers all around. 6 The lowest story[d] was five cubits broad, the middle one was six cubits broad, and the third was seven cubits broad. For around the outside of the house he made offsets on the wall in order that the supporting beams should not be inserted into the walls of the house.

7 When the house was built, it was with stone prepared at the quarry, so that neither hammer nor axe nor any tool of iron was heard in the house while it was being built.

11 Now the word of the Lord came to Solomon, 12 “Concerning this house that you are building, if you will walk in my statutes and obey my rules and keep all my commandments and walk in them, then I will establish my word with you, which I spoke to David your father. 13 And I will dwell among the children of Israel and will not forsake my people Israel.”

31 For the entrance to the inner sanctuary he made doors of olivewood; the lintel and the doorposts were five-sided.[h] 32 He covered the two doors of olivewood with carvings of cherubim, palm trees, and open flowers. He overlaid them with gold and spread gold on the cherubim and on the palm trees.

33 So also he made for the entrance to the nave doorposts of olivewood, in the form of a square, 34 and two doors of cypress wood. The two leaves of the one door were folding, and the two leaves of the other door were folding. 35 On them he carved cherubim and palm trees and open flowers, and he overlaid them with gold evenly applied on the carved work. 36 He built the inner court with three courses of cut stone and one course of cedar beams.

37 In the fourth year the foundation of the house of the Lord was laid, in the month of Ziv. 38 And in the eleventh year, in the month of Bul, which is the eighth month, the house was finished in all its parts, and according to all its specifications. He was seven years in building it.

A Moment for the Family: Returning to the Classroom