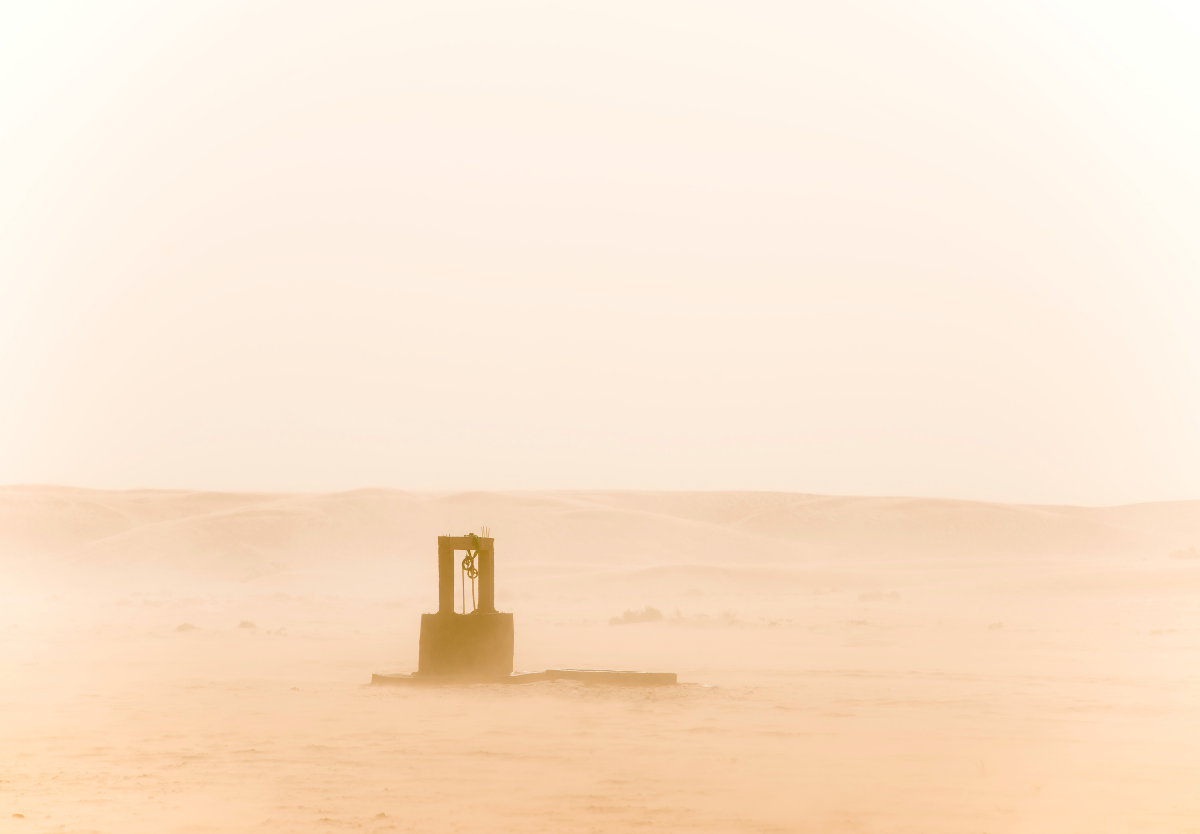 Home » Sharper Iron — A Time to Destroy and a Time to Build: Idolatry is a Leaky Well

As Jeremiah’s preaching begins, the LORD recalls the honeymoon period with His people as the exodus from Egypt. Though they certainly rebelled in their wilderness wanderings, they came back to the LORD in repentance. All of that has changed by Jeremiah’s time; these words are a long time coming. Though the LORD has committed no wrong against His people, they have forsaken Him to follow after other gods. In so doing, they have not only left the source of living water, but they have dug wells that only leak. Destruction is coming, says Jeremiah, and salvation will not be found in the help of any foreign nations. The people’s sin will be its own punishment when Babylon destroys them. The only solution is to return to that which they have forsaken: the fear of the LORD.

2 The word of the Lord came to me, saying, 2 “Go and proclaim in the hearing of Jerusalem, Thus says the Lord,

“I remember the devotion of your youth,
your love as a bride,
how you followed me in the wilderness,
in a land not sown.
3 Israel was holy to the Lord,
the firstfruits of his harvest.
All who ate of it incurred guilt;
disaster came upon them,
declares the Lord.”

4 Hear the word of the Lord, O house of Jacob, and all the clans of the house of Israel. 5 Thus says the Lord:

“What wrong did your fathers find in me
that they went far from me,
and went after worthlessness, and became worthless?
6 They did not say, ‘Where is the Lord
who brought us up from the land of Egypt,
who led us in the wilderness,
in a land of deserts and pits,
in a land of drought and deep darkness,
in a land that none passes through,
where no man dwells?’
7 And I brought you into a plentiful land
to enjoy its fruits and its good things.
But when you came in, you defiled my land
and made my heritage an abomination.
8 The priests did not say, ‘Where is the Lord?’
Those who handle the law did not know me;
the shepherds[a] transgressed against me;
the prophets prophesied by Baal
and went after things that do not profit.

9 “Therefore I still contend with you,
declares the Lord,
and with your children’s children I will contend.
10 For cross to the coasts of Cyprus and see,
or send to Kedar and examine with care;
see if there has been such a thing.
11 Has a nation changed its gods,
even though they are no gods?
But my people have changed their glory
for that which does not profit.
12 Be appalled, O heavens, at this;
be shocked, be utterly desolate,
declares the Lord,
13 for my people have committed two evils:
they have forsaken me,
the fountain of living waters,
and hewed out cisterns for themselves,
broken cisterns that can hold no water.

14 “Is Israel a slave? Is he a homeborn servant?
Why then has he become a prey?
15 The lions have roared against him;
they have roared loudly.
They have made his land a waste;
his cities are in ruins, without inhabitant.
16 Moreover, the men of Memphis and Tahpanhes
have shaved[b] the crown of your head.
17 Have you not brought this upon yourself
by forsaking the Lord your God,
when he led you in the way?
18 And now what do you gain by going to Egypt
to drink the waters of the Nile?
Or what do you gain by going to Assyria
to drink the waters of the Euphrates?[c]
19 Your evil will chastise you,
and your apostasy will reprove you.
Know and see that it is evil and bitter
for you to forsake the Lord your God;
the fear of me is not in you,
declares the Lord God of hosts.

The Coffee Hour - Ascension: Why is it a big deal? (Rebroadcast)