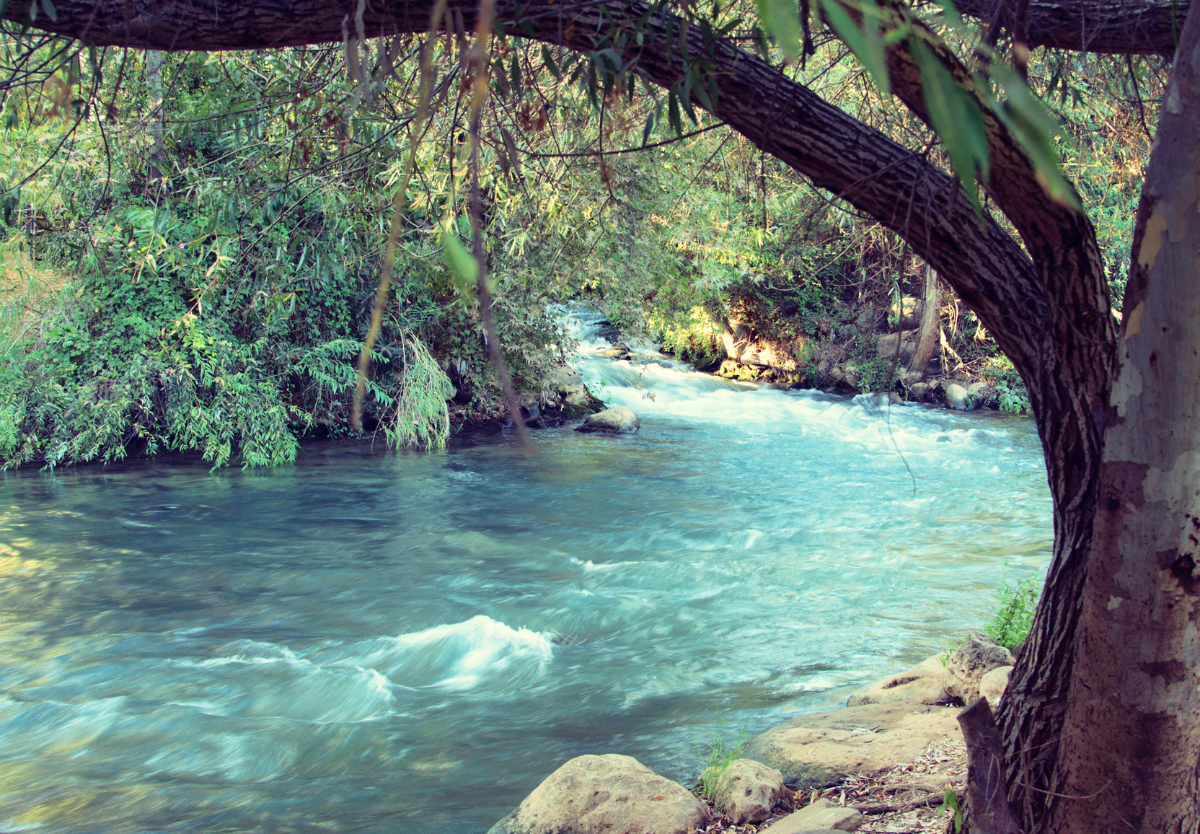 The LORD is the LORD of the lowly.  God worked through a little girl and a leper, not by silver, gold, or fancy clothes, but by a few words and some water.  In our world, “Might makes right.”  Whoever has the most power & money wins the day, but God shows us that He works for the lowly and the lowly do great things by His Word—forgiveness, life, and salvation.  “Lord God, as You have called us as Your own through a few nails, pieces of wood and claimed us through some words and water, bring Your healing upon us in body and soul that we may trust in You and allow Your will to be done.  In Christ, Amen”

5 Naaman, commander of the army of the king of Syria, was a great man with his master and in high favor, because by him the Lord had given victory to Syria. He was a mighty man of valor, but he was a leper.[a] 2 Now the Syrians on one of their raids had carried off a little girl from the land of Israel, and she worked in the service of Naaman’s wife. 3 She said to her mistress, “Would that my lord were with the prophet who is in Samaria! He would cure him of his leprosy.” 4 So Naaman went in and told his lord, “Thus and so spoke the girl from the land of Israel.” 5 And the king of Syria said, “Go now, and I will send a letter to the king of Israel.”

So he went, taking with him ten talents of silver, six thousand shekels[b] of gold, and ten changes of clothing. 6 And he brought the letter to the king of Israel, which read, “When this letter reaches you, know that I have sent to you Naaman my servant, that you may cure him of his leprosy.” 7 And when the king of Israel read the letter, he tore his clothes and said, “Am I God, to kill and to make alive, that this man sends word to me to cure a man of his leprosy? Only consider, and see how he is seeking a quarrel with me.”

8 But when Elisha the man of God heard that the king of Israel had torn his clothes, he sent to the king, saying, “Why have you torn your clothes? Let him come now to me, that he may know that there is a prophet in Israel.” 9 So Naaman came with his horses and chariots and stood at the door of Elisha’s house. 10 And Elisha sent a messenger to him, saying, “Go and wash in the Jordan seven times, and your flesh shall be restored, and you shall be clean.” 11 But Naaman was angry and went away, saying, “Behold, I thought that he would surely come out to me and stand and call upon the name of the Lord his God, and wave his hand over the place and cure the leper. 12 Are not Abana[c] and Pharpar, the rivers of Damascus, better than all the waters of Israel? Could I not wash in them and be clean?” So he turned and went away in a rage. 13 But his servants came near and said to him, “My father, it is a great word the prophet has spoken to you; will you not do it? Has he actually said to you, ‘Wash, and be clean’?” 14 So he went down and dipped himself seven times in the Jordan, according to the word of the man of God, and his flesh was restored like the flesh of a little child, and he was clean.

A Moment on the Lighter Side: Herod Antipas and John the Baptist