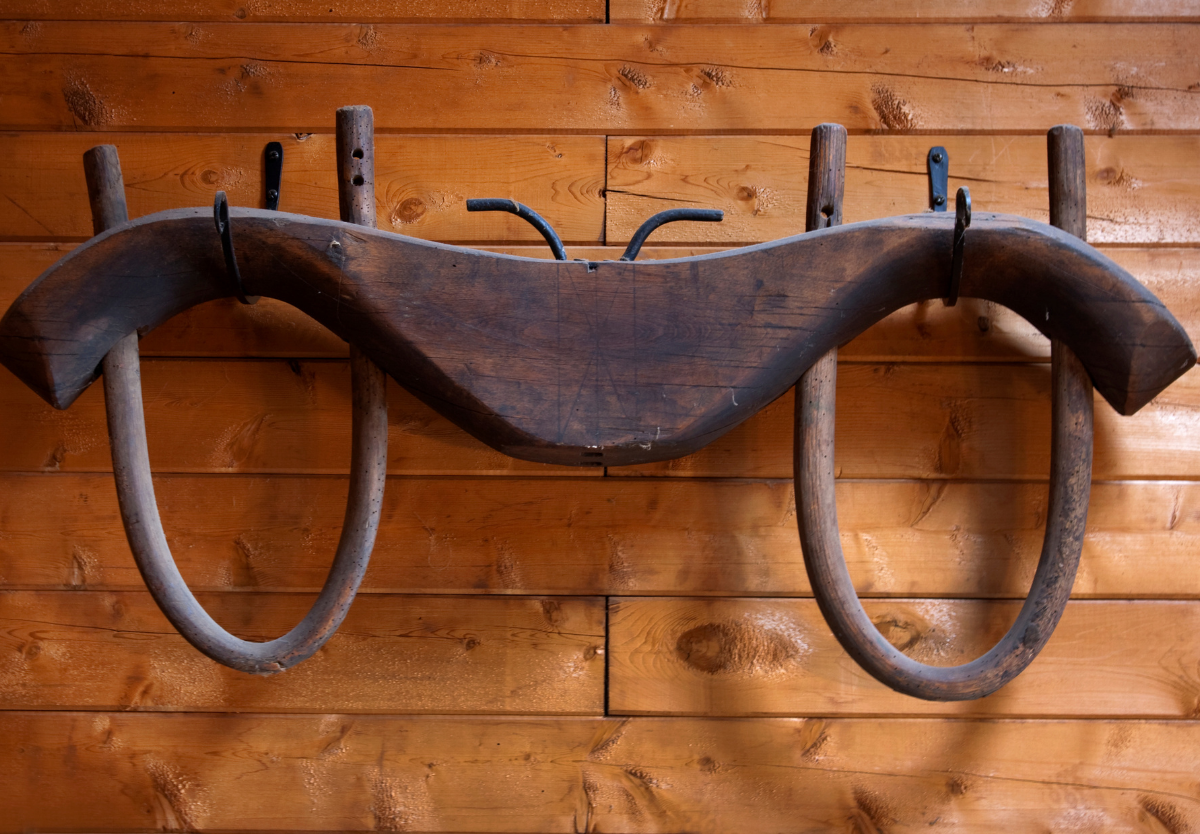 Home » Sharper Iron — A Time to Destroy and a Time to Build: Yoked

The LORD tells Jeremiah to make a yoke for himself in order to preach His Word to nations. As a yoke places an animal under the control of its master, so the nations who have been attempting to ally against Babylon will be placed under the control of Nebuchadnezzar. Those who attempt to rebel against him will only be destroyed, but those who go in the direction of the way he leads them under his yoke will be allowed to live in their own land. In this way, the LORD reveals His previously hidden will to the nations that they might trust in His Word. The LORD gives Jeremiah a similar word to speak to His own people and their king, Zedekiah. They must not presume to think they will be exempt, nor should they listen to the lies of the false prophets. Such lies will only lead to death. The LORD proclaims the reality that the vessels of the temple will be taken into exile, but He promises restoration in the day of His visitation.

The Yoke of Nebuchadnezzar

27 In the beginning of the reign of Zedekiah[a] the son of Josiah, king of Judah, this word came to Jeremiah from the Lord. 2 Thus the Lord said to me: “Make yourself straps and yoke-bars, and put them on your neck. 3 Send word[b] to the king of Edom, the king of Moab, the king of the sons of Ammon, the king of Tyre, and the king of Sidon by the hand of the envoys who have come to Jerusalem to Zedekiah king of Judah. 4 Give them this charge for their masters: ‘Thus says the Lord of hosts, the God of Israel: This is what you shall say to your masters: 5 “It is I who by my great power and my outstretched arm have made the earth, with the men and animals that are on the earth, and I give it to whomever it seems right to me. 6 Now I have given all these lands into the hand of Nebuchadnezzar, the king of Babylon, my servant, and I have given him also the beasts of the field to serve him. 7 All the nations shall serve him and his son and his grandson, until the time of his own land comes. Then many nations and great kings shall make him their slave.

8 “‘“But if any nation or kingdom will not serve this Nebuchadnezzar king of Babylon, and put its neck under the yoke of the king of Babylon, I will punish that nation with the sword, with famine, and with pestilence, declares the Lord, until I have consumed it by his hand. 9 So do not listen to your prophets, your diviners, your dreamers, your fortune-tellers, or your sorcerers, who are saying to you, ‘You shall not serve the king of Babylon.’ 10 For it is a lie that they are prophesying to you, with the result that you will be removed far from your land, and I will drive you out, and you will perish. 11 But any nation that will bring its neck under the yoke of the king of Babylon and serve him, I will leave on its own land, to work it and dwell there, declares the Lord.”’”