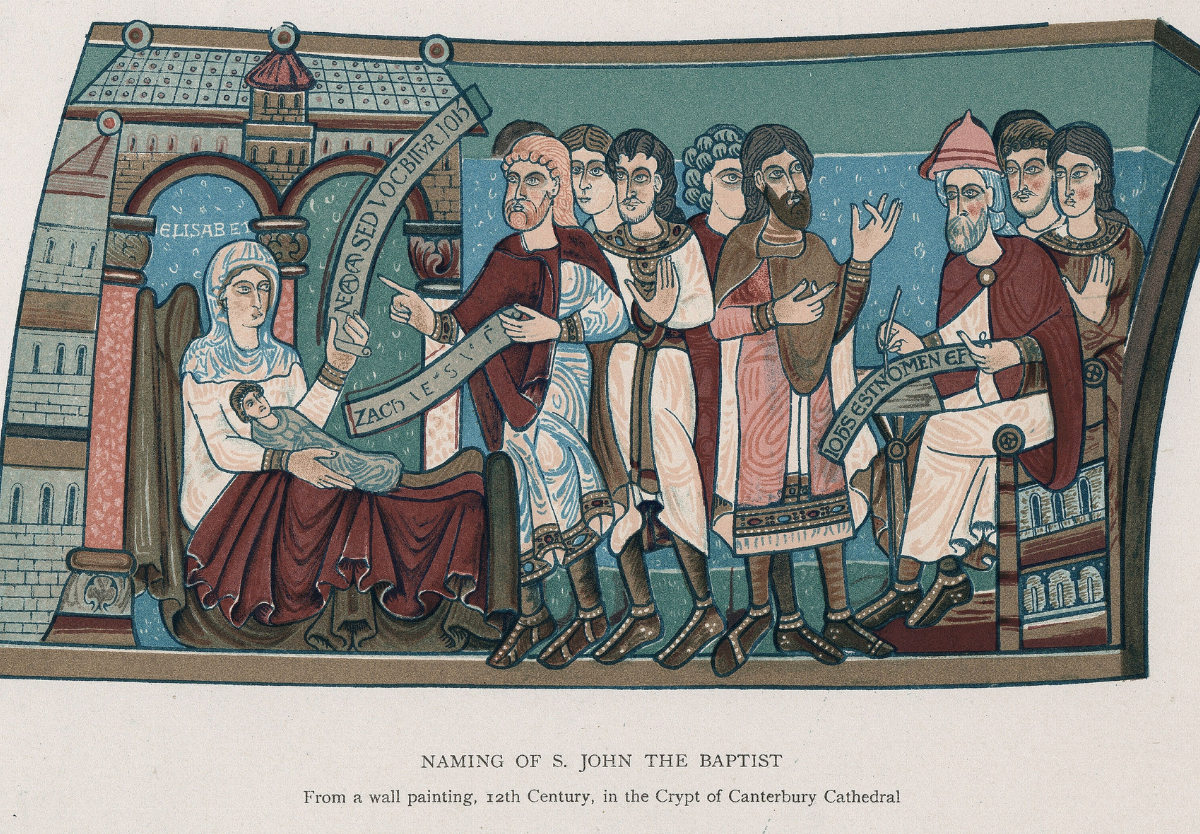 Home » Sharper Iron — The Beloved Physician’s Orderly Account: The Birth of John and the Benedictus

When the time came for Elizabeth to give birth, she gave birth to a son, to the great joy of all her family and neighbors. They wanted to name the child Zechariah, which normally would have been a fitting name given the family and circumstances. Yet the Word of God through Gabriel had already given the child a name, which Zechariah faithfully wrote on his tablet: “His name is John.” Having spoken now in faith, Zechariah breaks forth into song in the Benedictus. The first half of the song praises the Lord for the mercy for He had shown His people throughout the Old Testament, now fulfilled in the Child Mary is carrying. The second half of the song prophesies concerning the role John will play as the forerunner of the Christ. John will prepare the way of the Lord by proclaiming the forgiveness of sins, a light shining in the darkness.

The Birth of John the Baptist

57 Now the time came for Elizabeth to give birth, and she bore a son. 58 And her neighbors and relatives heard that the Lord had shown great mercy to her, and they rejoiced with her. 59 And on the eighth day they came to circumcise the child. And they would have called him Zechariah after his father, 60 but his mother answered, “No; he shall be called John.” 61 And they said to her, “None of your relatives is called by this name.” 62 And they made signs to his father, inquiring what he wanted him to be called. 63 And he asked for a writing tablet and wrote, “His name is John.” And they all wondered. 64 And immediately his mouth was opened and his tongue loosed, and he spoke, blessing God. 65 And fear came on all their neighbors. And all these things were talked about through all the hill country of Judea, 66 and all who heard them laid them up in their hearts, saying, “What then will this child be?” For the hand of the Lord was with him.

67 And his father Zechariah was filled with the Holy Spirit and prophesied, saying,

68 “Blessed be the Lord God of Israel,
for he has visited and redeemed his people
69 and has raised up a horn of salvation for us
in the house of his servant David,
70 as he spoke by the mouth of his holy prophets from of old,
71 that we should be saved from our enemies
and from the hand of all who hate us;
72 to show the mercy promised to our fathers
and to remember his holy covenant,
73 the oath that he swore to our father Abraham, to grant us
74     that we, being delivered from the hand of our enemies,
might serve him without fear,
75     in holiness and righteousness before him all our days.
76 And you, child, will be called the prophet of the Most High;
for you will go before the Lord to prepare his ways,
77 to give knowledge of salvation to his people
in the forgiveness of their sins,
78 because of the tender mercy of our God,
whereby the sunrise shall visit us[a] from on high
79 to give light to those who sit in darkness and in the shadow of death,
to guide our feet into the way of peace.”

80 And the child grew and became strong in spirit, and he was in the wilderness until the day of his public appearance to Israel.