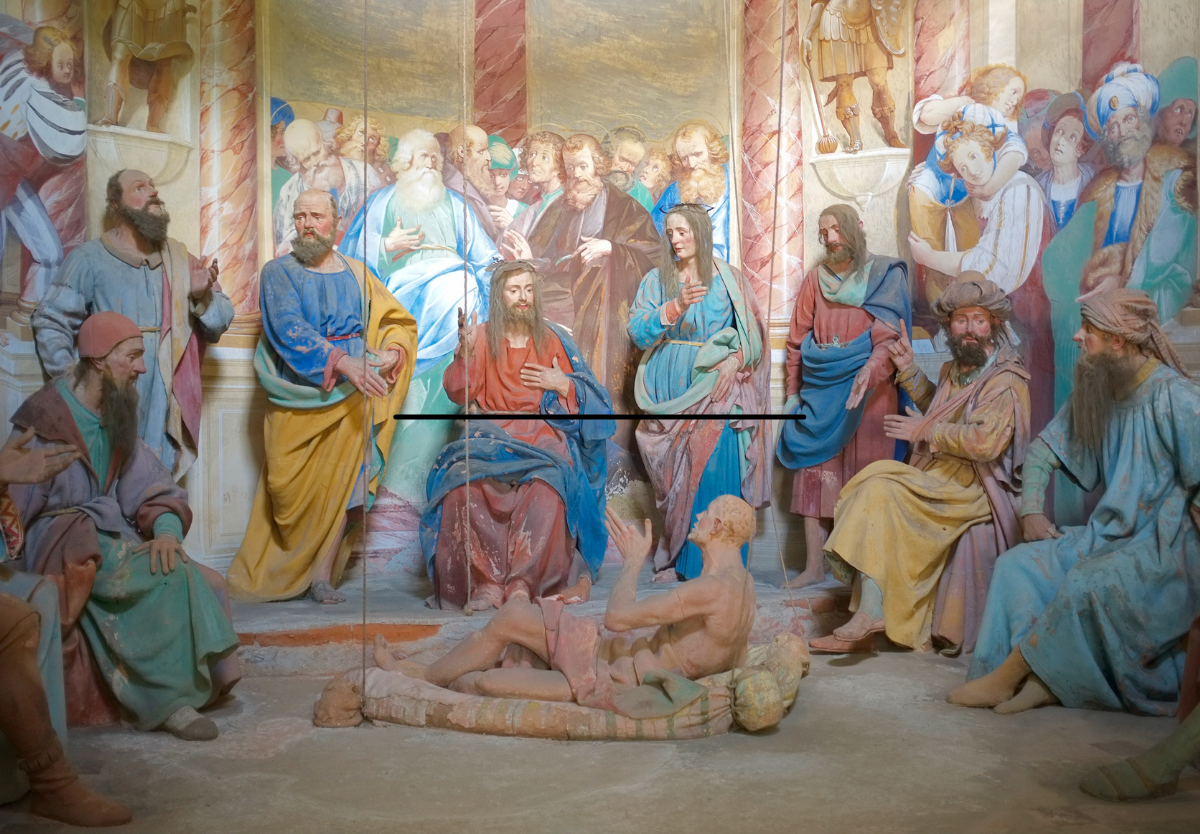 Home » Sharper Iron — The Beloved Physician’s Orderly Account: Jesus Does What the Law Cannot Do

St. Luke continues his account of Jesus’ ministry with two more healings. In the first account, a leper approaches Jesus with humility and boldness in asking for cleansing according to Jesus’ will. By cleansing the leper with His touch, Jesus does what the Law had been unable to do. In the second account, Pharisees and teachers of the law have come to observe Jesus in His teaching. The friends of a paralyzed man show bold faith in getting their friend to Jesus. He immediately forgives the man’s sins, which leads the religious leaders to assume Jesus is a blasphemer. Perceiving their thoughts, Jesus answers their question by speaking a word of healing to the paralytic. His authority to give working legs to the paralytic shows His authority to forgive sins, which He accomplishes by His death and resurrection.

12 While he was in one of the cities, there came a man full of leprosy.[a] And when he saw Jesus, he fell on his face and begged him, “Lord, if you will, you can make me clean.” 13 And Jesus[b] stretched out his hand and touched him, saying, “I will; be clean.” And immediately the leprosy left him. 14 And he charged him to tell no one, but “go and show yourself to the priest, and make an offering for your cleansing, as Moses commanded, for a proof to them.” 15 But now even more the report about him went abroad, and great crowds gathered to hear him and to be healed of their infirmities. 16 But he would withdraw to desolate places and pray.

17 On one of those days, as he was teaching, Pharisees and teachers of the law were sitting there, who had come from every village of Galilee and Judea and from Jerusalem. And the power of the Lord was with him to heal.[c] 18 And behold, some men were bringing on a bed a man who was paralyzed, and they were seeking to bring him in and lay him before Jesus, 19 but finding no way to bring him in, because of the crowd, they went up on the roof and let him down with his bed through the tiles into the midst before Jesus. 20 And when he saw their faith, he said, “Man, your sins are forgiven you.” 21 And the scribes and the Pharisees began to question, saying, “Who is this who speaks blasphemies? Who can forgive sins but God alone?” 22 When Jesus perceived their thoughts, he answered them, “Why do you question in your hearts? 23 Which is easier, to say, ‘Your sins are forgiven you,’ or to say, ‘Rise and walk’? 24 But that you may know that the Son of Man has authority on earth to forgive sins”—he said to the man who was paralyzed—“I say to you, rise, pick up your bed and go home.” 25 And immediately he rose up before them and picked up what he had been lying on and went home, glorifying God. 26 And amazement seized them all, and they glorified God and were filled with awe, saying, “We have seen extraordinary things today.”

Oratio: Help Those In Need