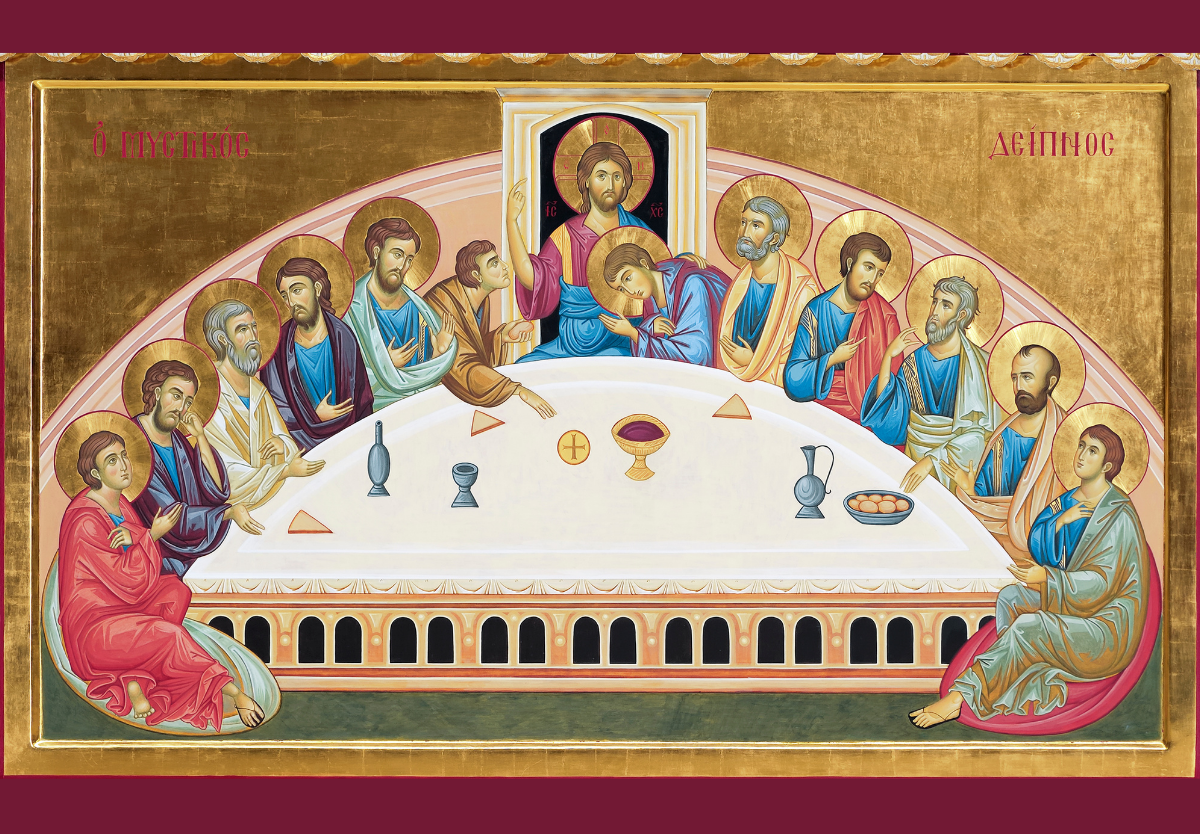 As Jesus enters into His Passion, the Old Testament context of the Passover provides the background. Jesus is the Lamb of God who gives Himself as the sacrifice in order to rescue us from slavery to sin, death, and the devil. The devil takes an active role by leading Judas to betray the Lord into the hands of the chief priests. Nonetheless, Jesus remains in control; He directs Peter and John to prepare the Passover with specific details that happen just as He had said. His words to His disciples at the meal indicate that He will bring the kingdom of God by His coming death and resurrection. Jesus fulfills the Passover meal and makes it His own as He institutes His Holy Supper. With the bread, Jesus gives His Body, and with the cup, Jesus gives His Blood, just as He said.

14 And when the hour came, he reclined at table, and the apostles with him. 15 And he said to them, “I have earnestly desired to eat this Passover with you before I suffer. 16 For I tell you I will not eat it[b] until it is fulfilled in the kingdom of God.” 17 And he took a cup, and when he had given thanks he said, “Take this, and divide it among yourselves. 18 For I tell you that from now on I will not drink of the fruit of the vine until the kingdom of God comes.” 19 And he took bread, and when he had given thanks, he broke it and gave it to them, saying, “This is my body, which is given for you. Do this in remembrance of me.” 20 And likewise the cup after they had eaten, saying, “This cup that is poured out for you is the new covenant in my blood.[c] 21 But behold, the hand of him who betrays me is with me on the table. 22 For the Son of Man goes as it has been determined, but woe to that man by whom he is betrayed!” 23 And they began to question one another, which of them it could be who was going to do this.

Oratio: Carrying the Burden of the World's Sins

The Coffee Hour — Short-Term Service on the Mission Field