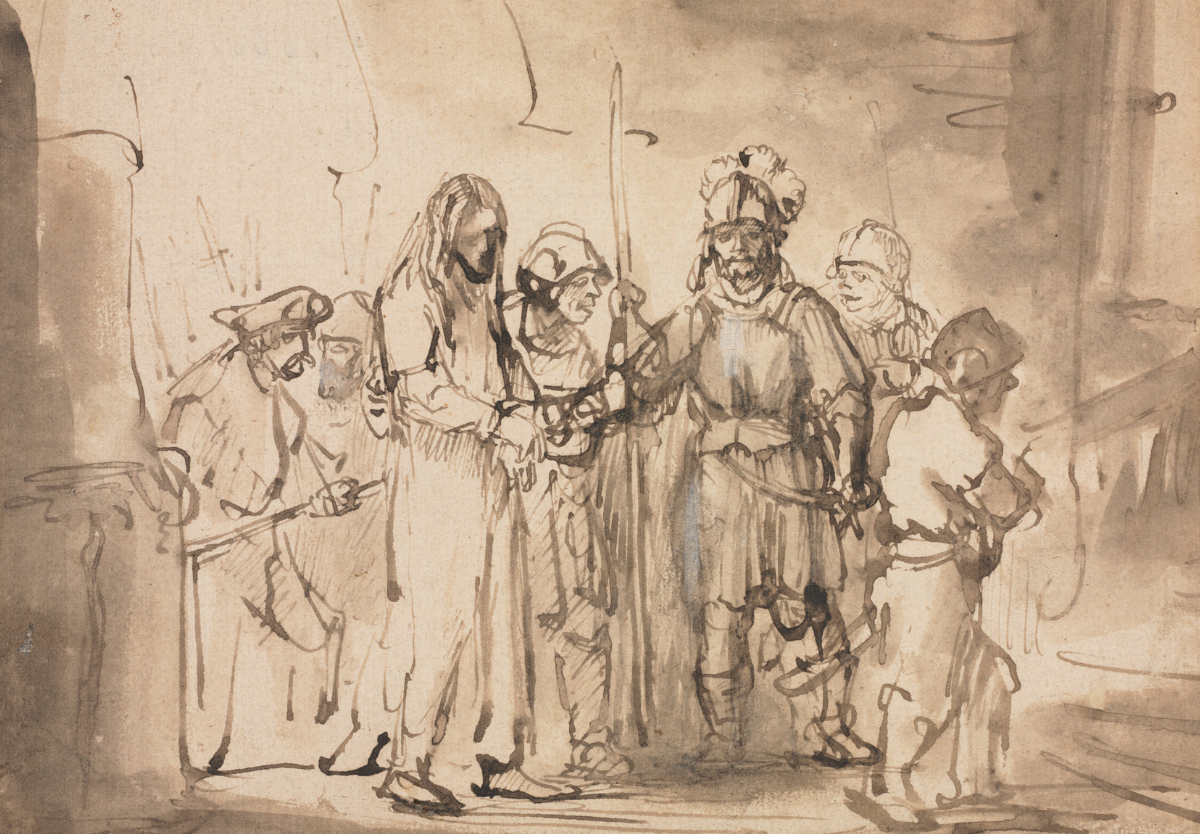 Home » Thy Strong Word — Matthew 26:57-75. Unbelievable mercy to unbelievable sinners: Are you the Son of God?

The religious leaders are gathering the forces and using all of their political chips to take Jesus down. After all the attempts they could only rely on false prophets to bring Him to Pilate. The claim of blasphemy is that He threatened the temple and usurped the religious leaders. When we get to Peter’s denial we realize the seriousness from Matthew 5 about oaths and Jesus’ words “whoever confesses me before men I will confess before My Father who is in heaven” cut us to the heart. The story of Peter is the reason why we have the cross: broken, weak sinners needing a Savior to become broken and weak for them. “O Christ, You walked the road; Our wand’ring feet must go. You faced with us temptations pow’r; and fought our ancient foe.” (Lutheran Service Book 424, O Christ, You Walked the Road).

69 Now Peter was sitting outside in the courtyard. And a servant girl came up to him and said, “You also were with Jesus the Galilean.” 70 But he denied it before them all, saying, “I do not know what you mean.” 71 And when he went out to the entrance, another servant girl saw him, and she said to the bystanders, “This man was with Jesus of Nazareth.” 72 And again he denied it with an oath: “I do not know the man.” 73 After a little while the bystanders came up and said to Peter, “Certainly you too are one of them, for your accent betrays you.” 74 Then he began to invoke a curse on himself and to swear, “I do not know the man.” And immediately the rooster crowed. 75 And Peter remembered the saying of Jesus, “Before the rooster crows, you will deny me three times.” And he went out and wept bitterly.

Daily Chapel — Rev. Sean Daenzer on the Passion according to St. Luke

A Moment on the Lighter Side: The Gospel According to St. Luke