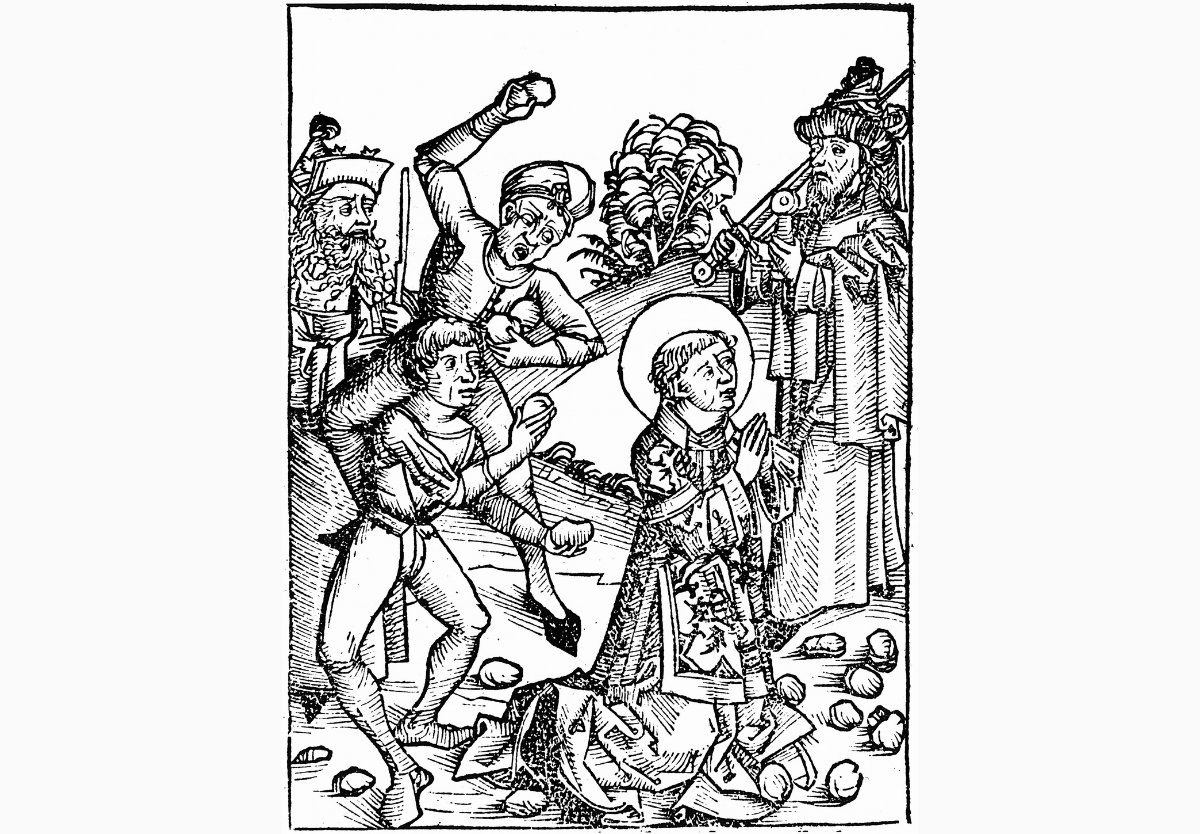 Home » Sharper Iron — To the End of the Earth: Stephen’s Blessed Death

Stephen concludes his sermon before the Sanhedrin by reminding them of God’s history of dwelling among His people. Long before the temple, the LORD dwelled in the tabernacle. God’s promise to dwell among His people is what counted; apart from the LORD’s promise, the people fell into idolatry toward a building. When Stephen accuses the Sanhedrin of following in the idolatry of their fathers, they gnash their teeth at him. When Stephen proclaims that he sees Jesus at God’s right hand, they pick up stones to throw at him. Yet Stephen follows in the footsteps of Jesus, commending himself into the Lord’s hands and praying for those who kill him. Saul stands by and approves of Stephen’s execution, yet even his persecution of the Church cannot stop the Lord’s Word from going forth.

44 “Our fathers had the tent of witness in the wilderness, just as he who spoke to Moses directed him to make it, according to the pattern that he had seen. 45 Our fathers in turn brought it in with Joshua when they dispossessed the nations that God drove out before our fathers. So it was until the days of David, 46 who found favor in the sight of God and asked to find a dwelling place for the God of Jacob.[a] 47 But it was Solomon who built a house for him. 48 Yet the Most High does not dwell in houses made by hands, as the prophet says,

49 “‘Heaven is my throne,
and the earth is my footstool.
What kind of house will you build for me, says the Lord,
or what is the place of my rest?
50 Did not my hand make all these things?’

54 Now when they heard these things they were enraged, and they ground their teeth at him. 55 But he, full of the Holy Spirit, gazed into heaven and saw the glory of God, and Jesus standing at the right hand of God. 56 And he said, “Behold, I see the heavens opened, and the Son of Man standing at the right hand of God.” 57 But they cried out with a loud voice and stopped their ears and rushed together[b] at him. 58 Then they cast him out of the city and stoned him. And the witnesses laid down their garments at the feet of a young man named Saul. 59 And as they were stoning Stephen, he called out, “Lord Jesus, receive my spirit.” 60 And falling to his knees he cried out with a loud voice, “Lord, do not hold this sin against them.” And when he had said this, he fell asleep.

The Coffee Hour — New Chinese Translation of the Book of Concord