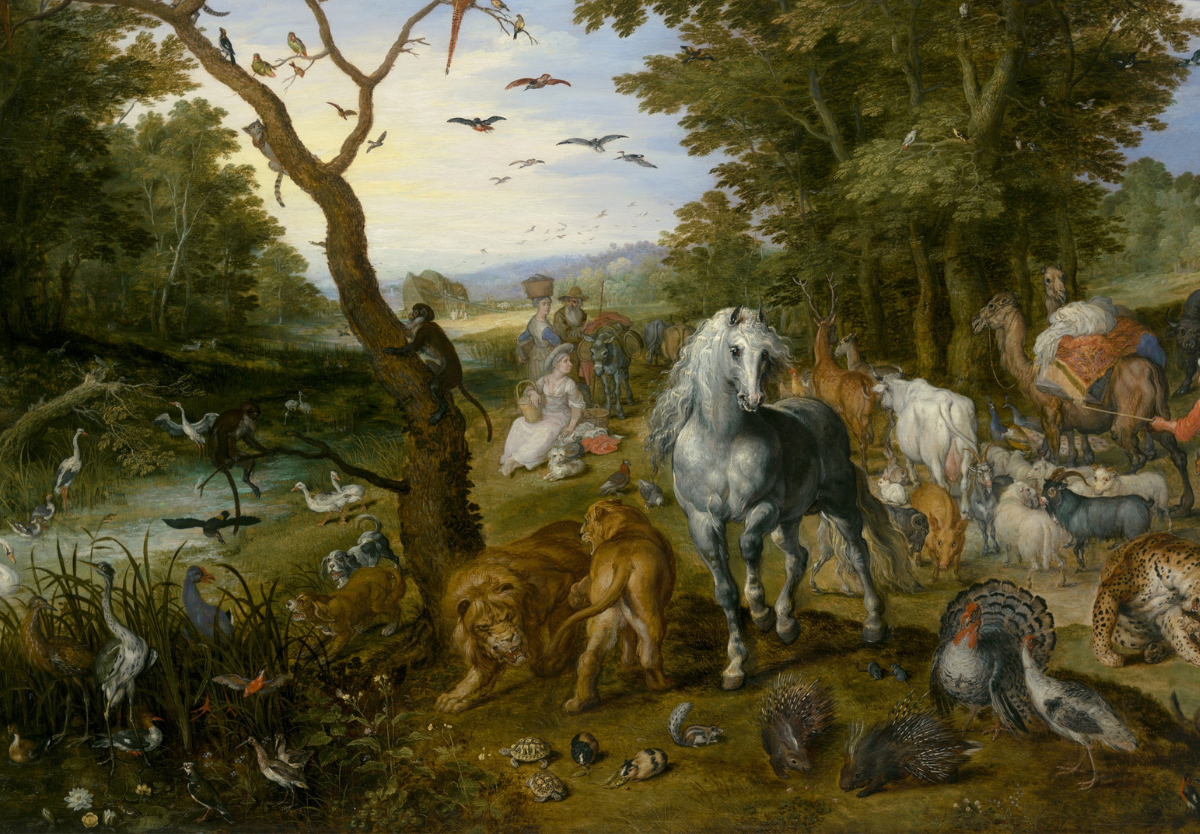 Home » Thy Strong Word — Genesis 7. And Noah did all that the LORD had commanded him.

In faith, Noah built the ark and now it was getting real. The door was shut, the rain came, and all flesh on the earth died. Noah knew all of the destruction to come, but by God’s grace still did all that the LORD had commanded him. As the LORD saved Noah and his family through the ark, we are reminded that He has saved us by Christ through Baptism (I Peter 3:21). The wrath placed on the world has now been placed on Christ. “Lord Jesus Christ, as the Father’s wrath was placed on Your shoulders, we give You thanks for the freedom from sin and help us to live like Noah in doing Your will. In Your name, Amen”

7 Then the Lord said to Noah, “Go into the ark, you and all your household, for I have seen that you are righteous before me in this generation. 2 Take with you seven pairs of all clean animals,[a] the male and his mate, and a pair of the animals that are not clean, the male and his mate, 3 and seven pairs[b] of the birds of the heavens also, male and female, to keep their offspring alive on the face of all the earth. 4 For in seven days I will send rain on the earth forty days and forty nights, and every living thing[c] that I have made I will blot out from the face of the ground.” 5 And Noah did all that the Lord had commanded him.

6 Noah was six hundred years old when the flood of waters came upon the earth. 7 And Noah and his sons and his wife and his sons’ wives with him went into the ark to escape the waters of the flood. 8 Of clean animals, and of animals that are not clean, and of birds, and of everything that creeps on the ground, 9 two and two, male and female, went into the ark with Noah, as God had commanded Noah. 10 And after seven days the waters of the flood came upon the earth.

11 In the six hundredth year of Noah’s life, in the second month, on the seventeenth day of the month, on that day all the fountains of the great deep burst forth, and the windows of the heavens were opened. 12 And rain fell upon the earth forty days and forty nights. 13 On the very same day Noah and his sons, Shem and Ham and Japheth, and Noah’s wife and the three wives of his sons with them entered the ark, 14 they and every beast, according to its kind, and all the livestock according to their kinds, and every creeping thing that creeps on the earth, according to its kind, and every bird, according to its kind, every winged creature. 15 They went into the ark with Noah, two and two of all flesh in which there was the breath of life. 16 And those that entered, male and female of all flesh, went in as God had commanded him. And the Lord shut him in.